One of our reporters is becoming a rabbi. Here’s a look back at some of his best journalism. 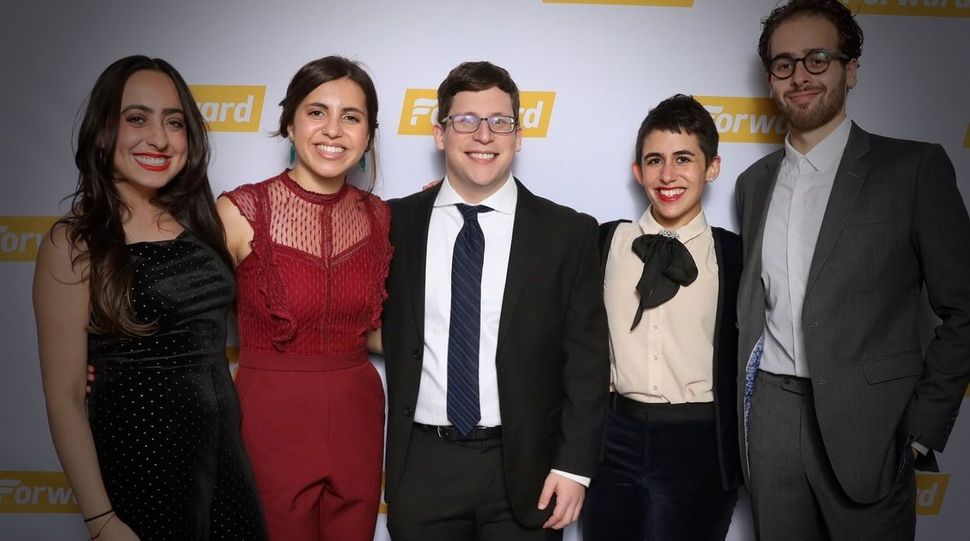 Aiden Pink, center, with Forward colleagues at the 2019 Forward gala. Image by Forward

Today is Aiden Pink’s last at the Forward — his last, actually, as a professional journalist. He is leaving to go to rabbinical school, as he explains in this personal essay. He has promised to continue to contribute — an occasional column through his first year at the Jewish Theological Seminary, for starters.

In four years at the Forward, Aiden has racked up 1,343 bylines some of them among our most important, most interesting and most-read stories. He breaks news, he explains complicated issues, he investigates institutions, he reveals surprising details of present and past, he manages to connect a surprising number of news events and newsmakers back to his native Minnesota.

Here’s something of a highlight reel, in reverse chronological order:

After years of covering incidents of swastika vandalism and other hateful acts at colleges and universities, Aiden noticed something: many of the incidents, despite generating headlines when they happened, were absent from campus’s annual crime reports to the federal government.Despite the intense focus on universities by groups fighting antisemitism, nobody had ever looked at this before in a systematic way.

So Aiden built a database, comparing three years of news and other reports from more than 200 campuses to those school’s mandated filings under the Clery Act, which was named for a 19-year-old woman raped and killed in her dorm room at Lehigh University, a place her parents said they would never have let her go if they’d known about its crime rate. 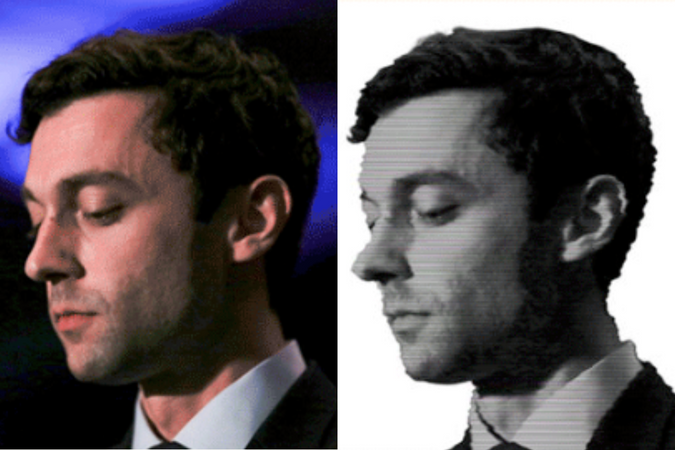 This July, Aiden had to take a Talmud class in the mornings to prepare for JTS. But he wanted to keep working, so we changed his schedule to a later shift. Which meant he was on duty when the campaign of Sonny Perdue, a Republican Senator from Georgia, published an ad on Facebook featuring his Jewish opponent Jon Ossoff, which made Ossoff’s nose look bigger than it is. Aiden polled multiple graphic design experts, and broke the news that the ad had clearly enlarged Ossoff’s nose. As a result of Aiden’s reporting, the Perdue campaign deleted the ad, saying that the nose change was an accident.

Ossoff didn’t agree: “This is the oldest, most obvious, least original anti-Semitic trope in history,” he wrote on Twitter. “Senator, literally no one believes your excuses.”

The story was picked up by The New York Times, Washington Post, CNN, CBS, NBC, Politico and the Atlanta Journal-Constitution.

A country without shul

About six weeks into the coronavirus crisis, many but not all cities and states had barred houses of worship from hosting in-person services. Many of the states where businesses were still allowed to operate were also in places with very few synagogues.

It was of course Rabbi-to-be-Pink who set out to determine whether there was anywhere in America where a Jew could walk into a synagogue and pray. He called them all, and it seemed not.

Tommy Pickles parts the sea in “A Rugrats Passover.” Image by NickRewind/YouTube

This really speaks for itself. You have to be of a certain age to know about this phenomenon — but anyone of any age will enjoy Aiden’s exploration of it.

Show us the money

Long before Momala was nominated to be vice president, months ahead of the (brief) moment when it looked like the Democratic National Convention might be a standoff between two Jewish septuagenarian men from New York, Aiden figured out how to figure out who Jewish voters were supporting.

Again building his own database, and using some cool name-analysis software, he discovered that in the all-important competition over donations in the first quarter of 2019, it was a Christian gay veteran from Indiana capturing the wallets of America’s Jews. 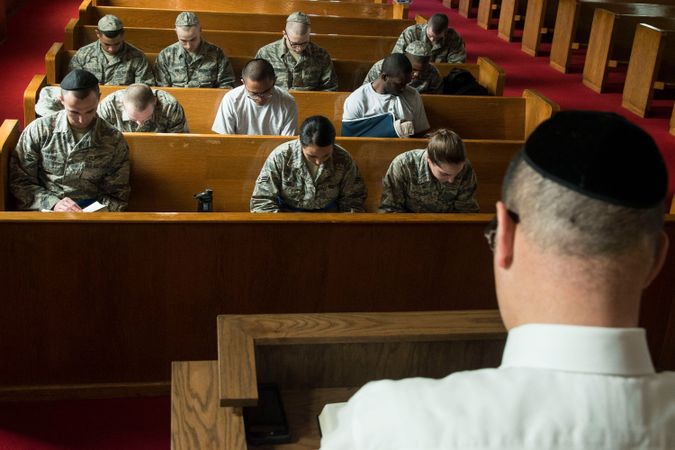 In his essay explaining his decision to leave journalism and become a rabbi, Aiden cited two instances when he attended minyanim on assignment as steps along the way.

He spent Shabbat on Lackland Air Force Base in San Antonio, Tex., where a chaplain led services in a church for six recruits in camouflage kippot. 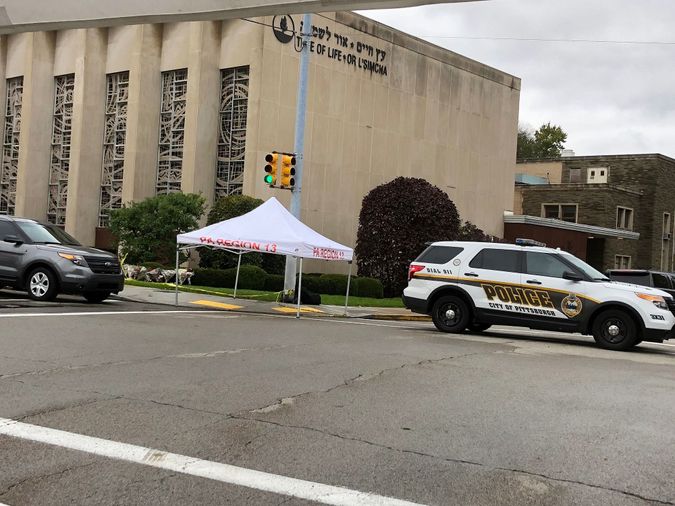 And the morning after the horrific massacre at the Tree of Life synagogue on Pittsburgh in October, 2018, Aiden was among the 50-plus people in the pews at a neighboring congregation, hearing the victims’ names recited before Mourner’s Kaddish,

One of Aiden’s special sub-specialties is Jews and sport. Sometimes this takes the form of trivia from baseball history, and sometimes it’s about applying a Jewish lens to whatever field is the focal point of the moment. For the 2018 World Cup, with no team from the United States or Israel, he offered American Jews the definitive if goofy guide to who to root for. (Hint: we love an underdog!) 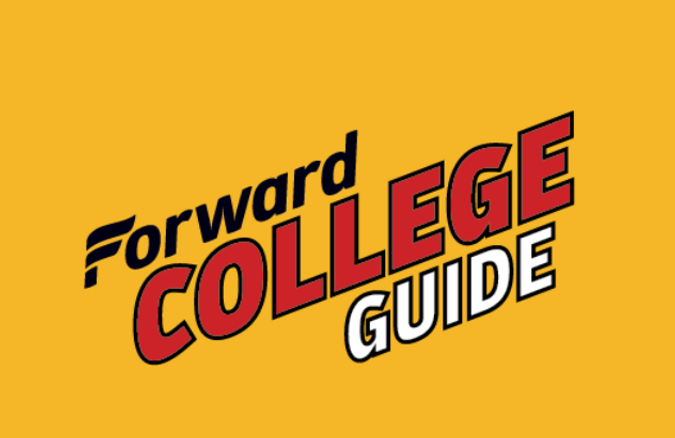 One of the first major projects Aiden took on after arriving at The Forward was a Jewish college guide. And it was truly major! The second-annual guide, compiled with former deputy opinion editor Laura Adkins, contained more than 20,000 pieces of information about 215 campuses. It included student voices, to bring life to the data points and really explain what it’s like to be a Jew at Brown University or Vanderbilt (both of which made the year’s Top 10).

The guide includes tips on the best places for Orthodox Jews and for Zionists, the safest places, the schools with the most scholarships. Alas, it does not assess the best campuses for containing the coronavirus or remote study!

One of our reporters is becoming a rabbi. Here’s a look back at some of his best journalism.