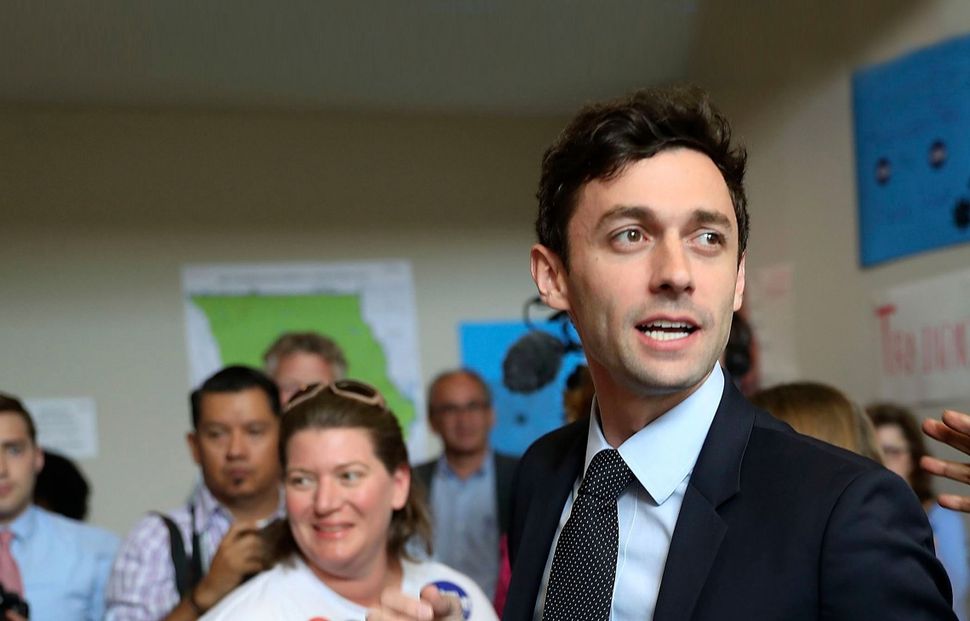 This election cycle has become a tale of two Georgias for the state’s Jewish community.

In January’s run-off election, Jon Ossoff is poised to become the first Jewish Senator ever elected, not just in Georgia but from any Deep South state since Reconstruction. At the same time, this campaign season has seen the rise of the antisemitic QAnon conspiracy that fueled Marjorie Taylor Greene’s successful campaign in Georgia’s 14th congressional district. 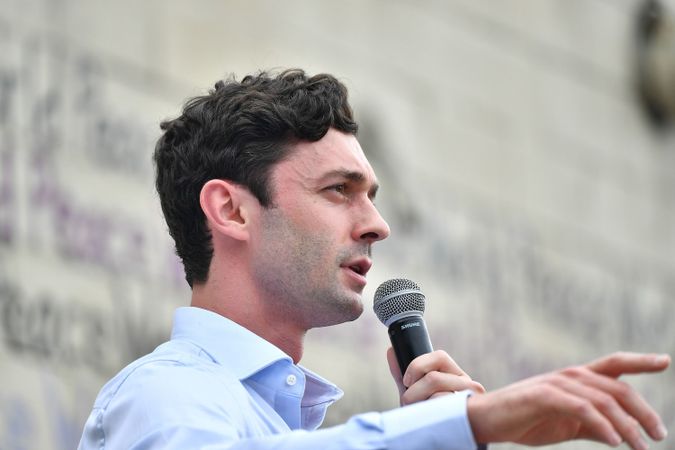 These countervailing forces define the story of the Jewish community in the South, where the path to assimilation has often seen historic triumphs followed by the return of a haunted past.

“Southern Jews often feel like the wide receiver who drops a pass because he thinks he hears footsteps creeping up behind him, and for good reason, because there’s a history there,” said Steve Oney, a Georgia native and author of “And The Dead Shall Rise,” the definitive book about the 1915 lynching of Leo Frank.

This condition points to a conundrum in Southern Jewish life today. While the Jewish community has long ties to the region, dating back to the Colonial era, and has undergone a recent population boom, there are few Jewish lawmakers to be found across the South today.

This phenomenon is especially striking when compared to other parts of the country, where Jewish politicians are well represented — even overrepresented proportional to the population — in state governments and congressional delegations. Out of the 240 Jewish representatives that serve in legislatures around the country, only a handful are from the South.

It’s not even that Jews make up a smaller percentage of the population in the region. To take Georgia as an example, Jews are roughly 2% of the population according to a recent count. That may be far below New York’s 9%, but it is still significant — Florida’s Jewish population is 3% .

Even if Georgians send Ossoff to Washington, back in the state capital there will only be one Jewish legislator present out of 236 members in the General Assembly when the legislature reconvenes in January. That’s 0.04 percent of the legislature. Two terms ago, there were none, after a pair of veteran Jewish representatives lost their seats.

It doesn’t look any better across the rest of the Deep South. You won’t find a single Jewish representative in the state governments of Alabama, Mississippi, North Carolina, Tennessee or Arkansas, despite Jews’ deep cultural roots in cities like Jackson, Mississippi, and Birmingham, Alabama. Only in recent decades have these communities lacked a voice in their local and state governments.

“Historically Jews were very involved in political life in the Deep South from the end of the Civil War into the 20th century,” said Michael Cohen, a history professor in the Jewish Studies Department at Tulane University. “It was very common to see towns in the South controlled by Jewish mayors and councilmembers.”

Today, not only are Jewish Georgians losing elections, but fewer are even going into politics, according to the Atlanta Jewish Times. This trend belies the assimilation story American Jews have internalized in the 21st century, where political representation has been held up as a proxy for acceptance in public life.

Rep. Mike Wilensky, currently the only Jewish lawmaker in the Georgia state legislature, expressed skepticism that the lack of Jewish politicians in the state at the moment is anything more than an aberration. But when asked about any incidents where his identity was used as a wedge issue, he was quick to offer an example.

When he first ran for election in 2018, there’d been a steady influx of Jewish families to the Atlanta metropolitan area for some years.

“During my run, it was made into a campaign issue that I was from outside the district— even though my opponent was as well, which many people in my circles interpreted as a dog whistle given the context,” said Wilensky.

Others in the Jewish community who’ve observed the relative absence of Jewish lawmakers in recent years see a long history that stretches back to the most fraught eras for Southern Jewry.

“Being Jewish and being Southern meant you had to walk a fine line,” said Sandra Berman, the founding archivist at the Atlanta’s Breman Jewish Heritage and Holocaust Museum. “You couldn’t be that outspoken in how you felt or you’d get a cross burned on your lawn.”

The most prominent and successful Jewish politicians in the South have skillfully managed this high wire balancing act between their Jewish identity and Southern pride. In 1973, Florida’s William Lehman became the first Jewish congressman elected from the South. Originally from Selma, Alabama, Lehman campaigned as “Alabama Bill” to prove his Southern credentials while also building strong support among African Americans.

As Berman and other members of Atlanta’s Jewish community have noted, the current woes in Jewish political life in the South can be traced back to the 1915 lynching of Leo Frank. Before Frank’s murder, Jews played a significant role in Southern politics during Reconstruction and held influential positions, controlling a number of mayorships across the region.

Particularly in Atlanta, German Jewish families who’d already been in the state before the Civil War had assimilated into the highest orders of the city’s social structure and business elite.

“Atlanta was what people used to call a five o’clock town, meaning that during business hours Jews and gentiles were on equal footing and ran the city, but in the evening they had separate social lives,” said Oney.

The veneer of acceptance unraveled during the trial of Leo Frank, a German Jew from an old Atlanta family who was accused of raping and murdering a young white girl. After higher courts acquitted Frank, an angry mob kidnapped him from the county jail and lynched him just outside of Atlanta. The event was known as the Dreyfus Affair of the American South. 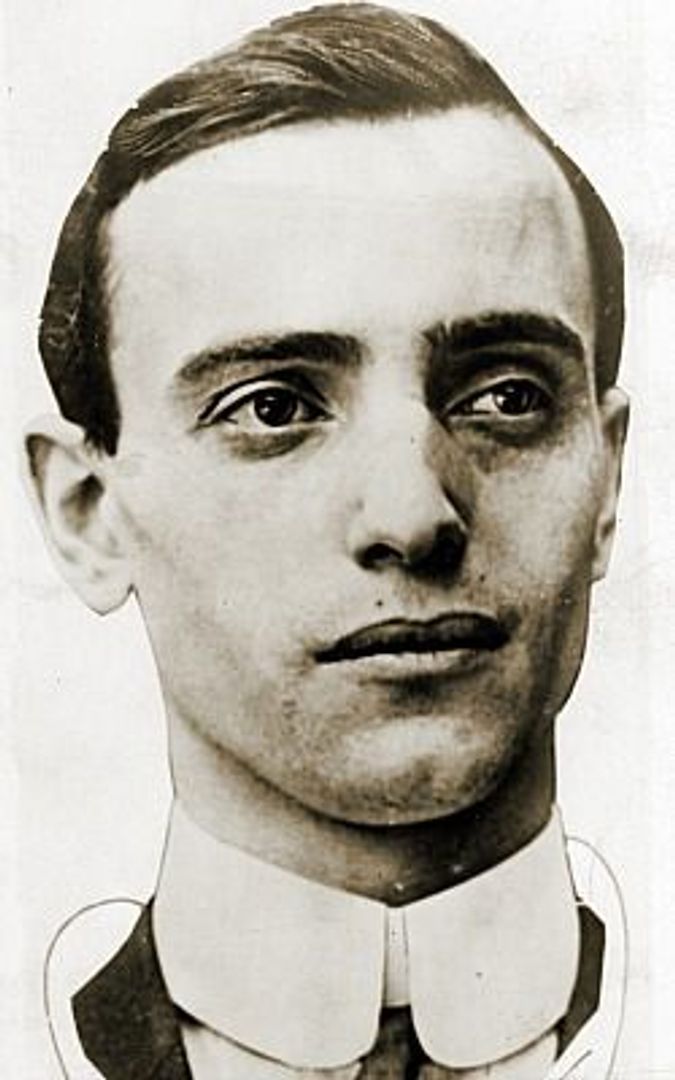 “It was a deep bruising wound that sent the Jewish community underground,” said Oney. “They didn’t want to call attention to themselves in public life.”

According to Oney, the incident likely led to a dropoff in Jewish participation in state politics. It wasn’t just the public spectacle of the lynching. The coordination it took to break Frank out of county jail reached all the way up the political ladder and left many Jews with a deep skepticism towards the state government.

The year 1915 might seem like ancient history, substantially removed from Jon Ossoff’s Senate race. But the district that elected QAnon candidate Marjorie Taylor Greene this November sits just several miles from the site where Frank was murdered. Farther afield, in an op-ed published in October, California State Senator Scott Weiner, a gay Jewish Democrat, detailed the amount of hate mail he’d received from QAnon supporters that make specific references to the lynching of Frank.

It’s telling that the domain names on the internet for Leo Frank have all been bought up by far-right antisemitic groups. “These are the forces in the background that Ossoff and other Jewish politicians are up against,” said Oney.

Southern Jews, especially in Atlanta, regained their voice during the civil rights movement, which was a defining era for Jewish politics in the South. The political climate in the 1930s and ‘40s had been perilous as several Jewish candidates lost to opponents who made direct references to their Judaism. Not only did a number of anti-Jewish groups emerge, but the era of anti-communism posed serious challenges to Jewish involvement in public life.

“At the height of anti-communism, the words ‘Jew’ and ‘Communist’ became almost interchangeable, ” said Berman. “That all bled into the strife of the civil rights period.”

In 1958, the oldest Atlanta synagogue, simply known as The Temple, was bombed by white supremacists because of the head rabbi’s outspoken support for the civil rights movement. 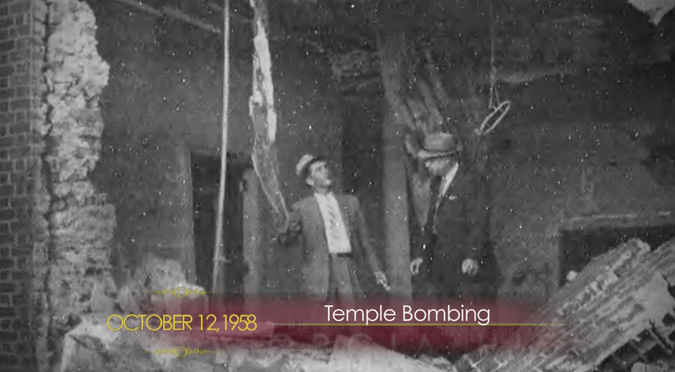 The aftermath of the bombing of The Temple in Atlanta, Oct. 12, 1958. Image by www.todayingeorgiahistory.org

“Many Jews in Atlanta saw in the civil rights movement a shared history of persecution and believed they should be on the right side of the struggle,” said Eric Goldstein, a history professor at Emory University and author of “The Price of Whiteness: Jews, Race, and American Identity.”

The Black-Jewish alliance forged in the struggles of the 1960s led to a flourishing of Jewish politicians in Georgia. In the early 1970s, Sam Massell became the first Jewish mayor of Atlanta and Elliot Levitas the first Jewish congressman elected in the state. There was also a boom for Georgia Jewish Democrats on the national stage under the presidency of Jimmy Carter, who brought several Jewish advisors along with him to Washington and nominated others to cabinet positions.

In recent years, however, the political trends of polarization have made it more difficult for Jewish candidates to win statewide, Goldstein argues. Historically, successful Jewish candidates had to form broad coalitions to win and balance multiple identities. The divisions within today’s politics have in many ways undercut this strategy, rendering it ineffectual.

“Southern Jews traditionally were moderates, so as politics has become more polarized it’s made it harder for Jews to find a place even in local politics,” said Goldstein.

As Israel has increasingly become a wedge issue for American Jews, it’s turned into a roadblock for many Jewish candidates to unify the Jewish vote even within districts where they hold a sizable share of the population.

“If you’re a Jewish candidate everyone wants to know where you stand on Israel, but if you hold either position on Israel, left or right, you’re going to get a lot of blowback from one side of the Jewish community,” said Rabbi Laurence Rosenthal of Atlanta’s Ahavath Achim Synagogue.

These challenges, historical and contemporary, face Jewish candidates running for office today, as Ossoff well knows. Early in the campaign, his opponent, Sen. David Perdue ran a Facebook ad targeting Ossoff that appeared to have been altered to make Ossoff’s nose bigger. And Ossoff has had to defend fellow candidate Rev. Raphael Warnock on charges of being anti-Israel.

But if Ossoff and Warnock can revive the Black-Jewish alliance that propelled Jewish politics after the civil rights movement, many in the community hope that a joint victory in January could bring about something unusual — a renaissance for Jewish candidates in Georgia.

Luke Goldstein is a recent graduate from Wesleyan University whose family roots go back to late 19th-century Georgia. He writes a politics blog on Substack.com, Exiles on Main St.: Local Issues from a Global Angle.