‘Harmonic convergence and a lottery ticket’: What NYT’s Halbfinger says it will take for Israeli-Palestinian peace 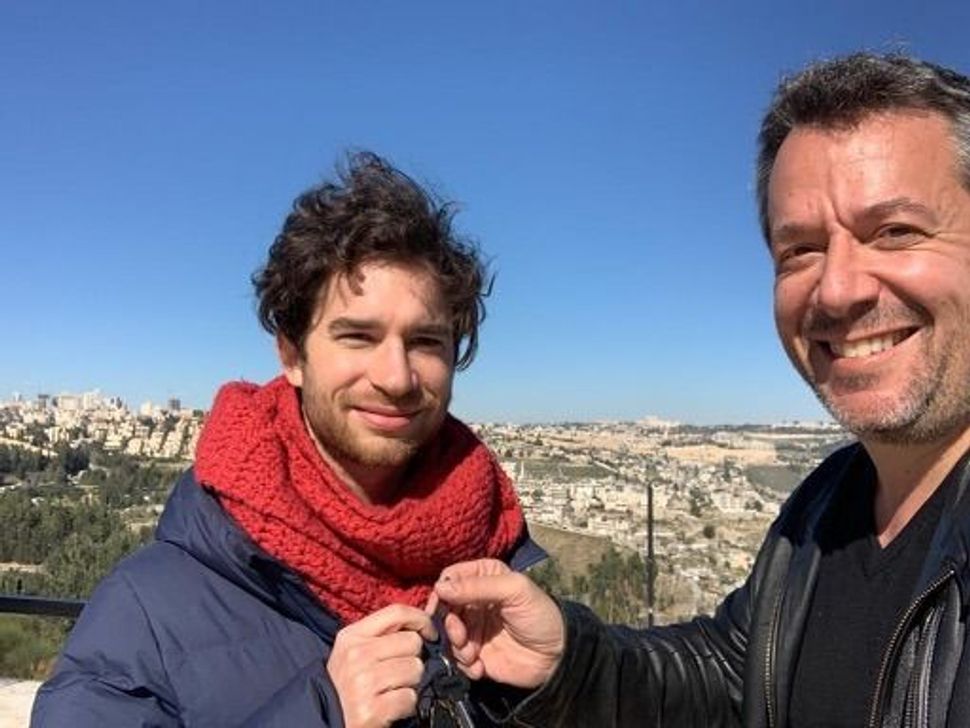 Even without the pandemic time-warp, it is mind-blowing to think that I have been back from my tour as The New York Times’ Jerusalem bureau chief for five years. But Facebook keeps surfacing those anniversary pictures — the four Rudorens with mountains of bags at the airport after our flight home was cancelled; the stitches over my son’s eyebrow from when he hit his head on the corner of the nightstand our first morning in Montclair, New Jersey. We just paid off the 2016 Honda Pilot we bought our first week as repatriated Americans. 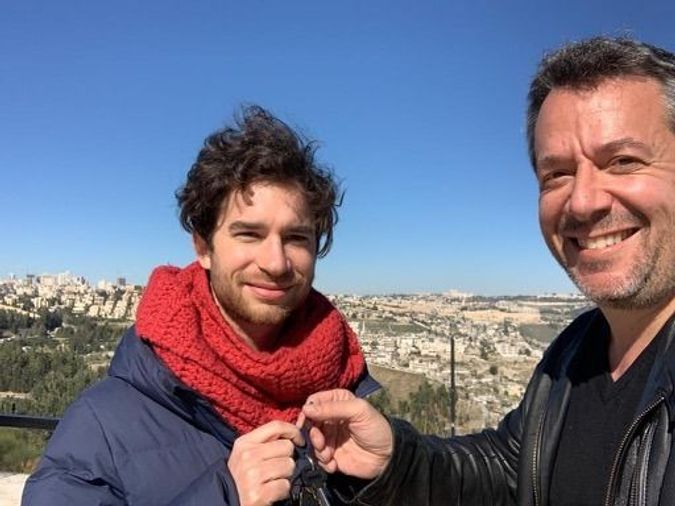 And nothing makes it more real that seeing my successor in the role, David Halbfinger, making the same reverse-pilgrimage. Watching Halbfinger, a friend and colleague I have known more than 30 years, reflect on his years covering the Israeli-Palestinian conflict brings both a profound sense of déjå vu and a chance to ponder how much the place has changed — and how it has not.

“It’s going to take a harmonic convergence and a lottery ticket,” Halbfinger said in a Zoominar-podcast hosted by the Israel Policy Forum this week when asked to assess the prospects for a two-state solution. “Maybe it will never happen. Maybe it will just get too hot in 50 years and everyone will have to go somewhere else.”

(Oh, I used to make that joke about one driver of the tension being that the religious people on both sides, in their modest clothing, were overheating in the desert sun…)

Halbfinger and I first met when we were both high school newspaper editors, at a Columbia Scholastic Press Association convention, and we have trod remarkably parallel paths. We worked together at the Yale Daily News, reconvened as cub reporters for The Times in our 20s, were national correspondents at the same time, and jointly covered the 2004 presidential campaign, trading seats on John Kerry’s campaign plane for months.

I thought my political experience came in handy when Israel had two national elections during my almost four-year tenure; Halbfinger, who helped lead The Times’ 2016 politics desk, turned out to be the perfect bureau chief for the moment, as Israelis returned to the ballot box three times over 11 months.

“I was convinced I was going to be there for an epochal change in leadership,” Halbfinger said on the Zoom, noting that Israeli Prime Minister Benjamin Netanyahu was facing a corruption trial, and President Mahmoud Abbas of the Palestinian Authority was in his 80s. “New leaders, you’ll have peace, right?” Well, not so much. “Abbas just outlasted Trump,” Halbfinger noted. “He can put that on his tombstone.”

Alas, no epochal change in leadership, nor in the peace process, but Halbfinger did point out some significant shifts in the situation during his tenure. President Trump moving the American embassy moving to Jerusalem and the signing of Abraham Accords, of course. But also the fact, as our contributing columnist Muhammad Shehada also wrote about this week, that Abbas is now talking about major changes to the Palestinian government’s system of giving stipends to the families of prisoners and so-called “martyrs” who die fighting Israel, in response to Trump’s successful push for legislation barring American aid to the P.A. while such payments continue.

“There’s something to be said that it really did shake things up,” Halbfinger said of Trump’s Mideast moves. Speaking of the Palestinian leadership’s anticipation of changes under President Joe Biden, he added: “They’d like to see everything rolled back — they’re not going to get everything rolled back,”

And, of course, a fourth Israeli election looms on March 23, which Jacob Kornbluh, the Forward’s senior political reporter, wrote about twice this week.

He talked to liberal Zionists about Netanyahu’s recent outreach to Arab voters, which they variably described as ”cynical ploy” or “positive development,” and he interviewed Merav Michaeli, the feminist celebrity just elected to head the beleaguered Labor Party, about her long-shot prospects of reviving Israel’s moribund left.

Netanyahu also, for the first time, faces serious challenges from the right, and one of those rivals, Gideon Sa’ar, has hired the Lincoln Project, Republican strategists whose anti-Trump ads captivated the Internet last year.  Halbfinger didn’t give odds on Netanyahu’s chances, only saying, “He’s so skilled at tailoring his message to the moment, to his needs.”

In the hourlong conversation, Halbfinger was asked so many of the questions I have gotten regularly now for five years. How did being there affect him as a Jew? “I have to stipulate that it must have had some impact,” he said, but demurred on any specifics.

What did he learn about the conflict he did not know before? “What’s surprising is how similar the people on both sides are,” he said, noting that Israelis Jews and Palestinians are both warm, hospitable, ”tough on the outside,” resourceful, family-oriented, “able to put up with a lot” and “love the land.” What food would he miss most? He snuck out “a kilo of Za’atar.”

As for the biggest question, about the prospects for peace, he mentioned one of his last conversations with Saeb Erekat, the longtime Palestinian negotiator who died of complications from COVID-19 in October.

“All he could really muster was, ‘we’re still here,’” Halbfinger recalled. “It’s not an argument, it’s not a strategy, but it’s a powerful statement — it’s profound,” he noted, and I completely agree. “Unless you’re going to put them on trucks, you’re going to have to deal with them. At some point, push is going to come to shove. It’s not something that can just be ignored forever.”

‘Harmonic convergence and a lottery ticket’: What NYT’s Halbfinger says it will take for Israeli-Palestinian peace