What Saeb Erekat taught me about the peace process 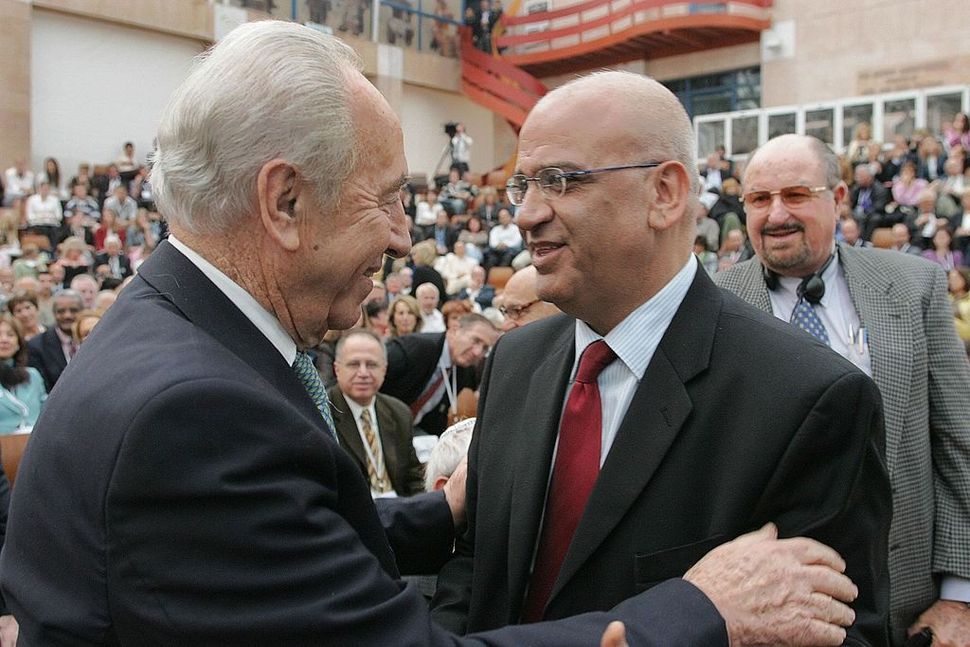 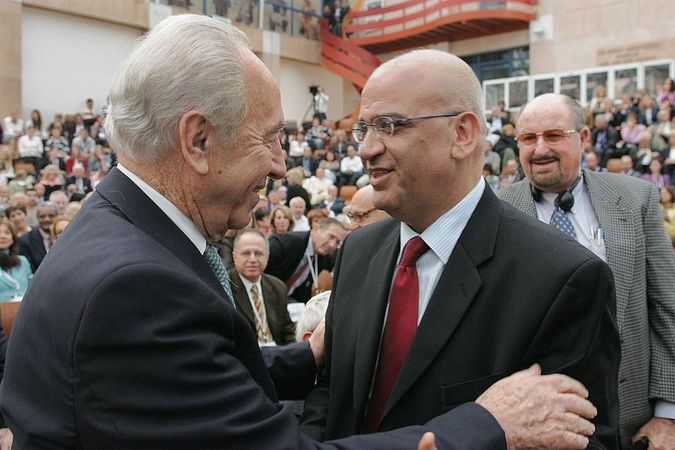 Editor’s note: Saeb Erekat died on Nov. 10, 2020, after contracting Covid-19. This article was originally published while he was in the hospital, on Oct. 23.

The prognosis is grim for Saeb Erekat, grimmer even than the dire outlook for the peace process that has been his life’s work. Erekat, the chief Palestinian negotiator for as long as anyone can remember, has Covid-19 and is in critical condition at Hadassah Hospital in Jerusalem.

This has exposed some ugly symptoms of the ailing peace process: an Israeli protester held a sign outside Erekat’s hospital window saying “Let him die,” and members of the Knesset have suggested both that it is wrong to “treat the enemy” and that his care should be exchanged for “some concessions from the Palestinians.” But Erekat, who is 65 and had a lung transplant in 2017, is in even worse condition — doctors told his family to say goodbye days ago, and report multiple organ deterioration. 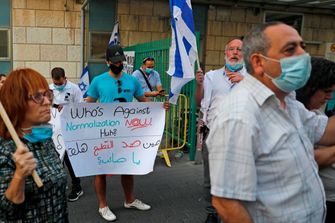 I did not get to know Erekat well during my tenure as Jerusalem bureau chief of The New York Times, which is another sign of the poor health of the peace process — I realized about midway through my tour, while covering Secretary of State John Kerry’s futile negotiations, that I was probably the first person to take that job not thinking a historic deal might happen on my watch.

But I spoke to him scores of times, usually short telephone interviews in which he repeated stale talking points, and appreciated that he almost always responded directly to journalists’ text-messages, even late at night, likely a courtesy left over from his years working at the Palestinian newspaper Al Quds.

I credit Erekat, too, with perhaps my most important takeaway from my four years covering the conflict up close: that no progress can be made when Palestinians and Israeli Jews talk about the past — an agreement will only be possible if it is framed as “from this day forward.” 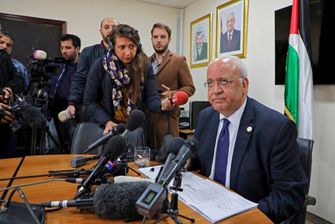 The revelation came during the Christmas dinner Erekat and the Palestine Liberation Organization host annually for international correspondents just outside Bethlehem, where a giant maqluba, the classic Levantine upside-down rice-vegetable-meat dish, is the reward for sitting through a few political speeches.

I was working on a story about how Israeli Prime Minister Benjamin Netanyahu had elevated the issue of Palestinian recognition of Israel’s Jewishness to the top of his priority list in Kerry’s secret talks. It seemed to me that this created an opening; after years of deadlock over security, refugees, borders and Jerusalem, suddenly there was a powerful new chip on the table.

I likened it to a house sale in which the parties were haggling over price and closing date, and then one party decided the most important thing was the other’s endorsement for changing the name of the street. Why not agree to this largely symbolic issue — and leverage it to get your sale price and closing date?

But when I asked Erekat about it that night after the maqluba, he dismissed the idea of accepting Netanyahu’s formulation of Israel as “the nation-state of the Jewish people” as “ridiculous.” Even setting aside the implications for the refugee issues or the rights of Israel’s Arab citizens, Erekat told me, recognition was a problem of principle: ”It’s my narrative, it’s my history, it’s my story.”

The recognition issue died along with Kerry’s talks a few months later, part of a downward spiral into the bloody 2014 war in Gaza. Erekat had already pivoted to focus on the United Nations as the prime path to Palestinian statehood: during the talks he always carried in his bag a computer disk that contained the paperwork to join 15 international conventions.

“I’m willing to limit my sovereignty but not my dignity,” he would say over and over like a mantra, “I don’t walk around with a neon sign saying ‘stupid’ on my head.

For Erekat, who was part of the Oslo negotiations and every round since — and who attended Yitzhak Rabin’s funeral 25 years ago — it was a well-rehearsed play. Sometimes the small groups met in his office in the West Bank city of Jericho. Erekat kept a photograph there from when he brought Kerry’s envoy, Martin Indyk, to Hisham’s Palace, an important Islamic archaeological site nearby.

“I meant to take Martin to ruins to show him noting lasts and life goes on,” Erekat told my colleague Isabel Kershner, at the time. “These were great empires — they’re gone. I know that the Israeli occupation will go. I know.” It seems Erekat is unlikely to live to see it happen.

Disinformation is threatening our democracy. On Thursday night I moderated a Zoomversation that was both frightening and enlightening, as experts from the Anti-Defamation League, Media Matters and the Alethea Group and our own Molly Boigon talked about the shocking growth of QAnon; the social-media platforms’ complicity in spreading conspiracy theories; and what individuals can do about it. The video is a must-watch.

After that gets you worked up, a great salve will be this delightful clip of Zach Braff, the star of ”Scrubs” and director of “Garden State,” singing a song he learned in Hebrew school. This was among the highlights from our virtual gala — thanks to all of you who came and participated in our auction!

And you can join the conversation next week, when I am hosting two panels: Monday at 2 p.m.ET is “Divided We Fall,” a look at how the crises of 2020 have pushed disparate groups further apart and what we can do about it (sign up here), and Thursday  at 2 p.m. ET we’re looking at the health of Israeli democracy 25 years after Rabin’s assassination (sign up here).

We’ve got a new reporter on staff, Arno Rosenfeld, who started his journalism career at the Star-Tribune in Casper, Wyo. Arno is jumping right in to cover the political campaigns, and will also have his eye on the Jewish organizational landscape. He’s a fan of Taco Bell lunch specials, once traveled 6,000 miles across southeast Africa via public transit, and recently got a leash for his cat, Wizard, so they can take walks around his Washington neighborhood, Anacostia. Send scoops and other story ideas to [email protected]

And we’re hiring! A News Director to help run our day-to-day operations and maximize the impact of our journalism with you, our readers, and a Social Media Editor to leverage Facebook, Twitter, Instagram and other spaces for engagement with new audiences. Please help spread the word!

As we careen toward the election and a “dark winter” of rising Covid cases, you might need a bit of a break from the news, so I’ve got a few light features in the mix. Click here for a PDF of the following stories that you can download and print to savor over the weekend.

What Saeb Erekat taught me about the peace process