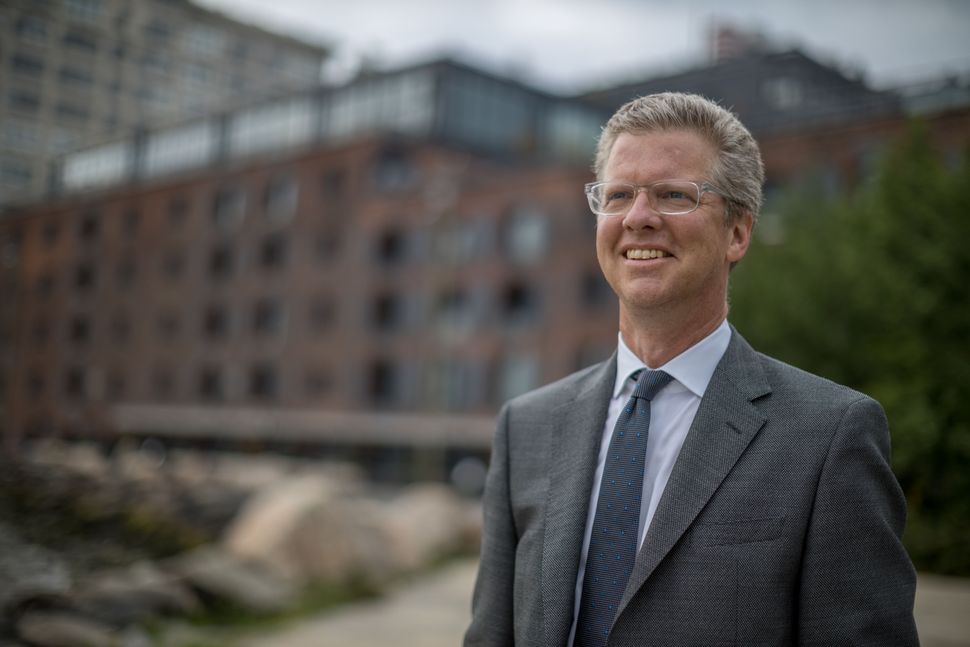 One summer in the early 1980s, Shaun Donovan and his sister Justine – both high school students at the time – traveled to Eastern Europe to visit the Auschwitz and Dachau concentration camps. For Donovan, now a candidate for mayor of New York in the June 22 Democratic primaries, visiting the historic sites had a special meaning.

Donovan’s father, Michael, was born in Panama to an Ashkenazi Jewish mother whose family originated from Europe. Michael later came to the U.S. in his 20s where he met his wife Linda and settled in New York City as a pioneer in the computer engineering industry. But while he was not raised Jewish, his children grew up in a more Jewish environment: the Upper East Side of Manhattan.

“I would say that I grew up, in many ways, more Jewish than Christian,” Donovan, one of four siblings, said in a recent interview on Zoom.

While learning at the Dalton School, an elite private prep school where more than three quarters of the students were Jewish, Donovan became more familiar with Judaism. “By the time I went to college, I had spent more time in temple than in church,” Donovan recalled. “All of our closest friends growing up, or nearly all of them, were Jewish and we were part of their families at Passover Seders. All my Friday night sleepovers ended up in synagogue.”

“I went to so many bar mitzvahs and bat mitzvahs that I was deeply jealous,” he said with a laugh.

The trip to Auschwitz and Dachau, Donovan said, had to do with that experience of having grown immersed in Jewish culture.

“What I found with the Jewish community that I grew up in was a sense not just of comradeship and friendship and a sense of community, but also a spiritual sense and a moral sense in a way that I found very powerful,” Donovan said.

That connection led to his sister converting to Judaism after college – “with my blessing,” Donovan said, joking that he often says, ‘We are the lost Irish tribe – the Donovinowitzs.

Donovan said that his father was bullied as a child growing up in South America for being Jewish, Catholic and Protestant — all three minority faiths. According to recent reports, Michael Donovan poured $2 million into a super PAC supporting his son’s candidacy. 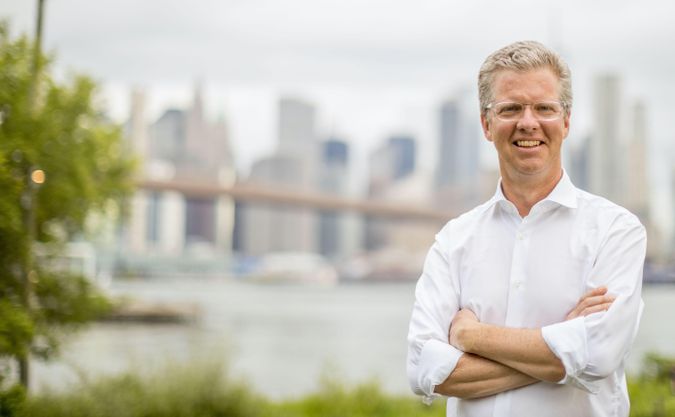 That personal history and experience ultimately inspired Donovan to seek public service – serving in the Department of Housing and Urban Development under President Clinton and joining Michael Bloomberg’s administration as commissioner of the NYC Department of Housing Preservation and Development. He later served as HUD secretary and director of the Office of Management and Budget under President Barack Obama.

In the 30-minute Zoom interview, Donovan said that his experience growing up in New York at a time when “our civic fabric was tearing to the point of breaking” had a “profound” impact on his public career and would motivate how he’d govern the city if elected as mayor. Donovan is polling at around two percent, according to a recent poll.

“I saw my neighbors sleeping on the streets, I saw neighborhoods literally burning to the ground, and I saw New Yorkers turning on one another in a way that made me angry,” Donovan said, referencing the 1991 Crown Heights riots and the homelessness crisis in the 1980s. “My righteous anger fueled my public service for the last three decades.”

Donovan compared his public service and his vision to move New York in the right direction to Nehemiah’s rebuilding of the Jerusalem walls. 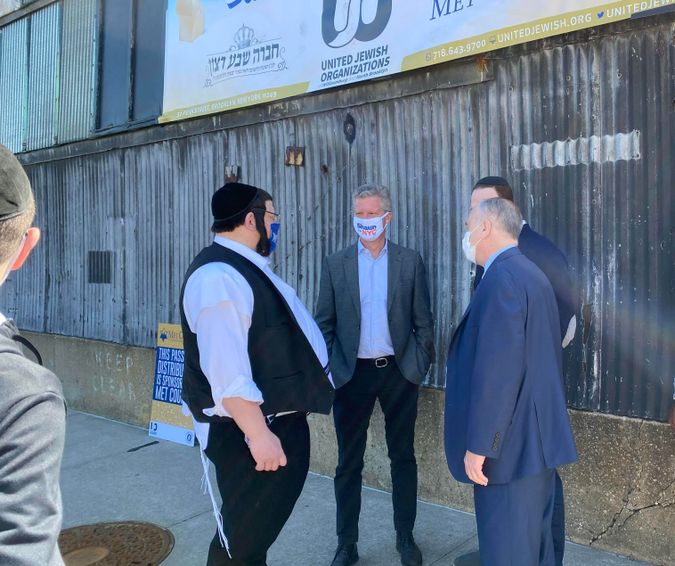 In his first job after college, Donovan worked at the Community Preservation Corporation, where he assisted East Brooklyn Congregations, a nonpartisan group of multi-faith community organizations, on a project of some 5,000 units, called the Nehemiah homes. He also focused on housing for low-income families in his years in city government. Donovan suggested that the relationships that he forged over three decades with communities of all faiths across New York City gives him the opportunity to form alliances between disparate groups.

The mayoral candidate, who recently visited the Holocaust Memorial and the Jewish Museum in Berlin, never traveled to Israel. But he said his father’s work with technology and his own government experience has prepared him to play a role in building economic partnerships with Israel. “We don’t have a New York City foreign policy, necessarily, but we can ensure that we deepen our ties with Israel,” he stressed. “There are very strong business ties and economic ties that I helped play a role in the Obama administration in building and I’m proud of that record that I pursued.” In a recent Forward survey, Donovan touted his opposition to the Boycott, Divestment and Sanctions movement. “I do not support the BDS movement generally and have real concerns about it,” Donovan said in the interview. But he added that he supports freedom of speech when it comes to taking measures against BDS.

Donovan said he isn’t paying too much attention to his ranking in the public opinion polls because he sees himself as uniquely qualified with both government experience and an outsider status – most of the leading candidates are either currently elected officials or have worked under Mayor Bill de Blasio, with Andrew Yang, one of the frontrunners, being an outsider without government experience. “I think New Yorkers really want somebody from outside the status quo, but they don’t want a rookie either.”

Again, Donovan turned back to his early days in New York as the theme of his campaign for mayor. “For me, it was that Nehemiah moment of watching – just as in Jerusalem – the city in many ways burning to the ground that forged me as a public servant and my commitment to building a better city that works for everyone,” Donovan said.