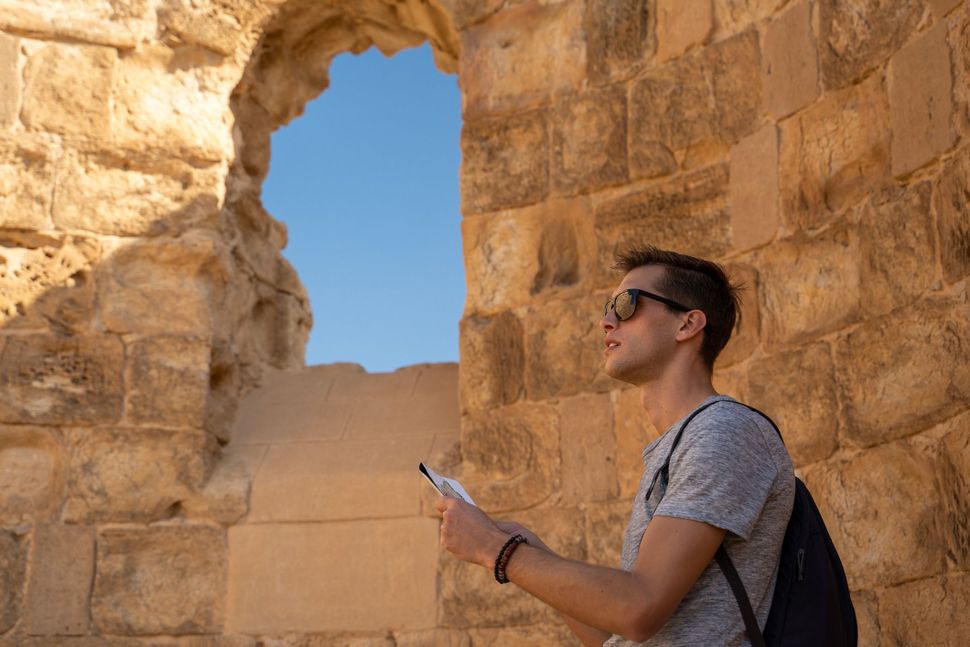 Over two decades, Birthright Israel delivered more than 750,000 free-of-charge trips to young Jews, but amid the COVID-19 pandemic, like so many organizations, its programming came to halt. More than a year of inactivity and cancellations later, the group is now beginning to think about what a return to normalcy might look like.

While the Birthright website currently estimates a resumption of travel in “late summer 2021,” the group’s leaders are in constant contact with the Israeli Ministry of Health, one spokesperson told The Forward, and that date is subject to adjustment. This week, Israel’s Tourism Minister announced that starting May 23, with a majority of its population fully vaccinated, Israel will open its borders to vaccinated foreigners.

As Birthright considers resuming operations, after more than 30,000 individuals’ trips got cancelled due to the pandemic, organizers are thinking about what restrictions could enable doing so sooner rather than later.

“The groups that will come back, hopefully soon, will be groups of 20 instead of 40,” Noa Bauer, the VP of Global Marketing at Birthright, said in an interview. “Most of the flights will be direct flights and they’re not going to have layovers in Europe at all.” She added that they will continue to use personal protective equipment and are “not going to spare expenses” to ensure the safety of its participants.

Birthright, funded in part by the State of Israel, provides a 10-day group travel opportunity for diaspora Jews — 75% of whom, historically, have come from the U.S. — who are between the ages of 18 and 32 and who have at least one Jewish parent, or have converted to Judaism.

The organization conducted three surveys of the applicants whose trips were cancelled, explained Bauer. Of the 1,500 respondents to each, the vast majority said they are eager to go to Israel as soon as they are able to get vaccinated. Many expressed they would prioritize Birthright over traveling with another group or even traveling domestically to see family, Bauer said.

“For a lot of people, every aspect of what they would call their community, they’ve lost out on this year,” said Pamela Fertel Weinstein, Birthright’s VP of Marketing and Communications. “So their desire for belonging and to be with people is going to be even more heightened, and I think this is going to be the first experience they’re going to have to fill that void again. It’s meant so much for 21 years and I think it’s going to mean even more going forward.”

The stated goal of Birthright is to foster connections of largely unaffiliated young Jews’ to their Jewish identities, communities and to Israel. But some progressive American Jewish groups – including J Street, IfNotNow and Jewish Voices for Peace (JVP) – have questioned those goals, and criticized the trips for omitting Palestinian voices. While JVP and eventually IfNotNow called for young Jews to boycott entirely, J Street advocated for reforms to the trip.

A year without Birthright created a vacuum in the priorities of progressive Jewish activism. In the summer of 2018, several walkoffs drew international headlines, and as recently as April of 2019, college-aged protestors flooded the streets outside Birthright’s New York headquarters, demanding the organization “Stop Lying to Young Jews” about the occupation in the West Bank. J Street, meanwhile, was leading a “Let Our People Know” campaign, advocating for young Jews to pledge to only visit Israel through trips that “meaningfully engage” with the Israeli-Palestinian conflict, and provided a competitive trip that did so. (Those trips were also cancelled due to the pandemic and J Street hopes to resume them soon, a spokesperson for the group told the Forward.)

For Danielle Raskin, an IfNotNow member who walked off a Birthright trip in protest in the summer of 2018, the political changes of the past year may permanently impact the way young Jews interact with Birthright.

“Birthright’s pause because of COVID coincided with a global uprising for racial justice and the Israeli government coming close to formally annex large parts of Palestinian land,” Raskin, now a regional organizer with IfNotNow, said in an emailed statement. “Together, these events activated many young Jews who saw the connections between the systems of violence used to maintain injustice in American and in Israel/Palestine.”

Although IfNotNow as an organization “pressed pause” on its Birthright-related activity in June of 2019, some of its members said at the time that they intend to keep “putting pressure” on the group.

Raskin said that with a restart to Birthright, “trip leaders should expect fewer sign-ups and more questions from participants unwilling to go along with the one-sided propaganda.”(Birthright has previously rejected such claims, describing itself as “apolitical” and not engaged in “the promotion of any agenda.”)

Other concerns, both sociological and technological

Outside of anti-occupation activism, Birthright has been a source of controversy in recent years, sparked in part by a November 2020 study conducted at the Cohen Center for Modern Jewish Studies at Brandeis University.

The sociological research found that Birthright is largely successful in its stated mission: The impact on participants who go on Birthright trips, as compared to non-participant applicants, can last for up to two decades – and results in a higher likelihood of marrying other Jews, raising Jewish children and holding a strong connection to Israel.

The study, and Birthright in connection to it, faced criticism at the time for replicating what some in the Jewish community see as a counterproductive and unhealthy “obsession” with combating “intermarrige.” Leonard Saxe, one of the study’s authors, said in an interview that their finding on marriage rates was “misunderstood.” Rather than showing that Birthright was “preaching marriage,” Saxe said, it was intended to serve as an indicator of prioritization and connection to Jewish life.

Restoring Birthright trips, and programs similar to them, should be a priority for Jewish institutions in a post-pandemic era, Saxe recently argued in a Forward op-ed. But in terms of what long-term sociological impact a year without Birthright trips could have, Saxe felt unsure.

“The underlying question is: Will a cohort of young Jews have an opportunity to learn about their Jewish identity and connect with their Israeli peers, or not?” Saxe said. “If Birthright’s donors and the Jewish community are able to support Birthright, and enable them to expand the program to make up for having lost the last year and a half, over time the impact will be relatively small.”

Despite closing off many opportunities, the past year has also opened new doors for many young Jews, particularly through the newly widespread access to online Jewish learning and community. Birthright Israel itself has created online alternatives to their in-person experience, including interactive tours that, according to Weinstein, around 140,000 people have participated in.

“To the extent that a year without Birthright means that there’s less top-down programming, that’s fine, that’s good,” Thompson said in an interview. “I think of it as individuals curating their Jewish experiences online, as opposed to someone else curating it for them, which is what I think happens on the Birthright trips.”