‘Eager to get back to normal’: Are vaccine passports the key to returning to synagogue? 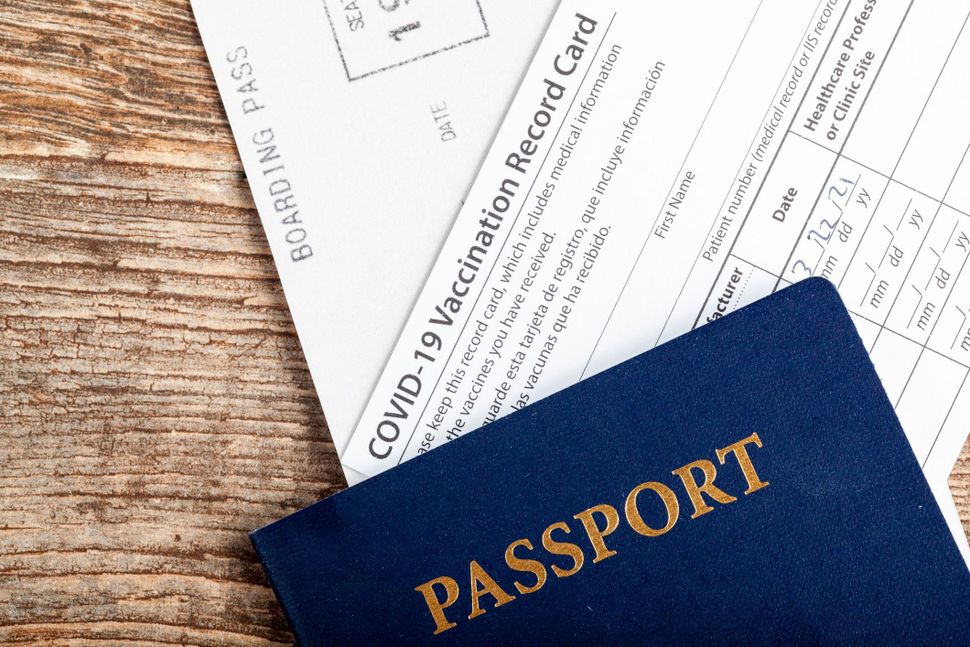 Vaccine passports could be coming to the U.S. soon, according to the Biden administration. Photo by Grandbrothers/iStock/Getty Images

Last weekend, one Orthodox synagogue in Atlanta launched a new opportunity for congregants. While Congregation Beth Jacob had been holding socially distanced and masked in-person prayer services for months, for those members who have been fully vaccinated, there would now be a chance to join a non-distanced, non-masked minyan.

The synagogue is not requiring a “vaccine passport” to enter, Rabbi Ilan Feldman, the synagogue’s spiritual leader, clarified in an interview. Their system is based on “purely a word of honor” that members have received both doses, if applicable, and that the requisite waiting period has passed. So far, 15 members have signed up and more are expected to join them.

“We’re very eager to telegraph that although we are careful and responsible regarding COVID issues,” Feldman said, “as a shul, we’re eager to get back to normal. We’re trying to telegraph to people that normal days are ahead.”

And as those “normal days” approach, Feldman said he wanted to get ahead of the game: “We don’t want to be the last to accommodate people who are vaccinated. We want to be the first.”

For many synagogues and Jewish community centers, the question of how to accommodate vaccinated members — without alienating those who have yet to, are not able to, or have chosen not to receive the vaccine — is a defining question of this historic moment. With more than half of American adults at least partially vaccinated, and all states offering vaccine eligibility to those 16 and older, Jewish organizations across the U.S. are now grappling with the idea of requiring proof of vaccination for members as they plan a return to pre-pandemic in-person services. For most, the answers feel highly uncertain.

“As vaccines grow more common, it makes sense that synagogues will start having some activities in which you need to show that you’ve been vaccinated to attend,” said Rabbi Michael Broyde, a professor of Jewish law and ethics at the Emory University School of Law.

Rabbi Noah Arnow, of St. Louis’ Congregation Kol Rinah, is one of those leaders now tasked with drawing that distinction.

“What’s very much been on our mind,” Arnow said in an interview in late March, “is how and when we can fully reopen in ways that are safe and comfortable for everyone, but also ways that are equitable.” 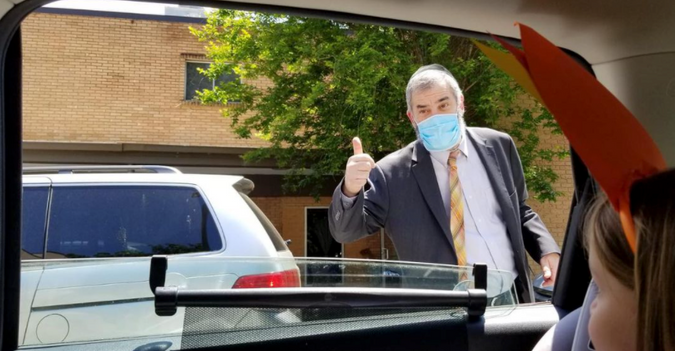 For Arnow, the logistics of opening in-person services feel “really tricky.” Whenever he’s tried to have conversations with leaders at other synagogues about the issue, “it falls apart.” In interviews with the Forward, one issue that rabbis kept bringing up was the problem of children being ineligible.

“Even if you have most adults vaccinated, most kids are not going to be vaccinated for a while, that’s the reality,” Arnow said. “Are we going to say that synagogues are adults-only spaces? There’s something that feels kind of uncomfortable about that.” But continuing to close off in-person services for vaccinated adults who are eager to return to them presents its own problems, Arnow said.

Rabbi Joshua Heller of Congregation B’nai Torah in Atlanta had similar concerns. Asked whether he has considered implementing a “vaccine passport” at his Conservative synagogue, Heller said, “One important thing to keep in mind is that that plan works well for adults, but having children in synagogue is very important to us.”

“Any plan that does not allow children and those under 16 to be part of the worship at all is not practical,” Heller said. “So for the next little while, we’re offering some services outdoors and some indoors. For those that are indoors, the number of people that are unvaccinated may be limited as a percentage of the total.”

“We can’t make that a policy when we have 13-year-olds that are becoming young men and young women in the Jewish tradition, and they won’t be vaccinated,” said Rabbi Ita Paskind of Congregation Beth El of Norwalk, Conn.

(Thus far, Feldman’s congregation in Atlanta has attempted to combat that concern by holding a separate service for teenaged members that is socially distanced, and which parents are not allowed to attend.)

For now, Paskind’s Conservative synagogue is planning on the eventual return of in-person services to involve plexiglass at the bima, masks and social distancing.

“I don’t know that we’re going to feel comfortable asking people to give their vaccination status anything but anonymously,” she said.

Most synagogues and JCCs are still at the decision-making phase when it comes to vaccination requirements. Rabbi Gideon Estes, of Congregation Or Ami in Houston, said that on a “moral” level, he highly encourages everyone who can get vaccinated to do so. But in his own synagogue, he couldn’t say whether he would require it.

Of the dozen JCCs the Forward reached out to about vaccine requirements, most did not respond to inquiries and two said they are currently deliberating the issue, but are not yet able to comment publicly. A spokesperson for the Chicago Loop Synagogue said in late March they had no plans as of now to require proof of vaccination, given their current at-the-door health screening system.

In Israel, most synagogues are currently operating under the country-wide “green pass” system, which grants vaccinated individuals access to spaces like theaters, malls and indoor restaurants, and has enabled the thousands of vaccinated American students currently living in Israel to return to normalcy.

The Biden administration has signaled that a vaccine passport system of some variety may be on the way in the U.S., but some GOP lawmakers have pushed back, calling the health screening requirements — already in place in many states — violations of citizens’ liberty. Recent polling found that the passport messaging is particularly unpopular among Republican voters.

As for how the vaccinated-only prayer services have been received by his community thus far, Rabbi Feldman said members have been “impatient but quite respectful.”

“People are done with COVID, they’re tired,” he said. “So we’re feeling certainly eager to field as many normal programs as possible, and that’s where the vaccinated minyan comes from.”

‘Eager to get back to normal’: Are vaccine passports the key to returning to synagogue?