A live, pre-pandemic dialogue group from Muslim-Jewish NewGround By NewGround 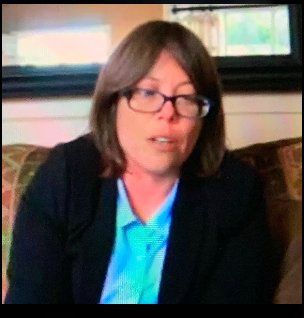 As violence escalated in Gaza all week, the Muslim-Jewish coalition NewGround called for people “to struggle out loud, and together.”

“We do not know the immediate path through this, but we are certain that until we humanize one another, there won’t be a path at all,” the group wrote on Facebook last week, concluding: “We wish our Muslim friends Eid Mubarak in this sacred time, as Ramadan comes to an end.”

The post received a single comment: “What do you wish for the Muslim children in Gaza? A peaceful death???”

The exchange illustrates the heightened tensions within cutting-edge coalitions such as NewGround as they grapple with how to respond to some of the deadliest fighting the Israeli-Palestinian conflict has seen in recent years.

One thing is certain, she said. “Every level that we operate in, we’re feeling the effects.”

A live, pre-pandemic dialogue group from Muslim-Jewish NewGround By NewGround

This organization-wide self-reflection accompanies an outreach effort that included an online event Thursday with two Palestinian perspectives and two Israeli perspectives. It had been slated for next Monday, but organizers bumped it up amid an outpouring of grief and concern.

The event came just as news as a ceasefire between Hamas and Israel broke.

“There’s no distance yet. The pain is still very raw and very real,” Ginsburg said.

NewGround Associate Director Andrea Hodos helped facilitate the conversation, which she said is part of a broader attempt to provide safe opportunities for people eager to talk and those who want to pull back.

“I think in Jewish minds, they see numbers, and unless they know Palestinian stories, they remain just numbers,” Hodos said, describing “a cycle of dehumanization.”

Ginsburg said Friday the discussion “was a lot of people expressing trauma, both the acute trauma of the current crisis and the compounded trauma of this conflict that has lasted for decades and decades.”

Ginsburg said a similar discussion is planned for next week, “and we’ll continue to do this work over the next weeks and months.”

Hasan described “gut-wrenching phone calls” and an added layer of stress as American Muslims and Jews already are trying to address increasing white supremacy and hate crimes against other races and ethnicities. 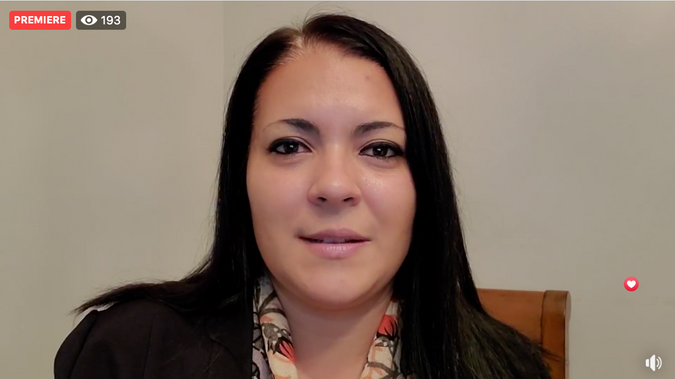 Hasan saw the Facebook comment about dead Muslim children last week and reached out to a mutual friend for an introduction to the man who made it. The man who posted the remark, Anwar Bhamla, told the Forward he spoke with Hasan on Tuesday and feels the discussion went well.

“I didn’t expect a 15-minute conversation,” Bhamla said. “I was surprised that that little comment, that one sentence, brought so much reaction. And I’m pleased. It tells me I’m not speaking into darkness.”

Still, he said groups like NewGround need to do more. He said his conversation with Hasan was “singing to the choir.”

“We have to have even a small megaphone. We can’t do it with one-on-one conversations,” he said.

While another prominent interfaith group, the Sisterhood of Salaam Shalom, took a more forceful stance against Israeli actions in a recent statement, Hasan said NewGround “is still not there.”

“At this point, NewGround’s policy is that statements don’t penetrate the heart and our work is more in the face to face,” Hasan said. “So we’re not going to be releasing a statement unless the board changes policy.”

NewGround began in 2006 as partnership between the Muslim Public Affairs Council and the Progressive Jewish Alliance, aimed at building dialogues and relationships between Muslim and Jews while increasing civic engagement. It became an independent organization in 2011, and its fellowships, programs and events continue to reach thousands of people every year.

The group’s alumni network organizes reunions and continues the difficult discussions that began in their programs.

Those dialogues are difficult enough, Hasan said, so violent escalations like what’s going on in Gaza exasperate already harrowing topics.

Hasan emphasized “that personal touch of pulling people back in” and said she strives to understand the pushes and pulls as a natural human response that can be addressed through meaningful discussions and persistent support.

“We can be blind to each other when we’re not willing to sit with each other and see the full dimension,” Hasan said. “In the last few weeks, we knew instinctively that we need to be reaching out one on one. So that’s what we’ve been doing.”

Hasan’s outreach to Bhamla is in keeping with NewGround’s commitment to personal discussions, rather than social media exchanges that Hasan likened to “a blackhole vortex.”

“Our policy is to pick up the phone if we know the person will engage one on one,” Hasan said. “Because ultimately, it’s a cry out. It’s saying ‘There’s something you need to pay attention to here.’”