Talking about Israel from the pulpit, many American rabbis tread carefully 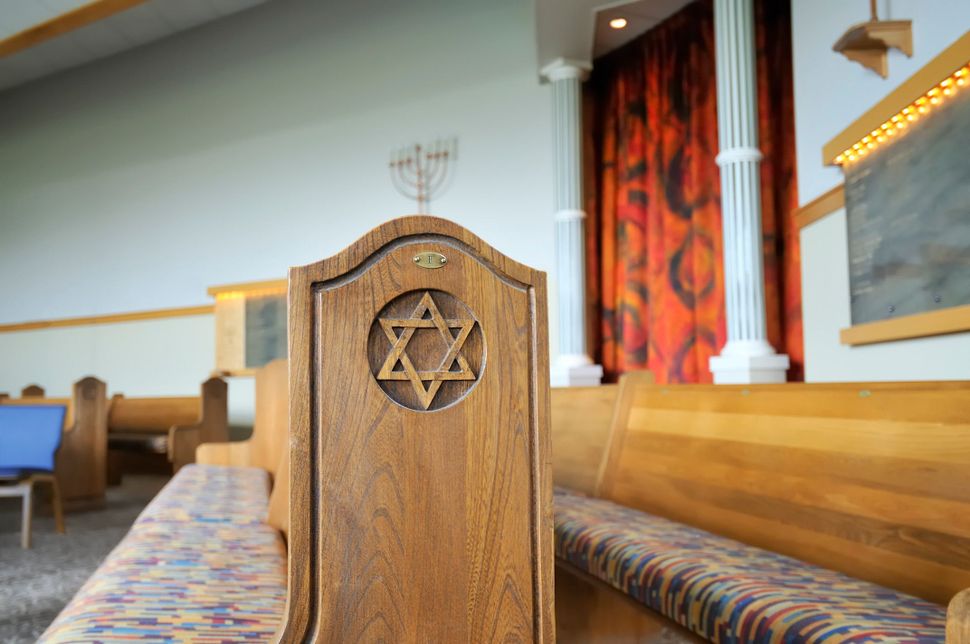 American rabbis grapple with how to approach the topic of Israel in sermons. Photo by iStock

The ceasefire announced Thursday evening may make it no easier for American rabbis to talk about Israel in synagogue on Saturday morning.

While the end of rocketfire will likely be noted and welcomed by rabbis across denominations, the crisis in the Middle East over the past two weeks has left many American Jewish communities in a state of reckoning and the subject of Israel remains fraught. Even when a consensus seems to exist among congregants, there is always the chance to offend. Changing attitudes across the nation, reflected in a widely noted leftward shift, and many Jewish Democrats’ embrace of a “new paradigm” to understand the conflict, have raised tensions even within Jewish families.

The Forward asked rabbis to share how they approached the issue during the past 11 days, which included two Shabbats and the holiday Shavuot. Their thoughts on speaking about Israel and Gaza are as diverse as opinion within the American Jewish community itself, though most agreed that, even among congregations where many are openly critical of Israel’s role in the conflict, there is usually a baseline of support for the Jewish state itself.

In New York, Rabbi Sharon Kleinbaum has noticed a desire among her colleagues to avoid the topic.

“I think so many people are just overwhelmed by the third rail of Israeli politics, that they just want to stay away from it,” said Kleinbaum, who has led the left-leaning, majority queer Congregation Beit Simchat Torah in Manhattan for nearly three decades. “It’s kind of a ‘can’t win’ thing for so many American rabbis, whatever position you take.”

Kleinbaum during the 2014 Gaza war drew backlash online after she said kaddish, the Jewish mourner’s prayer, for Palestinian victims at a protest for peace. And a board member at her synagogue angrily resigned.

Now, as political discourse on Israel among American Jews grows more critical of Israel, and progressive lawmakers like Rep. Alexandria Ocasio-Cortez and Sen. Bernie Sanders introduce unprecedented legislation to block weapons sales to the Middle Eastern country, Kleinbaum said that in her community she is “not the farthest left and not the farthest right.”

Though she is publicly “very, very critical of the role that Israel has played” in the current conflict — identifying as a “progressive Zionist,” criticizing the “complete asymmetry” between Israel and Palestinians in military power and calling Israeli Prime Minister Benjamin Netanyahu’s government “an extremist group” — for some Kleinbaum’s views and her congregation are too right-wing.

“I have a lot of people to my left, people who are LGBT Jews, who are anti-Zionists. Some won’t even come into the sanctuary,” Kleinbaum said. “That’s a reality and that’s a growing reality.”

For other rabbis, the conflict isn’t a “third rail,” but a moment to rally congregants around support for the Jewish state.

Rabbi David Wolpe, the leader of Sinai Temple, the largest Conservative congregation in Los Angeles, told the Forward he is “extremely unhappy with the progressive rabbis and rabbinical students who place the onus on Israel.”

“I don’t think Israel is an ideal nation, and they have done some things that are unnecessarily provocative and wrong,” said Wolpe, who has garnered thousands of followers on Clubhouse, the audio-only app that is especially popular among Jews. “But the moral calculus here to me is absolutely crystal clear.” Wolpe places the primary blame for the conflict on Hamas, claiming that there can be no “moral equivalence” between Israel and Hamas, which he describes as “firing rockets indiscriminately into civilian populations.” 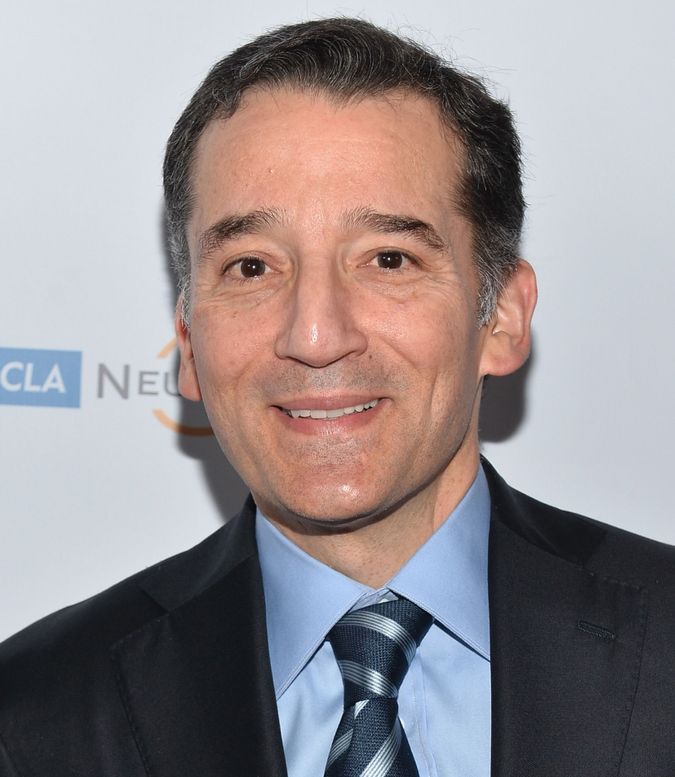 In his most recent Shabbat morning sermon, Wolpe quoted Rep. Ritchie Torres of New York, a Democrat from the Bronx, who wrote in the New York Post of his “unwavering commitment to both the sovereignty and security of Israel as a Jewish state.”

“What I said was, this is a time to take AIPAC’s strategy, which is to support candidates right and left who support Israel,” said Wolpe of the sermon, which according to him was his most well-received in recent memory, “and that it’s particularly important to show those candidates on the left who support Israel that we appreciate their support because they’re going to get a lot more pushback.”

Other rabbis point out the often stark differences on the issue of support for Israel among streams of American Judaism.

“I don’t think you’ve got one community, I think you’ve got two communities,” Dunner said, referring to the smaller, more traditionally observant American Jewish community that remains by-and-large staunchly pro-Israel, while Reform, Conservative, and secular Jews — the vast majority of American Jewry — embrace a comparatively more progressive politics. In his view, the past two weeks of intense public discourse around the Middle East have only “exposed” this pre-existing and longstanding rift.

The recently released Pew survey of American Jewish life found that the Orthodox/non-Orthodox divide largely overlaps with political differences, with 75% of Orthodox Jews identifying as Republicans, and the divide between Orthodox and liberal communities growing rapidly.

For some non-Orthodox rabbis, then, publicly expressing unconditional support for Israel and its government might feel risky. Dunner, for one, who in his own community said he faces no dissent on his unequivocal support for the Middle Eastern country, sees Rabbi Wolpe as “sticking his neck out” among colleagues who “consider his views too pro-Israel.”

Yanklowitz said that at the present he sees almost no conversation between those two siloed “echo chambers” of American Jews — “and it’s widening the divide.” What has to happen for the two communities to hear each other?

“I think that nuanced people in both camps need to share the voices of the other camp within their space,” he said. “We have to strengthen that effort.”

Still, despite growing rifts among Jews on Israel, many American rabbis, Orthodox or not, took to the pulpit in the past two weeks to voice support for the Jewish state amid the rising violence — and many, at the same time, expressed their sorrow for the crisis’s toll on Palestinians. 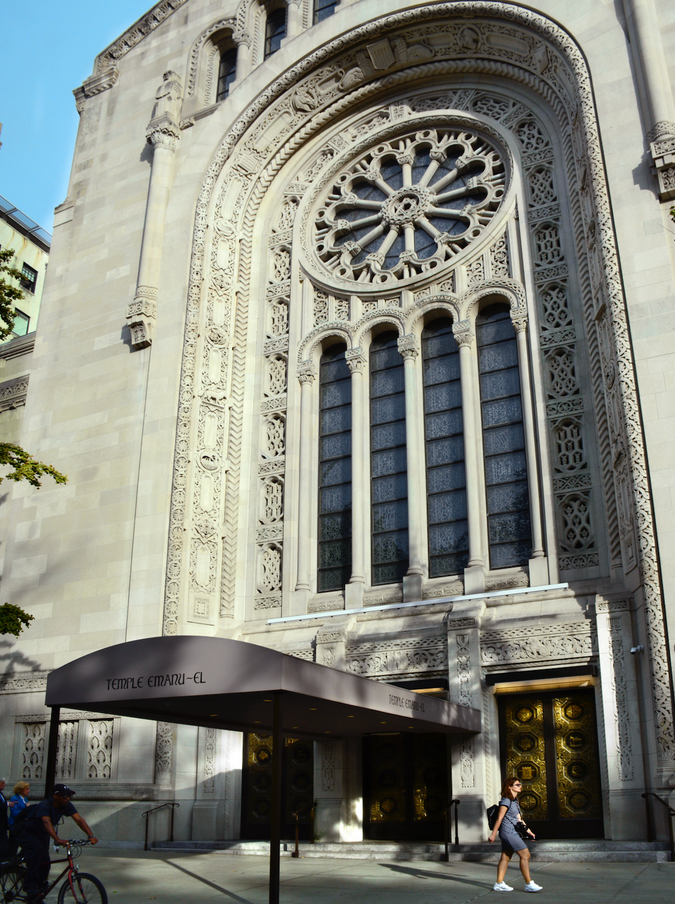 Rabbi Joshua Davidson, of Temple Emanu-El of New York City, one of the largest Reform synagogues in the country, told the Forward that in broaching the issue with congregants over the past week, he has maintained that “first and foremost, Israel is an elemental part of our Jewish identity.”

“I believe part of my responsibility as a rabbi is to inculcate a love of Israel in Jews who are disconnected from it,” Davidson said. “I love Israel unconditionally but not uncritically, and I believe that honesty in talking about the complexities of the conflict is important.”

In an emailed message to his congregation, Davidson quoted the poem, ‘Wildpeace,’ by Yehuda Amichai: “For Israelis and Palestinians alike, I pray only for ‘a little rest for the wounds… because the field must have it: wildpeace.”

Rabbi Amichai Lau-Lavie, the spiritual leader at Lab-Shul, an experimental Jewish community in New York, talks about “channeling frustration and rage toward viable channels of redemption.”

Coming out of the Trump years, when progressive Jews like those of Lau-Lavie’s community embraced what he calls an “either/or” mentality and a “no room for nuance” approach to politics, “it’s complicated to say that you are in the middle and trying to hold empathy and concern for the traumas of both sides,” he said. Speaking of a middle ground in this moment, he said, can easily be confused for the “good people on both sides” rhetoric that he and his congregants have so recently condemned. 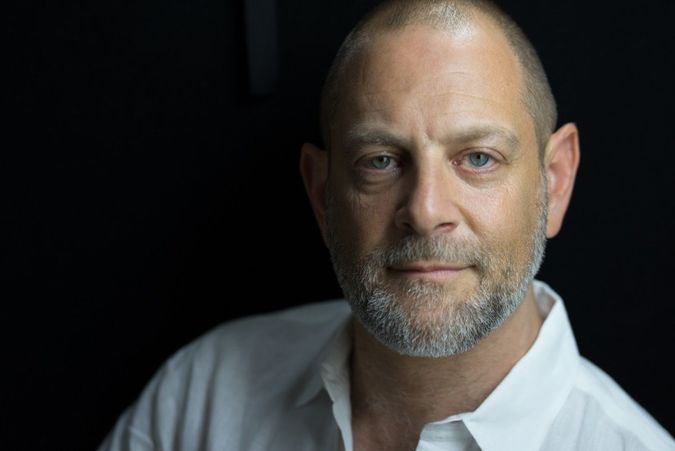 For his own part, his approach in the past two weeks has been to urge for a third perspective, one that seeks a “middle ground,” one that is messy, recognizes a power imbalance that favors Israel, demands change and acknowledges that “this crisis is manufactured by extremists, both in the Israeli government and the Palestinian leadership.”

Kleinbaum, the progressive New York rabbi, is set to travel to Israel on Wednesday, in part she said to support the progressive Israeli and Arab groups working toward peace on the ground.

One line from a Langston Hughes poem, Kleinbaum said, haunts her as she thinks about the crisis, the trauma endured by Palestinians in the face of it, and the responsibilities of American Jews.

“What happens to a dream deferred? Does it dry up like a raisin in the sun?” she quoted. “Or does it explode?”

Talking about Israel from the pulpit, many American rabbis tread carefully