At the center of the Surfside tragedy, a rabbi helps people hold onto hope — and mourns his former neighbors 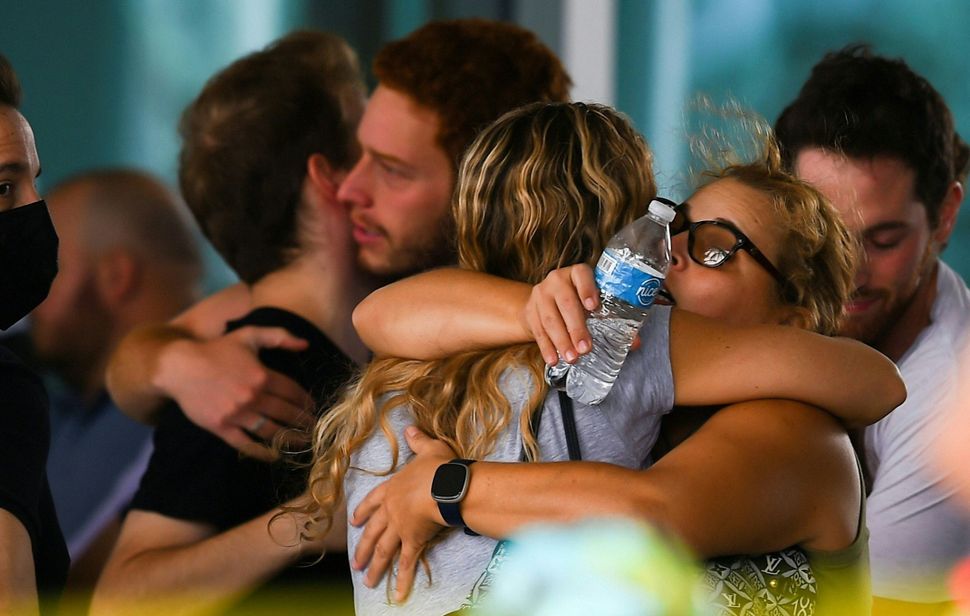 People hug at the reunification center in Surfside, FL. By Eva Marie Uzcategui/Getty

When Fred Klein, the rabbi in charge of providing counseling services to the grieving survivors of the Champlain Towers South disaster, looks out onto the rubble of the collapsed building, he can’t help thinking of the people who used to be his neighbors. 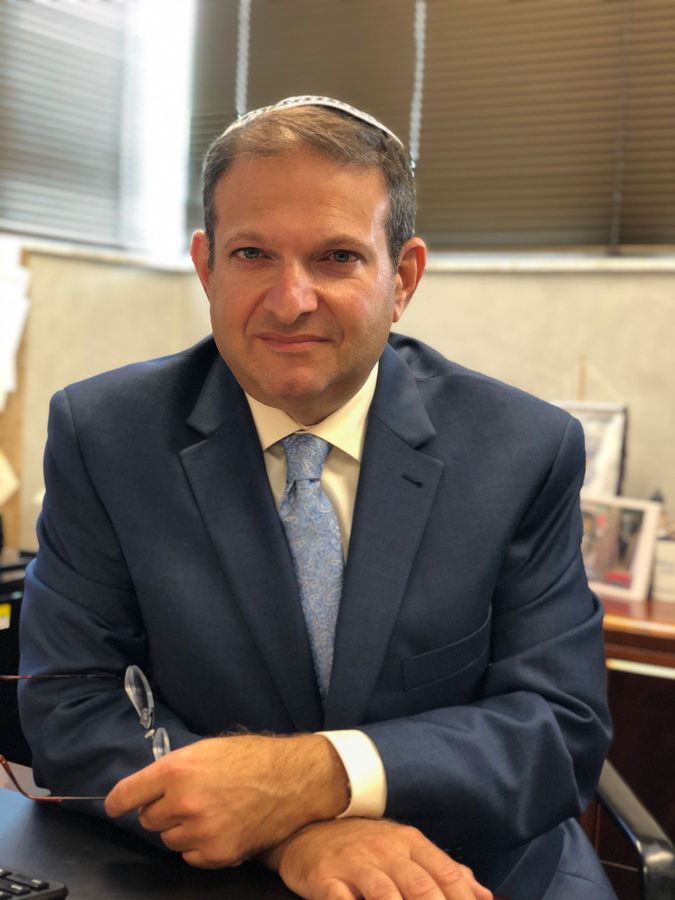 Rabbi Fred Klein is providing counseling services to those affected by the Champlain Towers collapse in Surfside, FL. Courtesy of Fred Klein

Klein grew up in Miami not far from Surfside, and when he first returned to the city some 14 years ago after having taken pulpits and posts elsewhere in the country, he moved into the very tower that was reduced to rubble last Wednesday night.

“My own apartment does not exist,” said Klein, the Executive Vice President of the Rabbinical Association of Greater Miami, in a phone conversation after another long, harrowing day. “That thought has gone through my mind every day since: Had I been living there still, I wouldn’t be here today.”

Klein now lives just north of Miami in nearby Hollywood, Florida. But as the director of Mishkan Miami, a position which puts him in charge of dispatching other trained rabbis and chaplains to places of need in the Jewish community, he has been spending night and day since the collapse coordinating a mix of spiritual and emotional support from professionals within the Jewish community and the community at large, as well as personally helping people in the makeshift family reunification center.

That’s a term that is itself gutting, given that there have been no “reunifications” for almost a week and no survivors found since the morning after the collapse. The atmosphere at the center has been fraught and at times chaotic, he added, and hardly a place where it’s possible to do actual counseling.

And yet, being on site to be present for someone’s prayers or tears is meaningful for the people stuck in this nightmare of uncertainty.

“From a chaplaincy standpoint, it’s a time just to hold that space and affirm whatever they’re feeling at this point. People are under extreme stress,” said Klein. “If people are yelling and screaming at fire and rescue, or shouting, ‘I’ll go into the rubble myself!’ Well, those are normal reactions to grief. People grieve through anger.”

The slow pace of the round-the-clock rescue operation has been deeply frustrating, and at times made worse by additional factors like thunderstorms, extreme heat and an internal fire.

Getting a read on what people need is the heart of the work he and other clergypeople and chaplains do, some of them streaming in from nearby counties or other parts of the country to help. It requires a delicate mix of counseling skills, spiritual guidance and compassionate listening. But chaplains are more often used to dealing with people struggling with serious illness or hospice care, not the exceptionally agonizing situation the families of Champlain Towers South find themselves in now.

In fact, for this community anyway, it is more like 9/11 writ small, even if negligence rather than terrorism is the culprit.

Klein noted that many rabbis are finding parallels to 9/11 and are learning from the New York rabbis who dealt with the families of people who had been in the Twin Towers, who spent weeks or months hoping for a positive identification of their loved one’s remains. For Jews, questions arise over the question of whether it would be appropriate to sit shiva and take on the status of mourners.

“It also depends on what this person is telling me. If they say, ‘Rabbi, let’s pray they find my wife,’ I pray for that with them. I don’t think we should disabuse anyone of the hope that people will be found alive,” said Klein.

“But for some people, they may really be hoping for relief. Even knowing that the body has been found, it will likely be a relief of saying, ‘Okay, now I know what to feel and what to do. I need to mourn, I need to grieve, I need to prepare for a burial.’ The waiting, I think, is excruciating.”

At the family reunification center, he met a family about to give DNA samples in the hope of locating a missing mother and wife. While the adult children had their cheeks swabbed, the father of the family asked Klein for a blessing.

What kind of blessing can one give to a person experiencing such anguish?

“My theology at that moment is that I see God as being with you and weeping with you, and hoping with you,” explained Klein, an Orthodox rabbi and father of four. “May God give you comfort and love at this difficult time in your life.”

Perhaps the biggest challenge of all is knowing how to help those who are still vacillating between hope and despair. In fact, as rabbis noted in a conference call Tuesday that Klein participated in, sponsored by the Rabbinical Assembly of Conservative rabbis, Jewish law indicates that “mourning begins when hope ends.” Hope, that is, that a loved one can reasonably still be found alive.

“Lots of people are feeling guilty, because they should be hopeful,” said Klein. “But at the back of their minds, they’re losing hope.

It’s not easy for anyone to look up at the site, as Klein did when he and other rabbis traveled with a group of the families a few days ago so they could see the labored progress with search and rescue, and face the reality: the horror of a building that pancaked in seconds, the increasingly remote possibility of pulling survivors from the layers of destruction alive.

For Klein, he can trace a hole in the sky that was once his home. It was a rental, and he only stayed a year. He chose the building, considered fairly luxurious, because it was a great location within Surfside’s vibrant Jewish community, and had beautiful views of the ocean. It was a large apartment with marble floors and vaulted ceilings, in a building with a 24-hour doorman. In short, it was hardly the kind of building one could imagine collapsing overnight.

“Even if there were stress marks, I don’t think anyone goes from that to saying, the building is going to collapse,” he said. Now, he notes, it’s not just the families of those directly affected, but in fact that entire community which feels vulnerable. Many wonder whether other buildings could suffer the same fate, as elements like erosion from seawater and salty ocean air, as well as leaking pool chemicals can have a caustic effect. The full causes of the collapse are still under investigation.

“The people affected right now are not just individuals, but entire communities,” he said. “People are looking for hope, strength, inspiration. People at points like this ask a lot of spiritual questions. People may be looking towards us especially to answer them.”

At the center of the Surfside tragedy, a rabbi helps people hold onto hope — and mourns his former neighbors