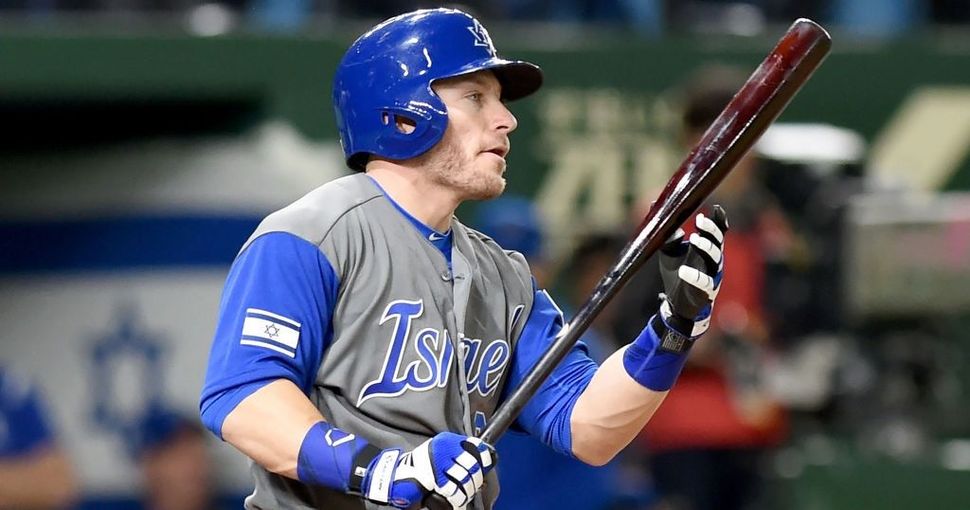 Israel’s Blake Gailen at a 2017 game in Tokyo. Photo by Toru Yamanaka/AFP via Getty Images

Blake Gailen didn’t always have the strongest connection to Israel. But now, the outfielder’s journey has him set to represent the country in the upcoming Tokyo Olympics.

Gailen’s love of baseball came from his parents, who were avid fans of the sport and turned their son onto the game at the age of three. He grew up in West Hills, California, with Dodgers games always on the TV. It was that Southern California upbringing — a place he referred to as a “baseball mecca” — that laid the foundation for his career in baseball.

Playing for El Camino Real High School, Blake dominated every inch of the baseball diamond. He was named to the All-Valley West League in his junior and senior seasons as both a pitcher and hitter. He even threw a no-hitter during his last year in high school.

But when it came time to commit to a position, he turned to professional baseball scouts to find out which offered the best chance of making it to the big leagues. He was told that becoming a pitcher was a long shot, so he went to the outfield on a full-time basis before starting his collegiate career at Glendale Community College.

After earning more accolades in his two years at Glendale, Gailen then went on to play at the University of Nevada, where he’d eventually graduate in 2007.

During his high school and college years, Gailen began to notice the mileage he was accumulating on his body. He had never truly focused on fitness up to that point but decided to make a change – packing on 15 pounds soon after college and committing to a lifestyle that has him still playing the game he loves even at the age of 36.

“It’s a lifestyle, but it’s also kind of an addiction,” he said. “I have to do it. There are worse things to be addicted to.” 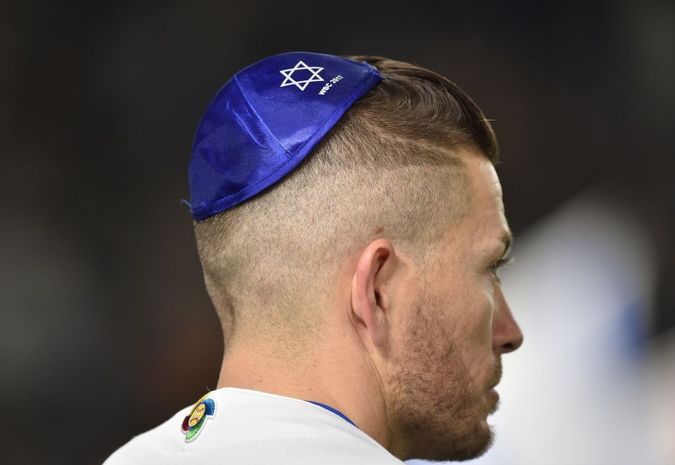 Israel’s Blake Gailen at a 2017 game in Tokyo. Photo by Kazuhiro Nogi/AFP via Getty Images

While embarking on his professional career, Gailen phoned Peter Kurz, the general manager of Israel’s National Baseball Team, in 2016 to see if there was a spot for him ahead of the World Baseball Classic the following year.

“I thought it couldn’t hurt to reach out,” he said. “I had a few connections on that team, so I gave it a shot. They did a little bit of digging and were like, ‘You know what? I think we can probably add this guy to the roster.’ So, fortunately, they did.”

Representing Israel surrounded by teammates who all shared the unique commonality of Judaism was a turning point for Gailen’s connection to his heritage. He earned a better sense of what the WBC stage meant to a tiny country that’s hardly a baseball powerhouse and to Jewish people who associated with the blue and white uniforms.

A defining moment came in 2018 when Blake was one of 10 players from the national team to fly to Israel and earn citizenship. It was his first time in the country, and walking the cobblestone streets of Jerusalem exposed him to a force rooted in the history of the place.

“Being able to kind of plant my feet in the same place as basically everyone biblically, it’s insane to me,” he said. “There were a lot of interesting emotions and vibes that I got from being in that area. I’ll never forget that. It’s hard to explain it. I felt the energy. There are certain rooms and areas you go into, and you just feel something. You don’t know what it is, but it’s just energy. It was kind of a cool experience because I never experienced anything like that in such a historical place before.”

The Olympics are a grand stage with big stakes. It’s also a completely new environment in a foreign country for many of its participants. New settings are challenging. Getting acclimated can rattle some, but a journey that has taken Gailen from Arkansas to Melbourne and now to Tokyo — has prepared him for the next moment awaiting him.

Check out the Forward’s complete coverage of Jewish Olympians.

Daniel Lubofsky is a New York-based sportswriter. After writing and editing primarily for Hoops Habit, he started his own blog and can be found on Twitter at @D_Lubofsky.