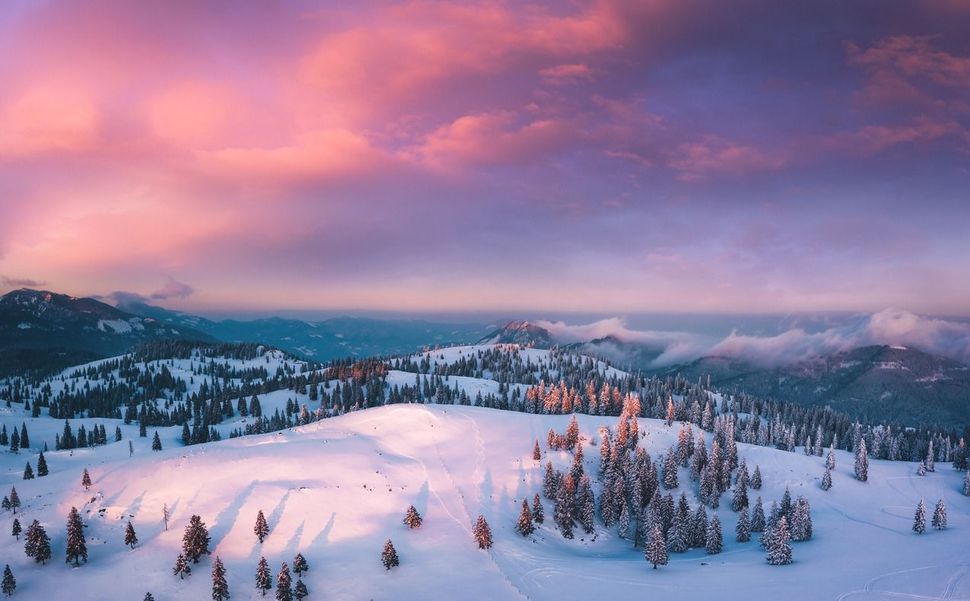 The ancient practice of shmita can be applied to self-care and environmental and social activism. Photo by borchee/iStockPhoto

As we usher in the secular new year and vow to go to the gym and be a nicer person for nine days, one resolution to consider is recommitting to shmita, which began on Rosh Hashanah.

Shmita is a Biblically ordained sabbatical that occurs every seven years. During that time, the Torah tells farmers to let the land lie fallow and for those who have loaned money to forgive those debts.

In broader terms, it can be viewed as a period of collective renewal. Here are seven ways that you can make it a personal practice in 2022. 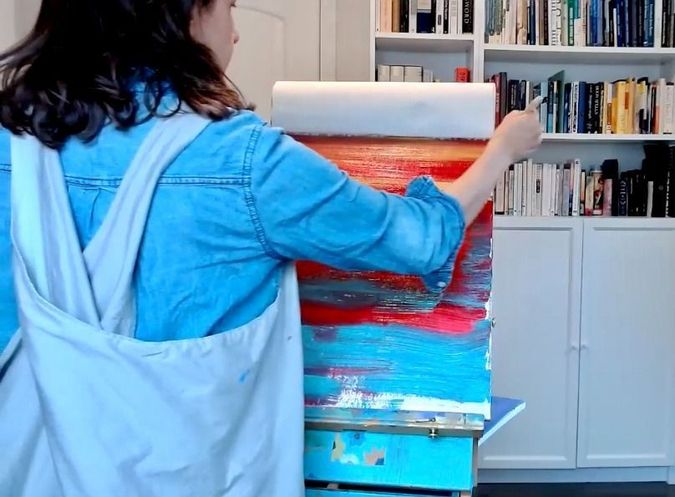 Rabbi Aryeh Bernstein, national Jewish educator for Avodah, said that climate change is the most pressing issue facing the continuity of the Jewish people. One cause of exile, as written in Leviticus, is the failure to observe shmita laws by exploiting and defiling nature.

“Either everybody rests on schedule, or the land will spit you out and go on strike,” he said. “God tells us the land is gonna get its rest one way or the other.”

The Torah suggests that climate change is a result of disobeying shmita laws. Courtesy of Rabbi Aryeh Bernstein

How can you do that? One way is to join Dayenu Circles, or small groups of people around the country mobilizing support for policies that create clean energy and cut emissions.

On a more individual level, “consider your carbon emissions, putting solar panels on your house and getting an electric car,” said Rabbi Zelig Golden, founder and executive director of Wilderness Torah.

Rabbi Sarah Tasman of The Tasman Center for Jewish Creativity recommends composting and buying less. “Consider participating in a gift economy in your neighborhood,” she said. “Check out the Buy Nothing Project, where neighbors can give items away and receive items for free” — thereby reducing their carbon footprint.

If we don’t consider our environmental impact, we may soon face an exile of another kind, according to Bernstein. “Think about hurricanes, droughts, fires — some of the places with the heaviest Jewish concentrations are the most threatened by the climate crisis, exactly as the Torah said would happen,” he said.

“If American Jews don’t think that this is an urgent issue, what do they think is gonna become of lower Manhattan?”

2. Put nature back in ‘human nature’

“How different would we and the world be if we acted from the awareness that we are made of earth, that we belong to it and not the other way around?” asked Kohenet Keshira haLev Fife, who teaches classes about shmita as executive director of the Kohenet Hebrew Priestess Institute.

Golden suggests being more wild and making a habit of spending time in nature.

Another way of freeing yourself is through accepting your body, according to Rabbi Minna Bromberg, founder and president of Fat Torah. Eating disorders, particularly among young people, have surged during the pandemic, in part due to heightened anxiety, food insecurity and messages about losing weight on social media. 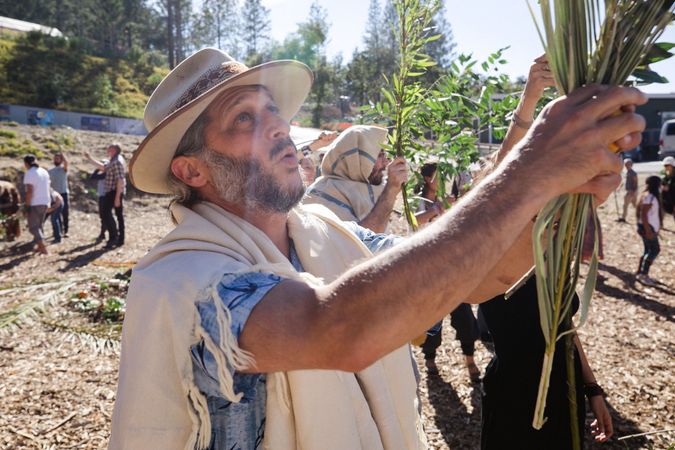 “Shmita is an opportunity to see what might happen if we refrain from viewing our bodies as objects to be manipulated and cultivated,” Bromberg said.

Bernstein argued that the concept of loan forgiveness during shmita would best be applied to advocating for student debt cancellation, which experts say is crucial to helping close the racial wealth gap.

“Waiving student debt would be transformative for people who are unable to enter the job market properly and unable to make investments,” he said.

Bernstein has a radical idea for advocating for change. “It could be really interesting if there was a national strike — everybody who was saddled by student debt refused to do any work and those who were still in school refused to show up.”

4. Identify and meet the needs of your community

Alexander Vickery, a teacher with a background in farming advocacy, said that it is important to update the ancient tradition of shmita for modern times in a way that reflects the needs of your community.

He met Asher Edes at Kohenet, and the two drew inspiration from educational resources from Hazon: the Jewish Lab for Sustainability to start Shmita Hives. Small groups, or hives, around the country use a curriculum to study with one another while collaborating on local social and environmental projects. 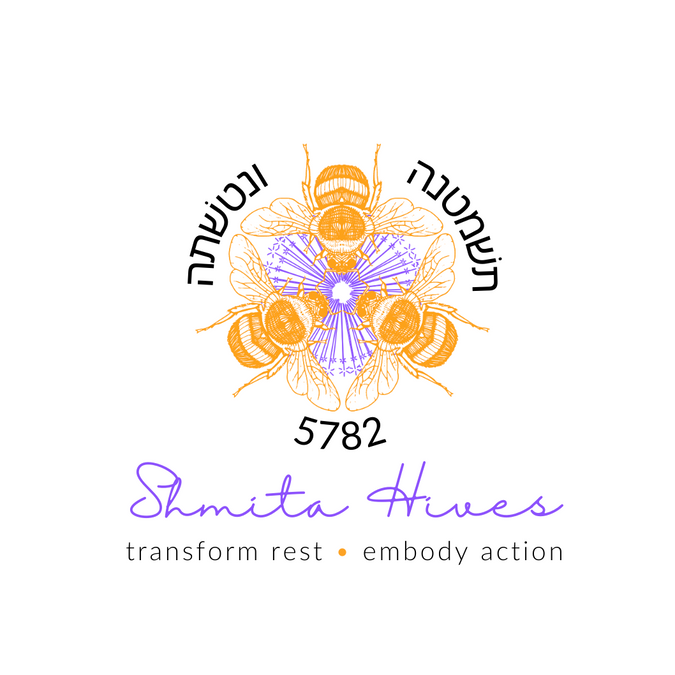 Shmita Hives’ curriculum is rooted in the work of Hazon: the Jewish Lab for Sustainability, which helped popularize shmita in advocacy groups. Courtesy of Alexander Vickery

Jordana Fraider, who works in theater, said that her hive in Los Angeles is thinking about how to “return the land” to the native Tongva people. “Our work around repatriation is very early,” she admitted. “Before we take any action, we know that the next step is to build relationships between the group and the Tongva people and hear what they want.”

5. Consider how you spend your time and energy

As people navigate pandemic burnout, Tasman said it is important to allow for more rest in our lives. She recommends committing to a Shabbat practice and checking out The Nap Ministry, which fosters healing and community through napping.

Tasman also suggests applying the concept of release to our own lives. “Are there relationships, grudges or old habits I can let go of?” she asked.

And as you make space for other aspects of your life to bloom, she said, think about how you can tap into your creativity and explore your passions. Tasman herself is painting for the first time in several years.

Jodi Kushins, an urban farmer who leads a hive in Columbus, said that many have lost the ability to have a hobby. “We’re thinking about how we can gently, subtly redirect people to what they value in life and where they put their time and attention,” she said.

6. Make shmita personal for you

Practicing a personal shmita year will likely be different for everyone. “How do you apply shmita in a way that is meaningful?” Vickery asked. “What are the meaningful connections in your own life?”

Vickery himself is thinking critically about the unpaid work he does (ironically, running Shmita Hives is a volunteer gig). As a disabled person, some tasks take him more time, and he is reflecting on how he devotes energy and resources differently from able-bodied people. 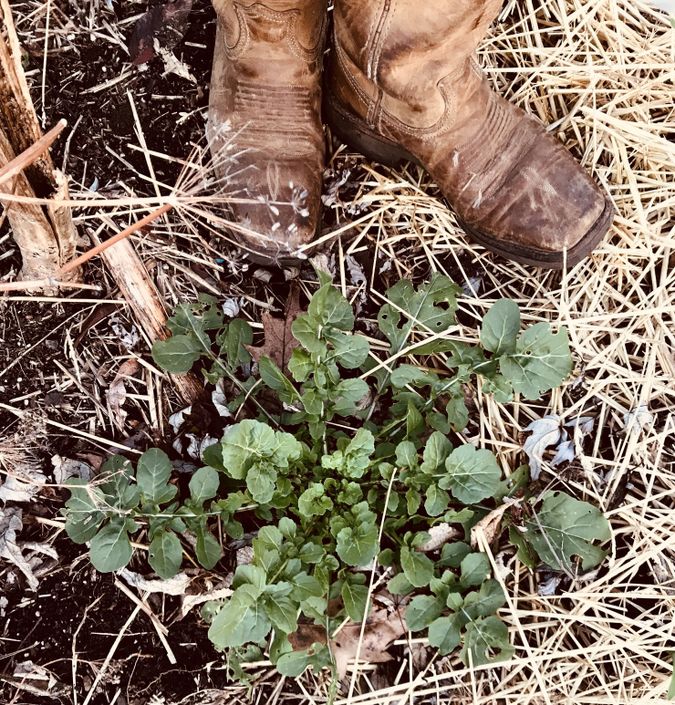 Jodi Kushins, owner of Over the Fence Urban Farm, recommends foraging for wild foods in your community, or even your own backyard. Courtesy of Jodi Kushins

7. Commit to a shmita lifestyle

Golden said not to view the shmita year as separate from the rest of the agricultural cycle. “I think of it as a design principle for the six years,” he said. “What does it mean to create systems that are so resilient that one out of seven years we can let it just be and it’ll still produce?”

He also said that applying shmita to our lives isn’t all or nothing. “We should be careful not to get caught up by the notion that if we can’t do it all the way we shouldn’t do it at all,” he said. “Rather, we should see it as a cultural vision we should aspire to and let us drive our growth to be a more regenerative, sustainable and just society.”