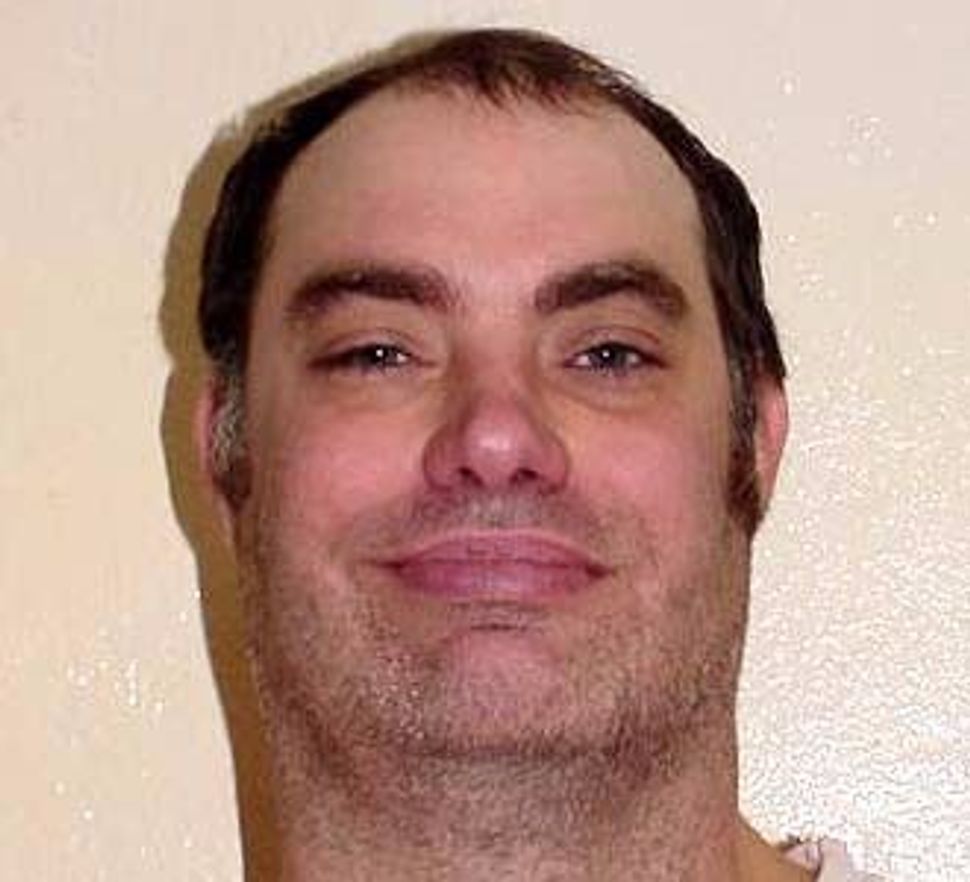 — A Reform Jewish death row prisoner in Kentucky is suing the penitentiary where he is incarcerated for kicking him out of the state’s kosher food program.

In a lawsuit filed last week in federal court, William Harry Meece claims that he is being unfairly penalized for eating rotisserie chicken that had not been certified kosher, the Louisville Courier-Journal reported.

Meece said in his lawsuit that as a Reform Jew, he can eat meat that is not certified kosher and that his observance consists of avoiding pork and shellfish and not mixing meat and dairy. The chicken in question was from Sam’s Club and had been purchased from the prison canteen.

Since 2008, Kentucky has required prisoners who receive kosher meals to agree not to “purchase, possess or consume any food items that are not permitted under my religious diet.”

Rabbi David Ariel-Joel of The Temple, one of two Reform synagogues in Louisville, told the Courier-Journal he is supporting Meece in this conflict.

“Jews don’t keep kosher in one way, but in many ways,” Ariel-Joel told the newspaper.

Lisa Lamb, a spokeswoman for Kentucky’s department of corrections, told the Courier-Journal she could not comment on pending litigation.

Because kosher meals cost 72 percent more than standard meals and the state is concerned about prisoners falsely claiming they are Jewish in order to receive what they consider better quality meals, the state is eager to limit the number of inmates who qualify, the Courier-Journal reported.

Rabbi Aryeh Blaut, director of Jewish Prison Services International, which provides resources for Jewish inmates, said that Kentucky’s policy is not unusual and that it is reasonable.

“If you are accepted on to the kosher meal program, you must be consistent,” he told the Courier-Journal.

Meece, 43, was sentenced to death in 2006 for killing three members of a Kentucky family – Joseph and Elizabeth Wellnitz and their son Dennis.

Meece has insisted he is innocent and claimed his confession was coerced.

Meece in 2013 lost another suit related to his religious observance. In that case, he sued in the Kentucky Court of Appeals to be allowed to pray in the prison’s chapel on Shabbat with other Jewish prisoners. That request was denied, after he was deemed too dangerous to be permitted to join the general prison population.