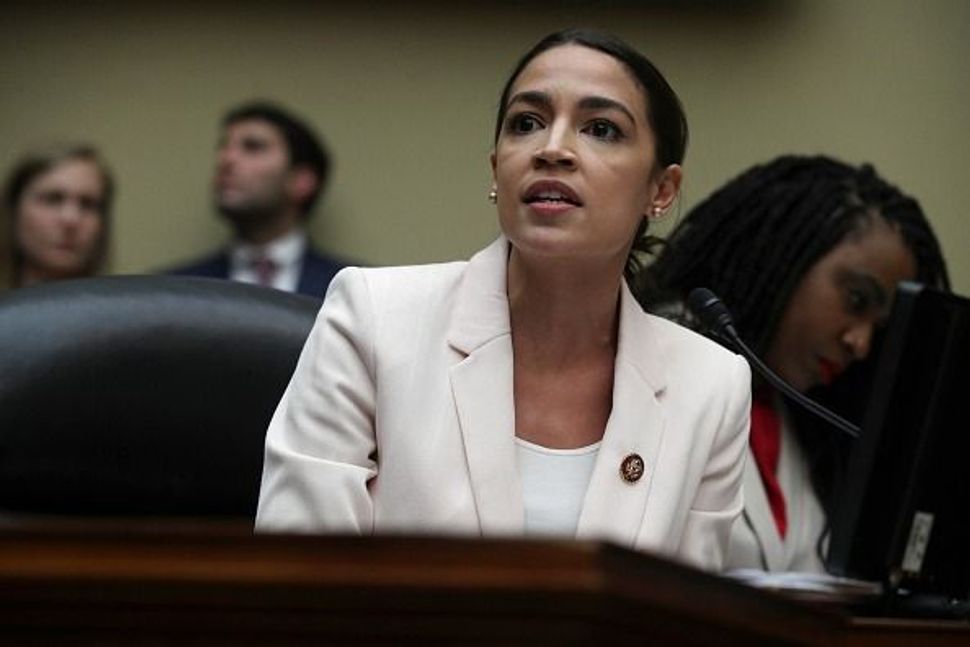 “Understand that Trump is engaged in deliberate, atrocious, targeted antisemitism towards Chairman Schiff,” Ocasio-Cortez tweeted with a retweet of an article in The Intercept suggesting that Trump’s attacks against Schiff come from the neo-Nazi playbook.

“It’s wrong. It’s harmful. And his bigotry is reflective of the white supremacist base he relies on for political gain,” she also tweeted.

Schiff leads the House Intelligence Committee, an important committee in the impeachment inquiry against Trump.

On Wednesday, Trump said of Schiff: “We don’t call him ‘Shifty Schiff’ for nothing. He’s a shifty, dishonest guy.”

The Intercept notes that calling Jews shifty – suggesting that they are sneaky and manipulative, is an age-old anti-Semitic canard.

In a tweet last week lambasting “Democratic savages,” President Donald Trump singled out two Jewish congressmen – Rep. Jerry Nadler of New York, Rep. Adam Schiff of California – and the quartet of congresswomen including Ocasio-Cortez known as The Squad. Nadler is head of the House Judiciary Committee.

Trump’s son, Donald Jr., in a tweet said that Schiff was “hand-picked and supported by George Soros,” and called him a Soros “puppet.” Soros, a Holocaust survivor and philanthropist who funds liberal and pro-democracy causes, has been a frequent target of the far right in the United States and abroad, who often invoke anti-Semitic tropes including being a puppetmaster to exaggerate his influence in politics, economic affairs and immigration.

Responses to Ocasio-Cortez’s tweet noted that Trump’s daughter and grandchildren are Jewish, and that most people were unaware that Schiff was Jewish until they read her tweet.

Understand that Trump is engaged in deliberate, atrocious, targeted antisemitism towards Chairman Schiff.

Then ask yourself why no one cares to denounce it – esp when his accusation of it towards others drove full news cycles earlier this year. https://t.co/bjEw6eb7Md

The post Ocasio-Cortez accuses Trump of anti-Semitism over his attacks on Schiff appeared first on Jewish Telegraphic Agency.