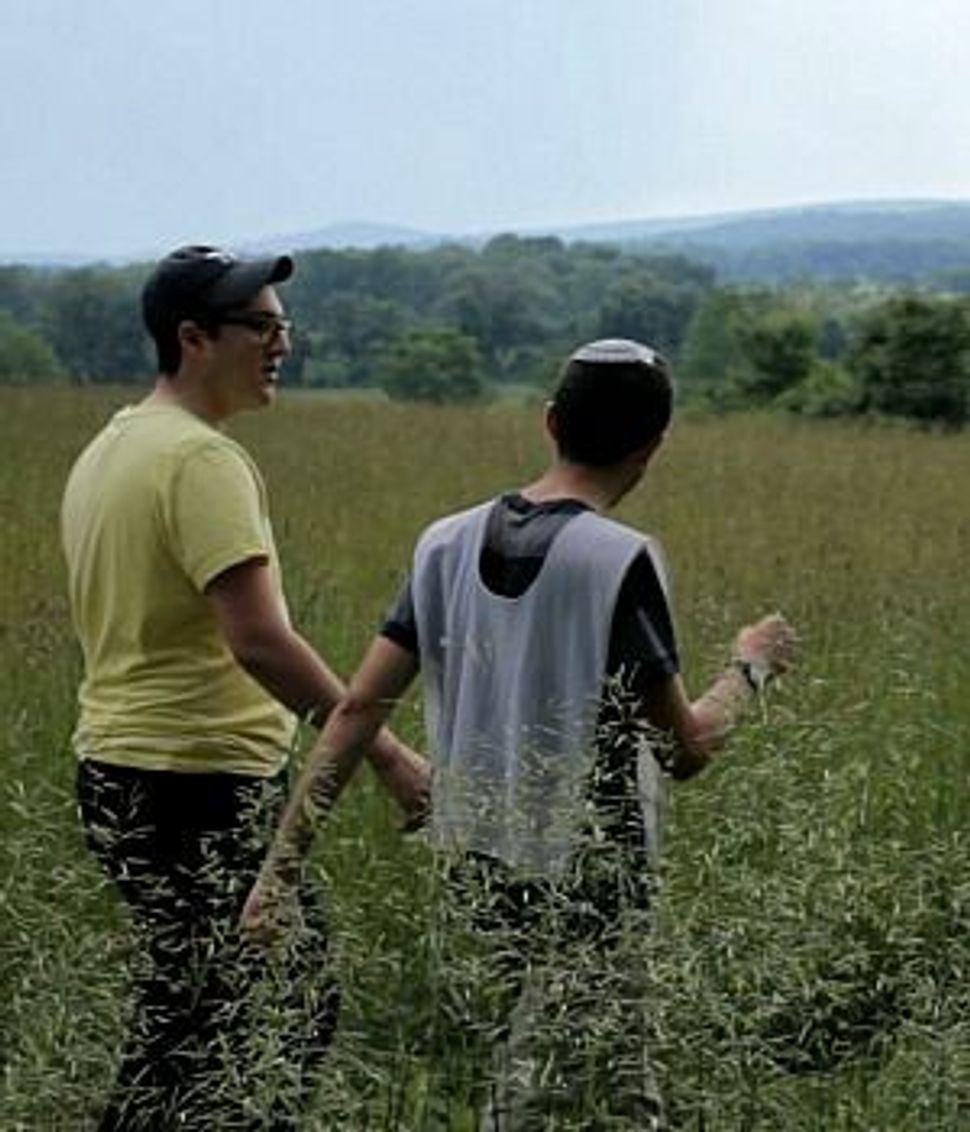 A few months ago I sent an email to my editor, pitching a story on Yiddish Farm. (That piece is in this week’s paper, and online here.) I didn’t have to make a hard sell. An organic farm, run by 20-something-year-olds, where everyone speaks Yiddish? The piece practically writes itself.

Indeed, Yiddish Farm is one of the most interesting things happening in the Yiddish world and, I thought, an important story for us to cover. But as I reported the piece, visiting the farm and speaking to its participants, it became clear that the farm has significance well beyond its novelty value. Thanks to Yiddish fluency, and to a progressive cultural ethos, it has succeeded in bringing together the most diverse elements of the Jewish community, thus playing a role that few other organizations are equipped to play. In light of the recent Jewish population survey, which put into question long-held assumptions about the demographic makeup of the American Jewish community, it is a role that has never been more important.

During my visit to Yiddish farm, the participants I met spanned a wide range of Jewish practice. Some were culturally Jewish (they were speaking Yiddish, after all), but had no interest in religion. Some were Modern Orthodox, while others participated in Jewish activities affiliated with more liberal movements. The farm accommodated its religious members by keeping a kosher kitchen and observing Shabbos, but no one was compelled to perform any religious practice. When one participant was lightly chastened for lighting a cigarette on Shabbos, one of the farm’s leaders, Naftali Ejdelman (himself Shabbos observant), politely countered, “Let’s not make rules for other people.” In short, I found Yiddish Farm to be a model of Jewish pluralism.

There are other Jewish organizations that embody the pluralistic ideal, but few as broadly as Yiddish Farm. One of the unique aspects of the farm is its relationship with the Hasidic village of Kiryas Joel, a mere 15 minute away. Yisroel Bass, a founder of the farm, told me that he spent several Shabbosim in the village during the winter and Hasidim from Kiryas Joel and elsewhere routinely stop by the farm to visit. The farm has sold produce to the supermarket in the village and has placed an ad in one of the Satmar newspapers in an effort to rent out campgrounds. In all of these respects Yiddish Farm is connected to the Hasidic community in ways that few other non-Hasidic organizations are capable of being.

Such connections are not easy to make. The Hasidic community is often indifferent, at best, to outside interest. Here, Yiddish makes a difference. It is not just a matter of language — though that is important — but also of culture. Historically, secular Yiddishists and religious Jews have experienced their share of enmity, but these days the similarities can be just as significant. Hasidic and non-Hasidic Yiddish speakers may have come down on opposite sides of history, but it is the same history. Unlike most American Jews, they share a connection to the Ashkenazi past that is still an essential part of their lives.

Granted, most of the relationships between Hasidim and Yiddish Farm are between individuals, rather than organizations. And many of the Hasidim who take an interest in Yiddish Farm are at the fringes of their communities, or already outside of them. But even that is important. With one third of New York Jewry Orthodox, and 37% of Jewish children in New York Hasidic, such bridges are increasingly valuable. Yiddish Farm is not alone in this respect — similar situations can be found in many parts of the Yiddish world — but it is representative of an important and too-rare paradigm.