5 Jewish Things at the Inauguration 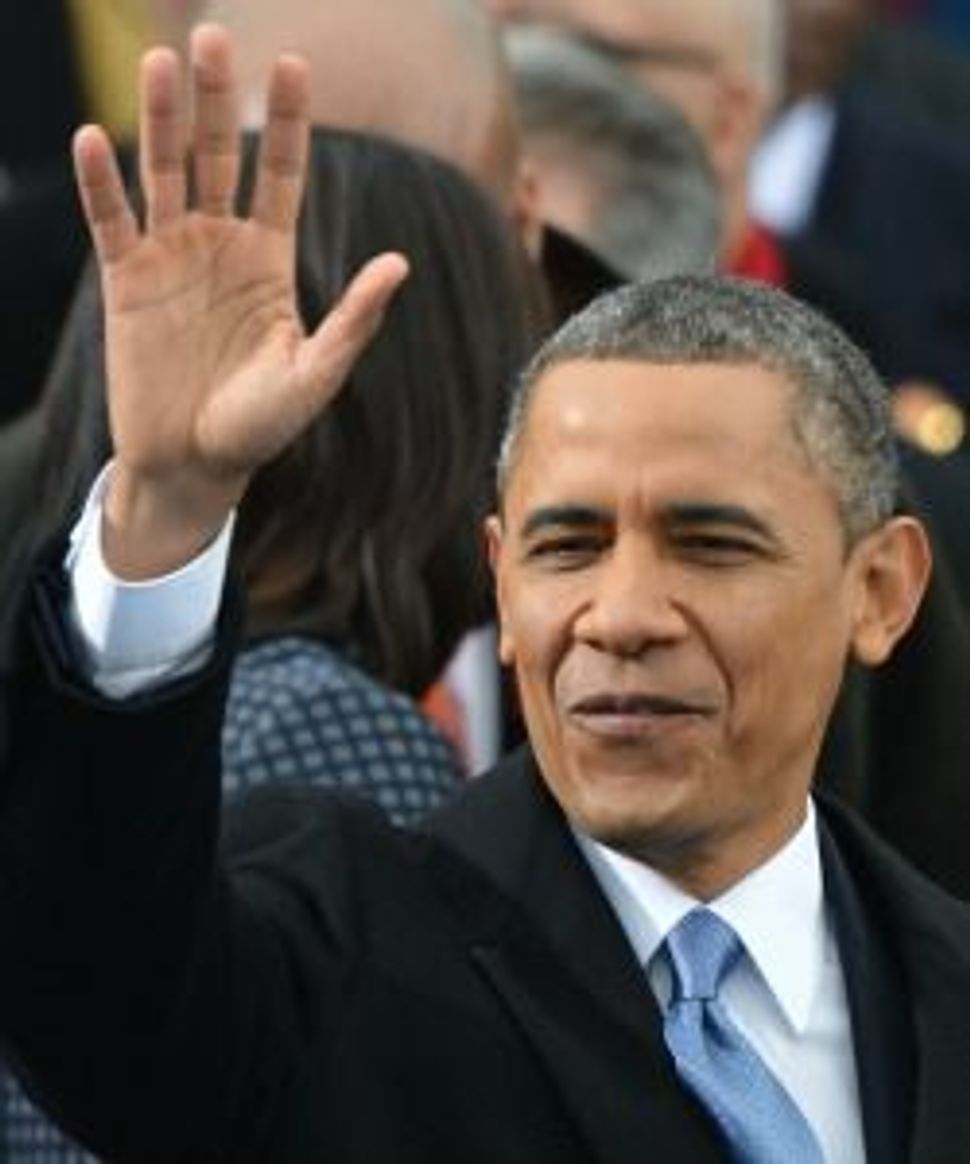 President Obama’s first inauguration in 2009 was full of Jewish side events. There was a fancy ball at a downtown hotel co-sponsored by major Jewish groups and attended by Jewish politicos, activists and even Dr. Ruth Westhehimer, plus a string of private events hosted by Jewish Democratic donors and supporters.

This time around, the entire inauguration has been downsized as the president looks to send a message that he is taking into account the tough economic climate. And after all it’s his second term.

The Jewish community is also taking a low key approach. But here’s a few things to watch out for. And if you find a way into the inaugural lunch, Sen. Chuck Schumer is making apple pie for dessert.

Two Jewish groups, Repair the World and the D.C. Jewish Community Center, participated in the Day of Service volunteer fair on the National Mall on Saturday. The event aims highlighted volunteering opportunities, all part of the inauguration’s theme of community service.

The two groups shared the stage with 90 other organizations offering ways to help those in need.

“We hope to reach a part of the population we don’t usually reach,” said Erica Steen, director of community engagement at the DCJCC, which organizes throughout the years volunteers food drives for the homeless, house repairs for low income families and work with local schools.

The National Jewish Democratic Council is holding its inauguration event on Sunday at the offices of an investment firm not far from the Mall. It is an event designed mainly for donors and will be attended by Jewish members of the House and Senate.

Keep an eye on the religious leaders participating in the inauguration ceremonies. Myrlie Evers-Williams, a civil rights leader and the widow of Medgar Evers will deliver the invocation and Rev. Louie Giglio, pastor of the Passion City Church in Atlanta will present the benediction. On Tuesday, the National Cathedral in Washington will host the Presidential Inaugural Prayer Service, with representatives not only from several Christian denominations but also from the Muslim, Jewish and Sikh communities.

Back in 2009, the Zionist Organization of America’s Morton Klein noticed something interesting. Obama, in his inauguration speech, said America was a nation of “Christians and Muslims, Jews and Hindus and non-believers.” Klein was enraged by the order of religions, putting Muslim before Jewish. He argued that it is a decades-long American tradition to talk about Judeo-Christian values and to mention Jews right after Christians and before Muslims. Klein will, undoubtedly, listen carefully to Obama’s speech on Monday, to make sure the order is changed.

Not much to look for. Unless Usher or Katy Perry has converted without our knowledge, there wasn’t much Jewish involvement in the Kids Inaugural concert on Saturday. Sen. Chuck Schumer (D-N.Y.) is the chairman of the Joint Congressional Committee on Inaugural Ceremonies, or in other words, the guy in charge of the entire show. Still, as Devra Ferst reported he didn’t think much of kosher laws when choosing the menu for the inaugural lunch.

5 Jewish Things at the Inauguration