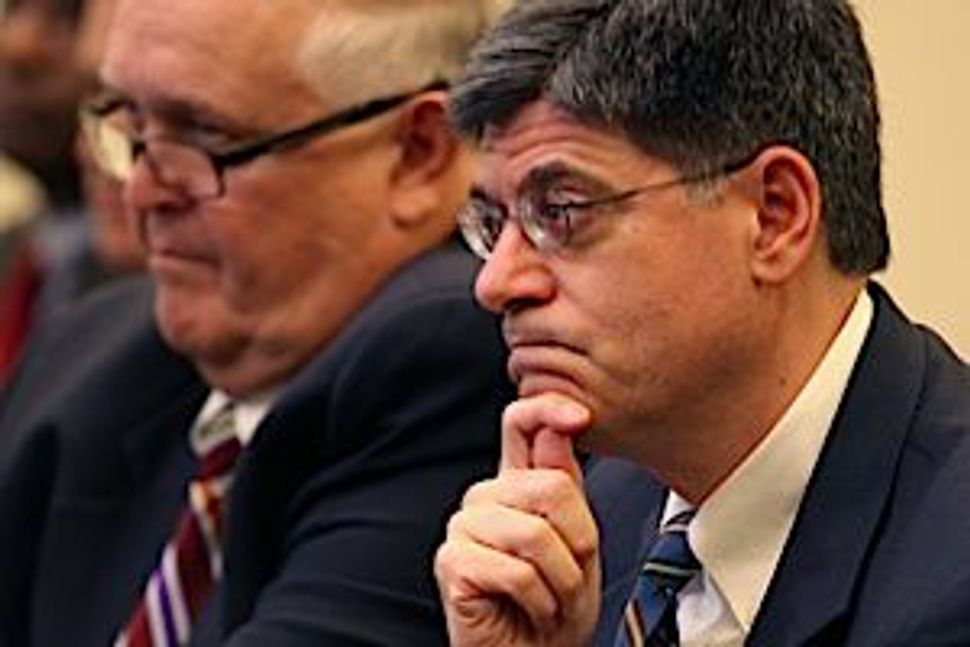 What will the Orthodox White House Chief of Staff Jack Lew be eating for lunch on January 21st?

We’re not quite sure, but his dining companions will be feasting on a meal that’s as treyf as they come.

Earlier today the menu for the traditional Inaugural Lunch in Statuary Hall was released and it starts with steamed lobster topped with clam chowder, features bison as a second course and apple pie with sour cream ice cream to finish.

The menu was chosen by native Brooklynite and member of the tribe Senator Charles Schumer, who chairs the Joint Congressional Committee on Inaugural Ceremonies. “This Inaugural luncheon menu incorporates foods that the first Americans enjoyed, but with a modern, forward looking approach,” he said. “I’m confident that Democrats, Republicans and representatives from all three branches alike will enjoy these incredible dishes from all corners of our nation.”

Well, everyone but those who keep kosher.

Perhaps someone should send Schumer a Zabar’s care package and remind him of his own culinary roots?

Check out the full menu below.