Whatever Happened to Kissing Babies? 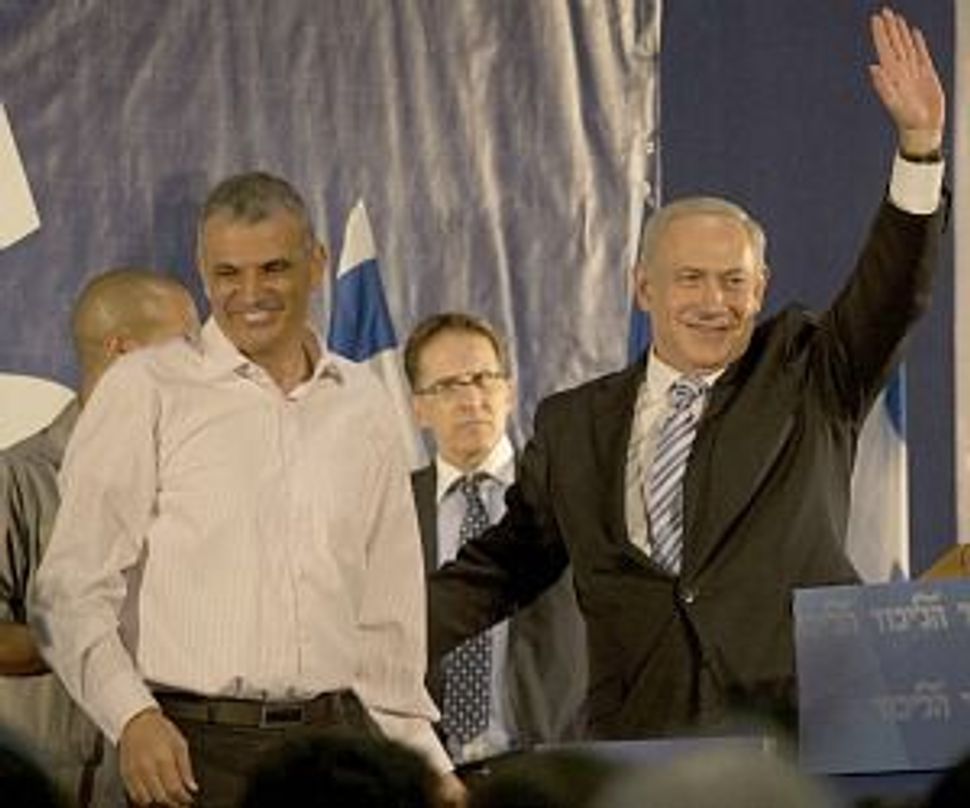 The Israel Land Administration is a notorious government bureaucracy, whose precise functions are a mystery to most Israelis. And yet, one day before polling opens here in Israel, the whole country is talking about it.

The reason is that Prime Minister Benjamin Netanyahu announced yesterday that the popular minister Moshe Kahlon, who aid ahead of the campaign that he was leaving politics, will become director of this body which controls the release of land for building.

Kahlon is loved because he’s a salt-of-the-earth kind of guy in a Likud party which is increasingly seen as serving Israel’s tycoons. In a country where ethnicity matters in politics he’s Sephardi in an Ashkenazi-dominated faction. Last but not least, in these important hours in which the parties try to catch floating voters (more than 10% of voters are still undecided) Kahlon has the ability to attract socially-concerned voters who may otherwise go for the centrist parties.

And so, while Netanyahu can’t undo the fact that Kahlon isn’t standing for Knesset, he’s done the next-best thing — appointed him to a high-profile unelected post. His big achievement as Communications Minister in the last Knesset was to reduce cellphone prices, and Netanyahu is indicating that he’ll have the same kind of impact on house prices.

But house prices are far more complex than cellphone packages, and one wonders why, if bringing house prices down is really so simple as appointing the right man to the job, why Netanyahu didn’t do exactly that 18 months ago when the social protestors took to the streets objecting to high living costs? If the answer is that this has more to do with the poll than with real concern about housing prices, one wonders how ethical making civil service appointments is as a form of electioneering. What happened to good old fashioned baby-kissing?

Whatever Happened to Kissing Babies?