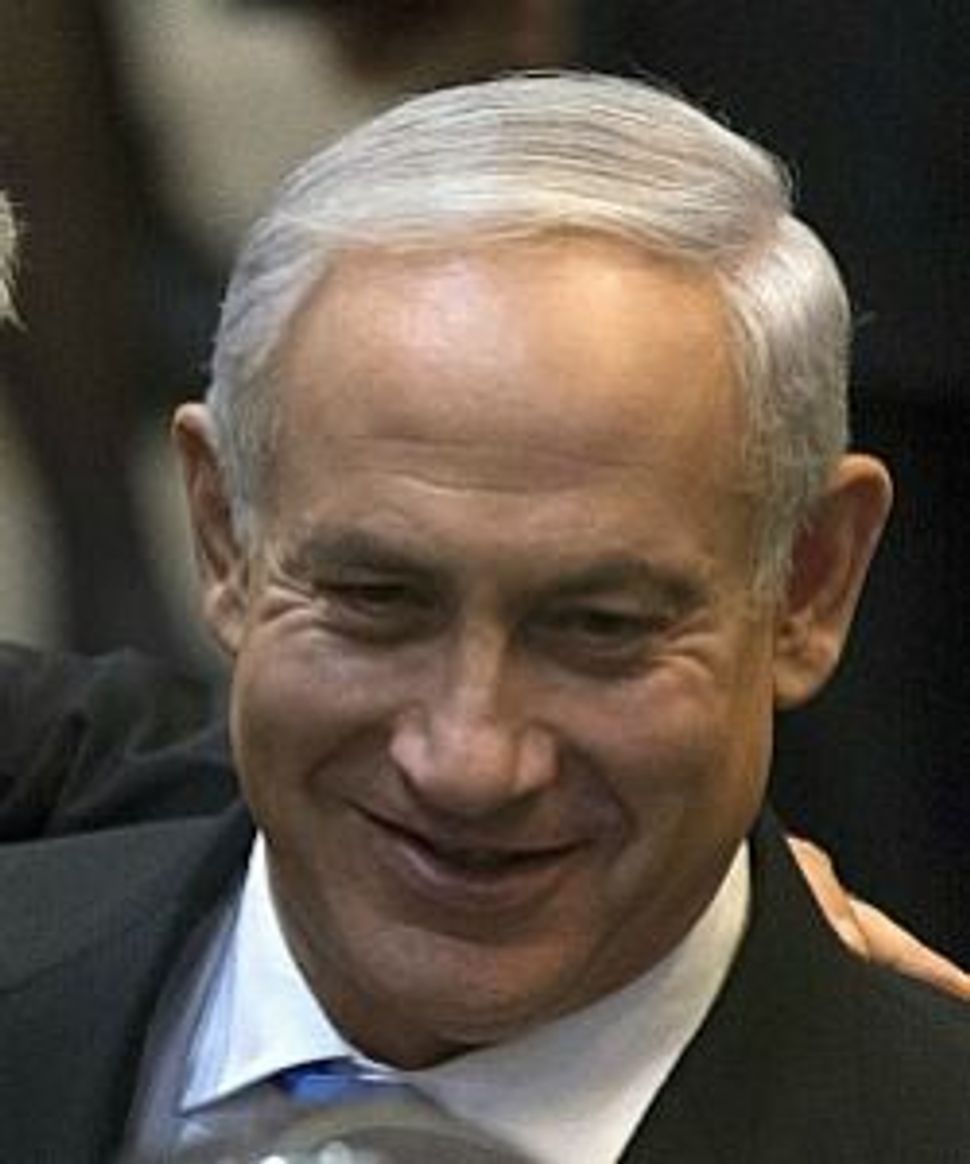 The other explanations are worth reviewing, as they provide the background for Bibi’s current dilemma. One theory is that Bibi stalled until the last minute—that is, until Friday, March 8—before beginning earnest negotiations, in hopes of breaking up the Yair Lapid-Naftali Bennett alliance, bypassing Lapid and bringing in his old ultra-Orthodox Shas allies into a coalition alongside Bennett and Tzipi Livni. Another theory is that Lapid and his chief negotiator, businessman and onetime Ariel Sharon aide Uri Shani, are dragging the current, bare-knuckled negotiations until a minute before midnight—that would be Thursday, March 14—in order to force Bibi to accept their demands.

The bottom line, though, is that the second-tier Likud leaders on Bibi’s bench haven’t yet internalized the fact that they lost the January 22 election and can’t keep what they had in the last election. Accordingly, they’re making it impossible for Bibi to give Lapid what he earned from the voters. Unfortunately for them, Lapid isn’t ready to fold. He’s already given up too much.

Lapid’s reasoning is that he effectively leads a bloc of 33 seats in the 120-member Knesset, including his own Yesh Atid party (19 seats), Bennett’s Jewish Home (12) and Shaul Mofaz’s Kadima (2). That makes his bloc larger than Bibi’s 31-seat Likud-Beiteinu bloc (which is not a party but rather an alliance of Likud, with 20, and Avigdor Lieberman’s Yisrael Beiteinu, with 11). Following that logic, Lapid spent days insisting on receiving two of the four senior ministries in the new government: foreign affairs for himself and finance for Bennett. Bibi would keep the prime ministry for himself and the defense ministry for his number 2 (more on that later).

Bibi couldn’t do that, ostensibly because he had promised to keep the foreign ministry open for Lieberman, who had to resign to face trial on corruption charges but is hoping to return after an acquittal or misdemeanor conviction. In fact, keeping promises has never been Netanyahu’s signature issue, but he had two other, more compelling considerations:

First, sharing the top slots on a 50-50 basis would demote him from national leader to partner in a unity duo, and that would cripple him in office as he sees it. Second and arguably more important, Lieberman threatened to take his 11 seats and bolt the coalition if the foreign ministry weren’t saved for him. That would bring down the whole house of cards. And so, after failing to convince Lieberman to take the defense ministry, Bibi had talk Lapid down from sharing the top slots and get him to accept finance. Lapid folded last Friday. According to some reports, he folded because Bennett was no longer willing to back him in the demand.

Finance was tough pill for Lapid to swallow, as it is a career-killer that puts the incumbent in charge of tax hikes and budget and service cuts, a problematic job description for a politician who just ran a on campaign promise to help the middle class. His aides now say it’s a challenge he’s willing to accept, probably because Bibi left him no choice. But Bibi must have promised to compensate him with other high-profile cabinet assignments for his party. Lapid has been known since early in the campaign to have his eye on the education ministry for his No. 2, Rabbi Shai Piron, a leader of the liberal Orthodox Tsohar movement, and the interior ministry for either his No. 3 or 4, respectively former Herzliya mayor Yael German (former Meretz member and a woman) or former Dimona mayor Meir Cohen (former Yisrael Beiteinu member of working-class Sephardi background). Lapid also needs to find a ministry to give to Shaul Mofaz, whose Kadima caucus is too small to earn a seat at the cabinet table on its own merits.

The problem is that Bibi is facing what’s being popularly called an intifada from angry Likud lawmakers—ministers in the outgoing cabinet who were counting on getting promoting and will now be lucky to hold onto their own seats, and newer faces who expected to become ministers because they won prominence during the last Knesset—in many cases outscoring the veterans in last fall’s Likud primaries.

Things are so bad that some of the back-benchers are reportedly threatening to boycott the new cabinet’s Knesset swearing-in ceremony. Notably, the disappointed up-and-coming back-benchers most frequently mentioned are all stalwarts of the hard-right, not-one inch crowd that became very vocal in the last Knesset and did well in the primaries: Ze’ev Elkin, Miri Regev, Danny Danon, Yariv Levin and Tzipi Hotoveli.

It’s worth recalling, as has been widely reported, that the success of the hard-liners in the primaries is due in large part to massive voter registration among West Bank settlers, who then voted in the general elections for other parties further to the right. People close to Bibi have been pointing to that discrepancy as a reason not to take the back-benchers’ complaints too seriously. But once the complaints become threats of an embarrassing boycott, they’re not so easily dismissed.

For all those reasons, Bibi is extremely eager to keep the education ministry for the much admired Likud incumbent, Gideon Saar, who is a reliable ally of Bibi’s. The interior ministry is easier to give up, because it was held in the outgoing government by Shas, which is now in the opposition.

Interestingly, the Likud is framing it as an ideological issue: party sources fret that the ultra-Orthodox parties would rather have a secular education minister who will leave their independent schools more or less alone, rather than a modern Orthodox minister who believes, along with Lapid and much of their party, in working toward greater integration, beefing up the Jewish studies in state (secular) schools and at the same time increasing tolerance and civics education in the religious and ultra-Orthodox schools. This isn’t idle speculation. Israel’s supreme court ruled in February that Haredi schools must start teaching “core curriculum” – math, science, civics, English – or face legal sanctions. The senior Ashkenazi rabbis responded defiantly – teaching math is tantamount to forced conversion. Bibi and Saar won’t push the issue. Lapid and Piron will.

It’s not just the ultra-Orthodox who are worried about Lapid’s party running the schools. During a televised panel discussion on election night itself, while votes were still being counted, the number 3 candidate in Bennett’s Jewish Home party, Nissan Slomianski, the last surviving senior figure from the old, centrist National Religious Party core group, declared that the “one red line” that his party couldn’t cross would be accepting the overly liberal and pluralist Shai Piron as education minister. And sure enough, that’s exactly what Lapid is now holding out for.