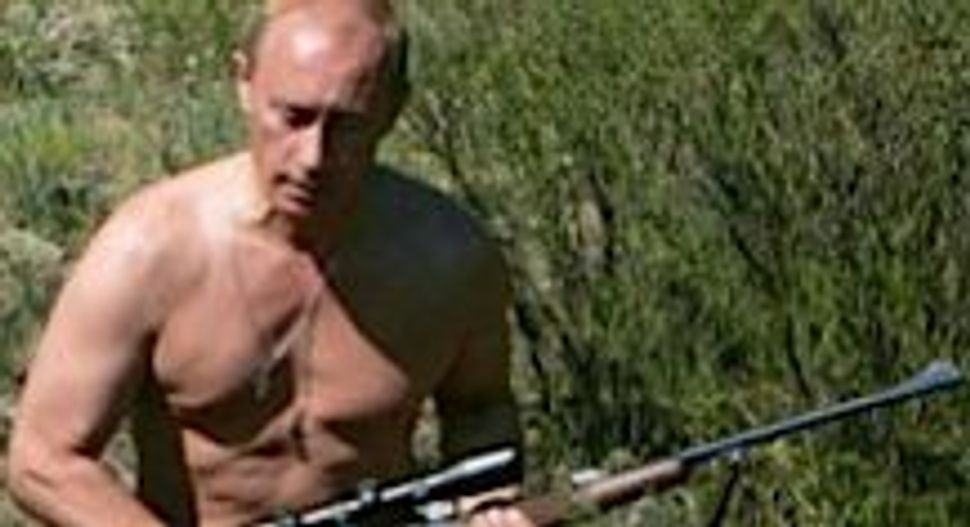 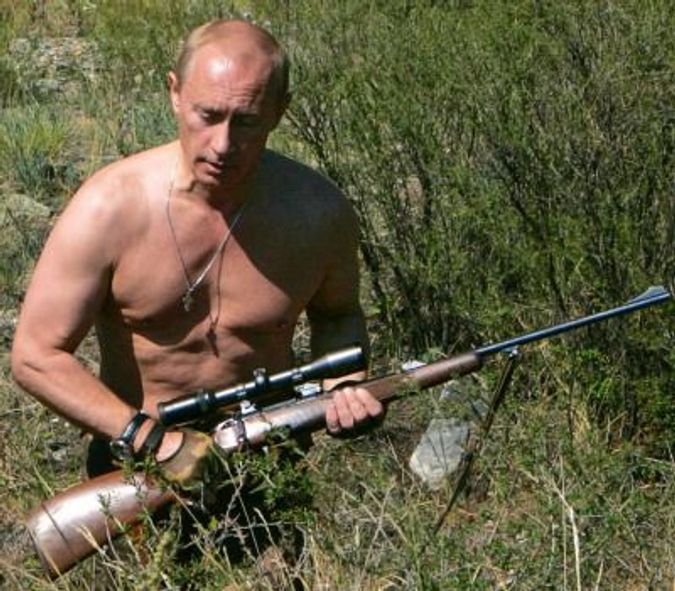 It’s hard to know exactly how to respond to Vladimir Putin’s op-ed essay in Thursday’s New York Times. On the one hand, polls show that most Americans agree with his call to avoid American military engagement in Syria. On the other hand, very few of us want to come out and agree with Putin. Apparently we don’t like dictators telling us what to do, even when we think they’re right.

Bloomberg News probably hit the note that would resonate with most people, declaring in an editorial that while much of what Putin wrote was misleading, self-serving or downright false, it advances a plan that could disarm Syria’s poison gas without war. “In other words: Vladimir Putin is that rare writer whose actions matter more—and certainly must be more persuasive—than his words.” Go Vlad.

Some went a bit further, into what most of us might consider uncomfortable territory. Former Reagan White House aide Pat Buchanan told Greta Van Sustern Wednesday evening on Fox News, responding to the Times piece, that “in the last week Vladimir Putin looks like a statesman.”

But Buchanan is someone who knows a thing or two about uncomfortable territory. He’s the guy who once called Congress “Israeli-occupied territory.” He also, it’s generally believed, was the Reagan aide who pushed hardest for the Gipper to visit that Nazi military cemetery at Bitburg in 1985. So hearing that he’s Putin’s most prominent defender in the public square at this point is, somehow, not surprising.

That’s the funny thing. The blogosphere was filled with cheers for Putin from folks you never heard of at outlets like policymic and Daily Kos, but virtually all the mainstream pols and pundits were falling in line behind Democratic Senator Robert Menendez of New Jersey, who apparently spoke for all of us when he told CNN that on hearing about Putin’s op-ed during dinner “I almost wanted to vomit.” After all, Menendez said,

I worry when someone who came up through the KGB tells us what is in our national interests and what is not. It really raises the question of how serious the Russian proposal is.

Menendez is the chairman of the Senate Foreign Relations Committee, so he’ll be in the driver’s seat when Congress takes up President Obama’s war powers request. In a democracy like ours, decisions about our national interest are placed in the secure hands of our own elected representatives, as Obama wisely did when he asked Congress to decide whether to take us into another war in the Middle East. We trust Congress.

That’s why I look to Robert Menendez when I want to know how to judge a foreign dictator’s announcements. The idea that a former spook from the KGB should be taken seriously as a world leader is, well, spooky. A former head of the CIA like our 41st president, George H.W. Bush—now that’s a different story. But the KGB? Perish etc. I always leave my big thinking to guys from Jersey.

And the idea that the New York Times would put itself in the service of the president of Russia so he can reach over the heads of our government and talk directly to the American people, as though he owned the place, must raise the question of which side the Times is on. Freedom of the press is one thing, but that doesn’t mean it should let its opinion pages be the plaything of foreign bullies.

It tells you something about the Times—that “it’s REALLY Pravda-on-the-Hudson,” as John Podhoretz, editor of Commentary and former opinion editor and current columnist of Australian-British-American media bully Rupert Murdoch’s New York Post, tweeted on Thursday.

Unfortunately, Putin has a sorry track record in this appalling behavior. Usually, though, it’s been more subtle. When he’s tried in the past to manipulate American public opinion, he’s usually written his op-eds in his former capacity as prime minister of Russia rather than president. I guess that’s different. For example:

But that was different. It’s hard to think of an American newspaper allowing him to address the American public as president and head of state of Russia, unless you count his op-ed in Rupert Murdoch’s (and John Podhoretz’s) Wall Street Journal. But, hey, that was a whole year ago, on September 6, 2012. For the New York Times to do it now really crosses a red line. And when America draws a red line, it’s a red line.

No, when the president of a democracy like ours wants to go over the heads of another country’s leaders and talk directly to its people, stomping around like he owns the place, he flies there and does it in a televised address to a room full of college students, as President Obama did in Cairo in June 2009 and Jerusalem in March 2013. That’s how an American president talks over the heads of a foreign leader.

And if there’s any vomiting that’s going to be done when one head of state tells another one how to run his country, it’s best that he vomit directly in his lap, as our own 41st president, George H.W. Bush, did in Japan on January 8, 1992. After all, Bush came up through the CIA. You can see the difference immediately.

That’s how we Americans do things. That’s exceptionalism.