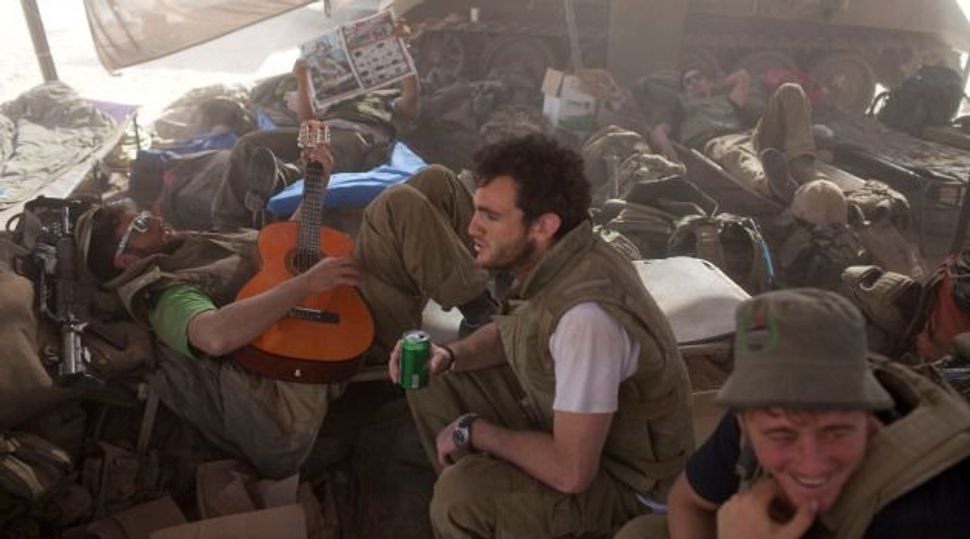 Military officers were quoted by Walla News and Haaretz late Saturday night as saying that IDF engineers will be finished within a day with the demolition of the 31 Hamas attack tunnels that have been identified leading into Israel. Numerous Israeli and Palestinian news outlets report that troops have begun withdrawing from the populated areas of the Gaza Strip to a staging area along the border fence, where they will remain until the Israeli government decides its next steps. The government said it will continue air strikes against rocket launchers and other offensive targets.

Even before Friday’s abortive cease-fire, the question of how much longer Israel should continue the operation was becoming a political football in Jerusalem last week. Senior military officers told reporters that the mission they were assigned was nearly done and that they were waiting for the government to decide whether to push on or pull back. Cabinet ministers on the right replied that it was up to the military to decide whether the country was safe or not.

The question appeared to become moot Friday morning after a Givati infantry brigade officer, Second Lieutenant Hadar Goldin, 23, was reported to have been snatched by Hamas gunmen during an ambush near the city of Rafah and spirited away into a tunnel. Troops closed off Rafah and began a house-to-house search for the missing officer. That led to expectations of a prolonged dragnet like the one conducted in the search for the three kidnapped yeshiva students in the West Bank in June.

On Saturday evening, however, the army’s personnel chief and chief rabbi reported that they had determined that Goldin was dead, relying on “medical, halachic and other considerations” based on “evidence from the battlefield.”

That reopened the political debate over whether Operation Protective Edge was nearing its end or approaching a new stage, and what would constitute victory. Prime Minister Netanyahu spoke to the press (Hebrew, English) at IDF headquarters Saturday night and essentially punted: He indicated that the army had done a fine job in taking care of the tunnels, but said that operations would continue as needed.

The right took that as a hint that the operation was essentially over, and went on the attack. Two of the most outspoken Likud Knesset back-benchers, Moshe Feiglin and Danny Danon, accused Netanyahu of leaving the job undone. Feiglin, a radical religious messianist, had argued for weeks that Israel should take control of Gaza and expel the Arab inhabitants en masse. Simply removing missiles and tunnels was “attacking the symptom and not the problem,” he said Saturday night. Danon said Netanyahu was acting “in the spirit of Tzipi Livni,” the justice minister who favors a two-state peace agreement with the Palestinians.

On Sunday morning they were joined by a higher-ranking politician, Tourism Minister Uzi Landau, a longtime Likud hawk who defected to the the Yisrael Beiteinu party in 2008. While he didn’t attack Netanyahu by name, he argued in a radio interview that the mission wouldn’t be complete until Hamas’s capacity to dig tunnels and manufacture rockets had been eliminated.

Livni herself, in a Sunday morning interview on Ynet television, insisted that once the IDF reported that the border had been secured, families in nearby Israeli communities could safely return home. When news anchor Atilla Shomfalvi pressed her on whether she could guarantee that Hamas would not acquire new rockets or dig new tunnels, she replied that Israel “is not in Europe. We live in a difficult neighborhood. We’re in an ongoing dispute. We don’t yet have a solution to the dispute.”

She was referring to the ongoing Israeli-Palestinian dispute. U.S.-brokered talks to end that dispute, the latest in a quarter-century series of negotiating rounds, broke down in acrimony last April. Many Israelis had hoped that in the absence of a viable compromise peace agreement, their lives could continue quietly while IDF troops continue to patrol the West Bank and surround Gaza. Palestinians say that the breakdown of peace negotiations made a violent explosion all but inevitable.

The ambush of Goldin’s unit on Friday morning came an hour and 40 minutes into a cease-fire that had been negotiated by Secretary of State John Kerry and U.N. Secretary-General Ban Ki-moon, and was supposed to last 72 hours. As part of the cease-fire agreement, Israeli and Palestinian delegations were to come to Cairo for indirect negotiations over a longer-term cease-fire in which the two sides would press their demands. Hamas says it wants a lifting of the blockade that Egypt and Israel have imposed on the district for the past seven years. Israel wanted Gaza demilitarized.

The Palestinians sent a delegation to Cairo, headed by representatives of the Ramallah-based Palestinian Authority and including delegates from Hamas and the smaller, more radical Islamic Jihad faction in Gaza. Israel didn’t send its delegation, arguing that the collapse of the cease-fire — reportedly the eighth since the fighting began July 1 — showed that Hamas was incapable of keeping an agreement and there was no point talking with it about another one.

But if Israel wasn’t interested in deciding the next steps, it seemed as though everyone else in the neighborhood was. According to The Economist, the authoritative British newsweekly, Egypt is intent on using the talks in Cairo with the Palestinian delegation to begin setting rules for a new regime in Gaza that would address Israel’s security demands. The magazine reported that “mediators” — it didn’t say who — had set out four goals for the talks.

The first is putting Mahmoud Abbas’s Palestinian Authority in charge of Gaza, through the mechanism of the “reconciliation agreement” Abbas signed with Hamas in April. The second is reopening Gaza’s ports and border crossings to trade. Third, rebuilding Gaza, with money pledged several years ago by international donors but never delivered. Fourth, disarming the “armed Palestinian factions” — Hamas, Islamic Jihad and the smaller Al Qaeda-type groups running around the district — “under international monitors, who would also have to oversee the border crossings.”

The article strangely made no mention of the international monitors’ sterling record in disarming Hezbollah after the Second Lebanon War.

The magazine notes that Egypt and Israel both have “concerns” about putting Abbas’s troops in Gaza. Egypt worries that they won’t stand up to Hamas and will simply provide a “fig leaf.” Israel, for its part, worries that letting Abbas take over Gaza will pave the way for him to demand new negotiations for Palestinian statehood. Israel, The Economist reported, “wants to ensure Gaza’s demilitarisation as part of a ceasefire, not as part of a resumption of negotiations towards a two-state settlement.”

At the same time, Walla’s well-connected military correspondent Amir Tibon reported Saturday night that renewed Israeli-Palestinian peace negotiations might be on the way, like it or not. Netanyahu gave a nod during his Saturday night press conference to the de facto alliance that emerged during the crisis between Israel and the anti-Hamas Arab states of Egypt, Saudi Arabia, Jordan and the Gulf emirates other than Qatar.

The allies, Tibon reported, are intent on seeing to it that Abbas takes effective control of Gaza and pushes Hamas to the margins. But their price will be new peace talks. Given the political risks their rulers took on their domestic fronts opposing Hamas despite the massive destruction Israel inflicted on Gaza, they will have to show that they got something for it.

In a likely sign of Fatah thinking, Maan News, the independent Bethlehem news agency that’s close to Abbas, ran a prominent op-ed Friday by Palestinian-American journalist Daoud Kuttab calling for the “unification” of the West Bank and Gaza under a Palestinian unity government with Abbas firmly in charge.

And King Abdullah of Saudi Arabia fired what some called the first shot in that campaign on Friday in a talk he gave in Riyadh. He bitterly attacked “the world community” for its “silence” in the face of the “war crimes” perpetrated on the Palestinians in Gaza, but as noted in The National, the Abu Dhabi daily that is the Gulf region’s most respected English-language paper, he made no mention of Israel.

In Jerusalem, meanwhile, rumors have been running rife in recent weeks that Netanyahu has been reaching out to the Haredi parties, Shas and United Torah Judaism, about the possibility of joining his coalition at some point in the near future. Most speculation has focused on the possibility that he’ll need them to replace Livni and Yair Lapid if they bolt the coalition because of its right-wing tilt. The way things are going, though, it’s just as likely that he wants them to replace Naftali Bennett and the Likud hard-liners when those peace talks resume. In Israel, anything is possible.