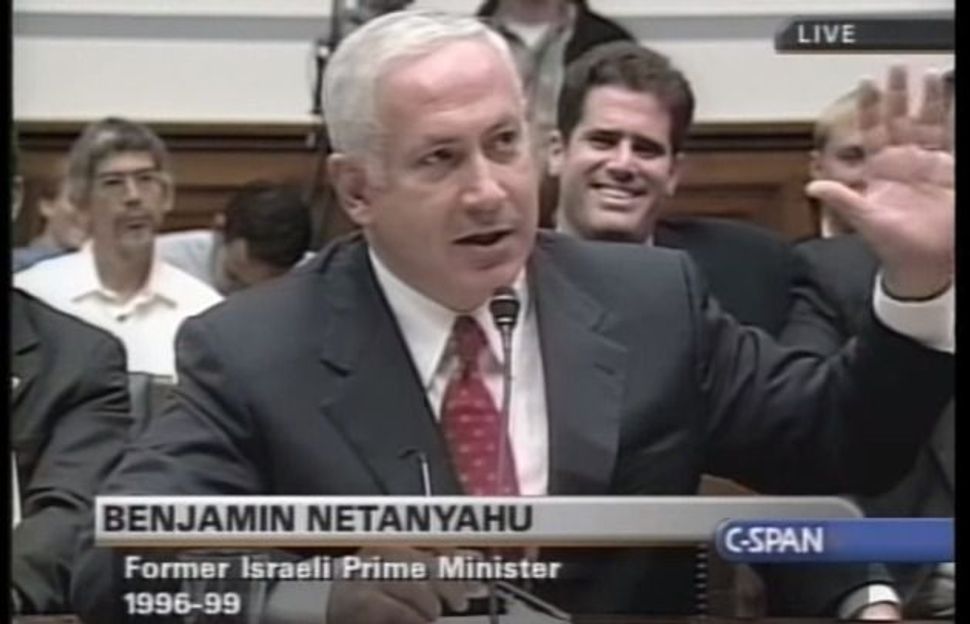 A number of readers have responded on line and in emails to my column, “How Bush and Bibi Made a Mess of the Middle East,” with pointed comments that deserve a reply.

Several readers suggested that I invented my account of Ariel Sharon’s conversation with George W. Bush in the White House on February 7, 2002. Or, alternatively, that I heard it from Yossi Alpher, who writes for the Forward and therefore is presumably an unreliable source.

I have great respect for Yossi Alpher, but he wasn’t my source on this. As I noted in the article, the Sharon-Bush conversation was described to me by “three sources with direct knowledge.” I didn’t name them because of space constraints in the print edition, but I can name them here: Danny Ayalon, then Sharon’s foreign policy adviser (and later Israeli ambassador to Washington); Raanan Gissin, a senior communications and policy aide to Sharon; and Col. Lawrence Wilkerson, chief of staff to Secretary of State Colin Powell.

One reader interpreted my account to mean that Sharon had urged Bush to leave Iraq alone and instead to invade Iran, “a far more dangerous player.” I didn’t say that. Sharon’s argument, I wrote, was that if Saddam were removed, “Iran, a far more dangerous player, will be rid of its principal enemy and free to pursue its ambitions of regional hegemony.” That wasn’t an argument to invade Iran, but merely to leave Saddam in place.

I should add that all three of my sources explicitly told me Sharon didn’t recommend any specific action to Bush. He merely set out what he believed would follow an invasion and regime change in Iraq. He made clear that Bush’s decisions were his alone.

One reader claimed I distorted Netanyahu’s statement to the House oversight committee in 2002 regarding Iraq’s having centrifuges “the size of washing machines.” Also that another Netanyahu quote — “If you take out Saddam, Saddam’s regime, I guarantee that it will have enormous positive reverberations on the region” — was fabricated. For your convenience, I’m posting C-Span’s video of the Netanyahu testimony below. The statement about the centrifuges begins at 28:20. The line about reverberations comes at 1:11:41.

Far more substantive and troubling is the claim by a number of readers that I was blaming the Iraq war on Netanyahu, “an Israeli,” and therefore regurgitating the Protocols of the Elders of Zion. To these readers I suggest: Read what I wrote.

I reported Sharon’s views precisely in order to debunk the widely-circulated claim that Israel wanted Bush to invade Iraq. Israel was against it. Netanyahu argued for it, but he was a private citizen at the time, and his views were, as they so often are, contrary to those of Israeli intelligence.

Moreover, Netanyahu made his case for invasion to Congress in September 2002. But, as I wrote, the president had already decided to invade by early January 2002, as Condoleezza Rice told Israel’s national security council director Uzi Dayan. This came as a surprise to Israel, Dayan told me. Other senior Israeli security officials have confirmed this.

Some well-documented accounts have dated Bush’s decision to invade Iraq even earlier. Richard Clarke, counterterrorism chief at the National Security Council in 2001, wrote in his 2004 book “Against All Enemies” that on the morning after the attacks of September 11, 2001, Bush instructed him to look for evidence linking the attack to Saddam Hussein, even though it was already clear that Osama bin Laden was responsible.

Moreover, according to Bush’s first treasury secretary, Paul O’Neill, as reported in Ron Suskind’s 2004 book “The Price of Loyalty,” the Bush administration began planning the Iraq invasion on January 30, 2001, at Bush’s first National Security Council meeting, several days after his first inauguration and more than seven months before the 9/11 attacks.

I cited Netanyahu’s 2002 congressional testimony because it’s often cited by critics of Israel as evidence that Israel pushed America to war. I wanted to make clear that Netanyahu was speaking as a private citizen whose views didn’t reflect — indeed, were directly opposed to — the stance of Israel’s government and military.

To drive home that contrast, I wrote that Bush “listened to Netanyahu and the neocons, not Sharon and his generals.” Perhaps that sentence, divorced from the rest of the article and from the timing of events, left some readers thinking I wanted to blame Bibi for Bush’s decision. It was poor phrasing on my part, and I’m sorry.

There’s no end to theories as to why we invaded Iraq — weapons of mass destruction, suspected complicity in 9/11, deterring terrorism, exporting democracy, controlling oil fields, finishing the job begun in the first Gulf War in 1991, revenge for Saddam’s threats against George Bush Sr., buttressing Israeli security. Each surely had its influence on at least some factions with the George W. Bush administration. We’ll probably never know which, if any, was decisive.

It’s possible that a case could be made for Netanyahu having had some influence on some Americans through his writings and speeches, going back to the 1980s. He was known for tying together themes of fighting terrorism, defending Israel and promoting democracy in the Middle East as interconnected elements of a Western strategy. His views are often accepted on the American right, particularly among conservative American Jews, as if they represent an Israeli security consensus, which they don’t. However, if anyone has convincingly demonstrated a connection between Bibi’s writings and the American right’s quest to topple Saddam, I’m not aware of it. In fact, officials from America and other countries tried repeatedly during the 1990s to convince Israel — under both Rabin and Netanyahu — to back anti-Saddam efforts. They all failed.

What can be stated with certainty is the disastrous impact of the invasion as the direct source of much of the chaos in the Middle East today.

Watch: Netanyahu before the House Committee on Government Reform and Oversight, September 12, 2002. For his comment on centrifuges “the size of washing machines,” go to 28:20. For his “guarantee” of positive reverberations from “taking out Saddam,” go to 1:11:41. (Note Netanyahu’s longtime aide Ron Dermer, currently Israeli ambassador in Washington, visible over Bibi’s left shoulder.) 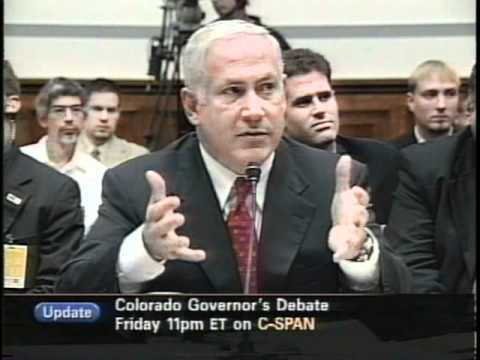