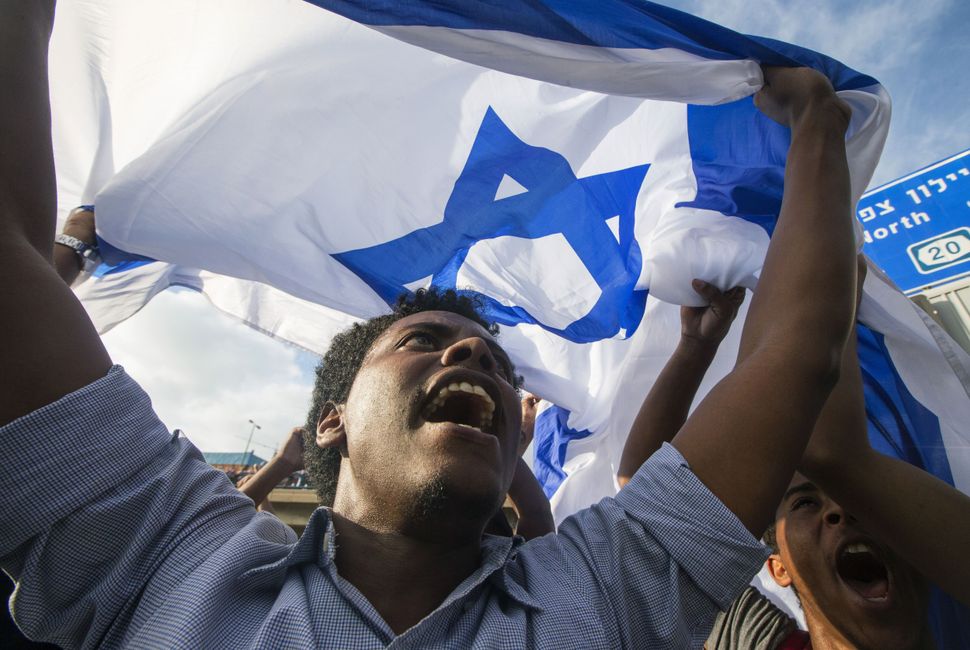 I was initially a proponent of the Black Lives Matter movement. As a person of color, I was startled and frightened when I watched video footage of young people of color being shot in the back, choked to death and beaten. It proved that the lives of people of color, particularly of African Americans, were being devalued. To counter this, BLM came out with what seemed like a simple and straightforward message: We need more oversight and accountability for the people who can take our lives in an instant.

I still agree with this message, but the Movement for Black Lives has become repugnant to me after releasing its official platform on August 2.

The platform calls to end U.S. military aid to Israel and accuses Israel of being an apartheid state. And, in a passage that disgusts me, it accuses Israel of committing “genocide.” Ben Ndugga-Kabuye, who co-authored the statement with Rachel Gilmer, recently told JTA that he understood why Jewish groups disagree with the statement, but was perplexed that it has received so much attention. Maybe I can help explain.

In 1979 my family abruptly fled Iran because the Islamic Revolution would have resulted in them being executed for perceived ties to Zionism. My family was severed from the culture they had been a part of for over a thousand years. The situation was even worse for other Middle Eastern Jews in Arab countries. According to official census records and yearbooks of the Jewish communities, before 1948, there were nearly 900,000 Jews living in Arab lands, but by 2001 only 6,500 remained. These Jews, like me, are not of European parentage. They are Jews of color and many have taken refuge in Israel.

Instead of recognizing Israel for the refuge it was and still is, the Movement for Black Lives has fallen into the Israel-bashers’ trap of framing the conflict as being between a white European colonial power (Israel) and an oppressed indigenous population of color (Palestinians). This characterization is simplistic at best.

All Jews have ancient ties and deep connections to the land of Israel. It’s the birthplace of Jewish culture, peoplehood and religion, and for centuries Jews have prayed in the direction of the temple in Jerusalem, longing to return there. To equate Jews with European colonizers ignores all this, and forgets the almost 2,000 years of ghettoization and separation that Jews felt from the rest of European society and the world. The notion that, for example, a Russian Jew and a Russian non-Jew in 1905 had the same background and culture is historically ludicrous.

The idea of modern political Zionism came less than a century after Jews had been emancipated all over Europe, and its central idea was to create an area in which Jews could protect themselves and which they could call home. This is as opposed to the European countries, which had, in many parts, rejected Jews as co-nationalists (e.g. a German Jew could never be fully German). This is also not to mention the commonality felt between European Jews and Jews from other parts of the world, such as Jews sharing my own Persian heritage.

Erasing both the refugee experience of Jews of color and the whole Jewish people’s connection to the land of Israel, the Movement for Black Lives has characterized the conflict in a deeply flawed way.

And the terminology in the platform is offensive and dangerous. The term “genocide” was coined in 1944 by a Jewish lawyer named Raphael Lemkin to describe the systematic murder of the Jews under Nazi Germany. Tactics such as accusing Israel of committing genocide and comparing them to Nazis are often thinly veiled, cowardly ways for anti-Semites to hurt and trigger Jewish people. The accusation of genocide is completely asinine in the context of Israel because it is being used as a weapon against the very victims who experienced true genocide. The Palestinians have grievances, yes. But calling their experience a genocide completely devalues the term.

Finally, using the Movement for Black Lives platform to attack Israel actually distracts from the devaluation of people of color’s lives in America. By turning attention away from the behavior of the police force here, and taking an uninformed stance on an ethnic conflict in the Middle East, the Movement discredits what could have been a coherent and focused platform. The platform would have more gravitas and force, and would generate many more allies, if it stuck to the original message about legitimate grievances in America.

As a person of color, I stand to benefit greatly from the main message that the lives of people of color are as valuable as anyone else’s. But I will not stand for any part of that message that aligns itself with lies and anti-Semitism.

Philip Mehdipour is an alumnus of UCLA and UCLA Law and is working as a freelance writer and entrepreneur.