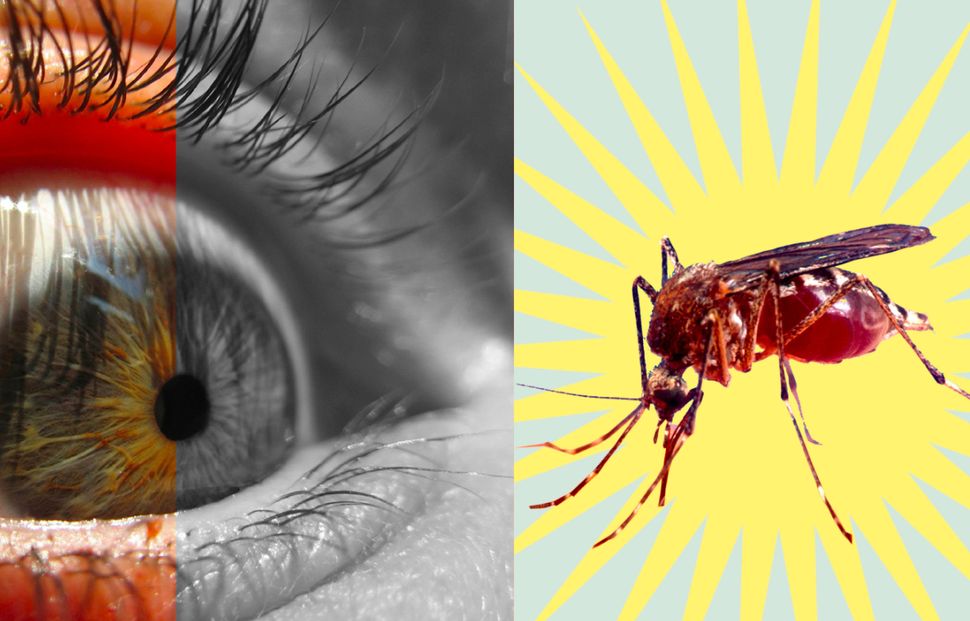 Remember Ebola? It’s widely thought that our national panic over Ebola cost the Democrats the Senate in 2014. Of course, there were many other factors in play. But do you remember how Republican after Republican got on television to condemn President Obama for “not keeping us safe from Ebola”?

Where’s Ebola now? Well, banished back to West Africa, where it can join SARS, bird flu and a dozen other epidemics that weren’t.

These days, of course, we’re worried about Zika. And with good reason: Zika can cause microcephaly in babies if their mothers contract the disease. It may be linked to neurological disorders in adults. And it’s supremely easy to spread: A single mosquito bite (fortunately, only those of certain species) will do it. Zika can also be sexually transmitted.

Strangely, our national and political response to Zika has been different from our response to Ebola. Interest spiked with the Olympics, held in Rio, the Zika capital of the world, but it’s subsided since. There are even concerns among some health professionals that we’re not taking the disease seriously enough.

The political response is even stranger. Zika doesn’t figure in any Republican talking points that I’m aware of. Republicans have even stalled emergency funding to fight the disease unless Planned Parenthood is specifically excluded from receiving any of it. (Epidemiologically, this is a terrible idea, since Planned Parenthood provides a range of pregnancy services to over 2.5 million women annually. But, you know, abortion.)

It’s almost as if Republicans have other things to get us worried about.

Answer: minuscule. What matters is the grammar of fearmongering, not its specific vocabulary. And this goes far beyond any political agenda. Human beings are primates, wired by a billion years of evolution to be scared of threats. Fight-or-flight responses save our lives every day. And as the fascinating studies by the Boston University-affiliated Institute for the Bio-Cultural Study of Religion (and others) have shown, around one-third to one-half of human beings seem genetically predisposed toward emphasizing the danger of threats over the possibilities of new experiences. How many Donald Trump voters eat sushi, after all?

And to those threats, they — we — respond with fear, then anger, then “tough talk” from strong leaders and patriots. As Adam Gopnik recently wrote of a previous administration, “The Nixon White House, addicts of toughness as only timid men can be, became inflamed with the desire for a ‘tough’ solution.”

Again, this is not just about Trump. It’s convenient, as the Orange One offends more and more populations, to lay the fearmongering, populism and authoritarianism all at his door. But that’s both ridiculous and irresponsible. Red-baiting was a central tenet of the postwar Republican Party, from McCarthy to Reagan. Democrats and Republicans alike have used coded racist language. And needless to say, Germans experienced some of the same economic and cultural dislocations in the 1920s and ’30s that Trump’s base does today.

That’s what makes terrorism terror-ism. A handful of isolated attacks, apparently not coordinated by any central authority, has inspired waves of fear among Americans who are living in the safest time and the safest place in history, in terms of actual threats to life and limb. Needless to say, we are also the strongest country in the world, with a military that dwarfs that of every other nation.

And yet, over one-third of Americans are, just as Obama infamously said, clinging to their God and their guns, certain that the Islamic State group is around every corner, and instinctively overreacting, as The New York Times reported recently, to loud sounds at airports. Our fear becomes a self-fulfilling prophecy as we act on its crude prompts. We live in an age of terrorism, because the terror is our own.

As I’ve remarked already this year, the 2016 campaign season has provided a strange confluence of my two careers: writer/pundit/columnist and Jewish/Buddhist teacher. I find myself wanting to say in my columns the same things I say to my meditation students: Notice the fear, acknowledge it, don’t believe it, watch it come and go. Look underneath the anger; see the pain that’s motivating it. Distinguish between feelings and facts. Breathe.

These bits of advice may seem trite, but imagine if the angriest voters at a Trump rally, chanting racist and sexist slogans, openly calling for the assassination of our likely next president — imagine if they were to actually put it into practice. Of course, the opposite is taking place. Where Mitt Romney and John McCain would denounce violence and vulgarity among their supporters, Trump encourages it, along with his preposterous amen corner of Newt Gingrich and Rudy Giuliani and other noisy has-beens. Rather than being invited to calm down, Trump’s supporters are incited to get even angrier, even more fearful. Astoundingly, no matter how many anti-Semites the Trump campaign embraces, it seems around 15%–20% of American Jews still support Trump, to various polls. It really is amazing, the human capacity to believe that we couldn’t possibly be included among the targets of hate. Take, for example, the ludicrous Jewish man who identified with the “alt-right” in these pages and was immediately pummeled by anti-Semitic trolls. Or the self-hating gay people like Peter Thiel, who, having attained a modicum of equality, now consider themselves safe from persecution — and safe to persecute others.

Don’t you see? It doesn’t matter who the targets of the hate, fear and anger are. The point isn’t Ebola, Zika, Mexican immigrants or Muslims. And it certainly isn’t Hillary Clinton’s email server. The point is which human faculties we wish to empower, which seeds we want to water.

Each of us has the capacity to be terrified, enraged and irrational — I’ve written of the times when I felt that way after terrorist attacks. But each of us also has the capacity to relax, reflect and be reasonable. In Judaism, these are our divine and animal natures; in “Star Wars,” they are the Force and the Dark Side. And we have the capacity to choose between them.

We do not have to let our basest natures win. It’s just easier to do so.