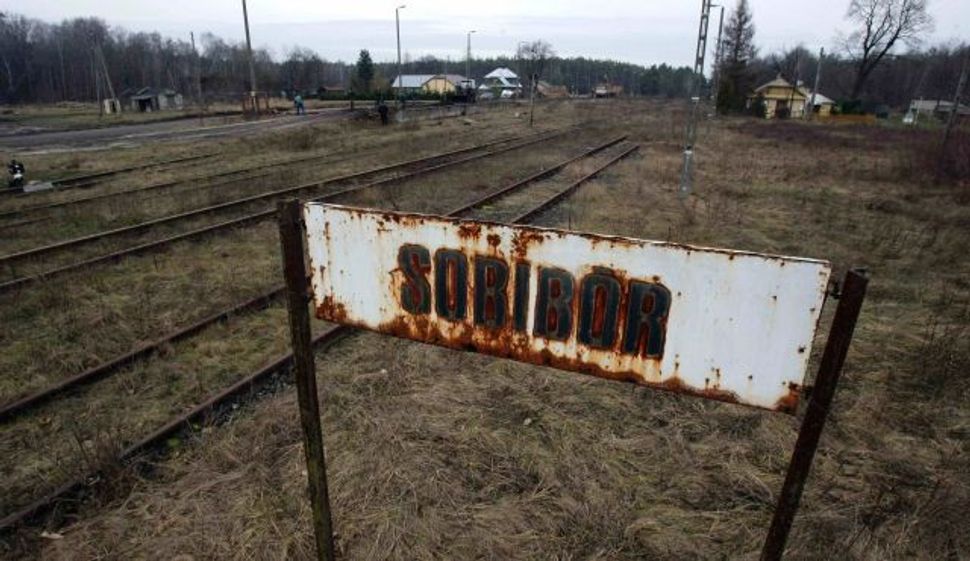 Secret Passage: A hidden tunnel leading out of the Sobibor concentration camp in Poland was discovered during an excavation. Image by Haaretz

In August, Poland’s Cabinet approved a bill that would criminalize using the phrase “Polish death camp” or “Polish concentration camp,” with punishments ranging from fines to imprisonment. It’s one of several recent government reforms that critics have called anti-democratic.

The bill also raises questions about Poland’s role in the Holocaust. It echoes the country’s communist-era stance on World War II: that Poland was a victim and heroically saved Jews. (Recent Polish novels and films challenging this narrative have met with controversy.)

Growing up in Canada, I heard the opposite stance from my family, my Jewish day school and the broader community: that Poland was anti-Semitic and complicit in the Holocaust.

Recently, however, I’ve come to believe that both narratives are true.

When I visited Poland this summer with my sister, for the first time, contradiction was the refrain of the trip. On the one hand, we learned that Christian Poles — including our local guide’s grandparents — were sent to concentration camps. The Nazis killed 2 million to 3 million Christian Poles, and 3 million Jewish Poles. Poland lost one-fifth of its total prewar population, more than any other European country.

At the POLIN Museum of the History of Polish Jews, in Warsaw, I learned about Zegota, the Council for Aid to Jews. Created by the Polish government-in-exile in London, it supported and funded Jewish resistance in Poland (including the Warsaw Ghetto Uprising), and was the only such organization created by a European government.

At Yad Vashem, Poland has the most Righteous Among the Nations of any country. Yet it also lost one of the highest percentages of Jews of all European countries.

We also found Holocaust memorials to be inconsistent, and dependent on local policies. In our Baba’s hometown of Wlodawa, the Jewish cemetery is now a park, without a Jewish memorial, in contrast to the many Holocaust memorials around Warsaw and Krakow and the preserved concentration and death camps. (At the camps we visited, Sobibor and Majdanek, there are houses right across the street, so locals see these dark reminders every day.)

In our Zeyda’s hometown of Bilgoraj, we spoke with three people who live near his former house, recently torn down to make way for a shopping mall. One of them, who had the same build and attire as our Zeyda, recognized our family name and recalled that our Zeyda’s next-door neighbors were rumored to have hidden Jews — including, possibly, one of Zeyda’s younger sisters. 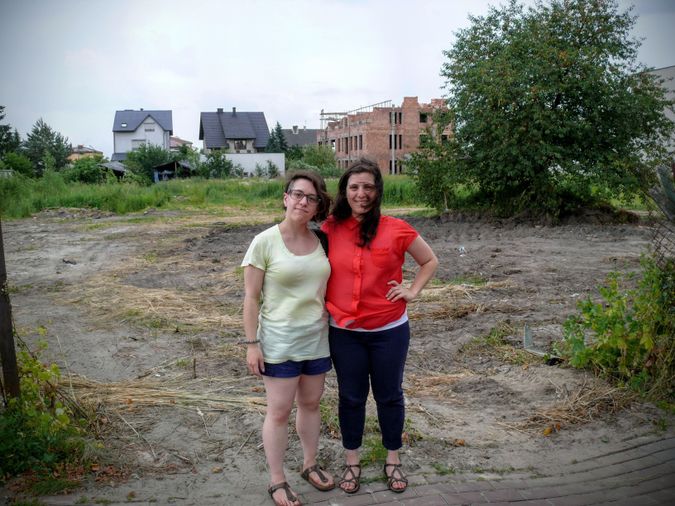 Image by Courtesy of Tamara Micner

Another neighbor said that her mother hid a Jewish man for three days before he fled town, and that Jews and Christians lived in peace before the war. Our grandparents didn’t express that perspective.

Nearby, a new development for both housing and tourists aims to recreate the town shtetl, including Isaac Bashevis Singer’s house, a Belarusian-style (not a local-style) synagogue,and luxury apartments. We called it “shtetl Disney.” We didn’t see any information on display about why the real shtetl disappeared.

I only hope no one will want to live in a place that seeks to profit from nostalgia for a lost community. But that depends on how people see their country’s role in that loss.

At the Krakow Jewish Culture Festival, we took a synagogue walking tour with a guide who — like a growing number of Poles — discovered her own Jewish ancestry after communism ended. We learned that Polish Jewish history dates back 1,000 years, since Jews fled the Crusades and got special protection, including freedom of religion, from a series of Polish kings. We also saw “Jewish-style” restaurants run by and for non-Jews, and “shtetl rabbi” statuettes being sold in the Old Town. We weren’t used to, or comfortable with, our culture being exoticized.

We saw a play about a Jewish Canadian with Polish roots who visits Poland for the first time, confronts the history and legacy of the Holocaust, and witnesses the country’s “Jewish revival” (led by Jews and Christians). Seeing some of our experience reflected back at us emphasized, for me, that Polishness and Ashkenazi Jewishness are partly intertwined.

Realizing that our family is more Polish than we’d thought was both heartwarming and heartbreaking. On our way to Wlodawa, we bought forest blueberries along a highway, and realized our grandparents would have grown up eating them rather than discovering them in Canada as adults (as we’d assumed). In Wlodawa, the restaurant where we ate lunch could have been our Baba’s dining room, decor-wise: The walls were peach, curtains were lace and doilies covered the tables. In Lublin, flea market stalls sold porcelain figurines like the ones in her glass-door cabinets. Were we in Poland — or at home?

Several times, I wondered what to make of these contradictions. I think that depends partly on what we want. The Jewish community, coming from collective trauma, can insist that Poland was a perpetrator; the Polish government, wanting to avoid collective reflection or partial responsibility, can insist it was a victim or martyr.

The truth is, some Christian Poles collaborated and killed Jews; some joined the partisans or hid Jews; most did nothing. The country was occupied and partitioned, and no one (Jewish or Christian) knew what was going to happen. There was a death penalty for resisting or for hiding Jews. Societies are messy and heterogeneous, and we can’t make universal statements about them.

So the way I see it, the question is this: Do Jews and Poles want to perpetuate narratives that deny the differences within Polish society during World War II? Or do we want to heal?

If we want healing, I believe both communities need to accept that Poland was both perpetrator and victim, complicit and righteous — much as we may not want to, and much as that may feel difficult or even impossible. If we can accept this paradox, maybe then we can move from our respective heartaches to some kind of healing.

Tamara Micner is a freelance writer whose work has appeared in The Wall Street Journal, London Review of Books and other publications. Follow her on Twitter, @TamaraMicner