The Conclusions We Jump to After the New York Explosion 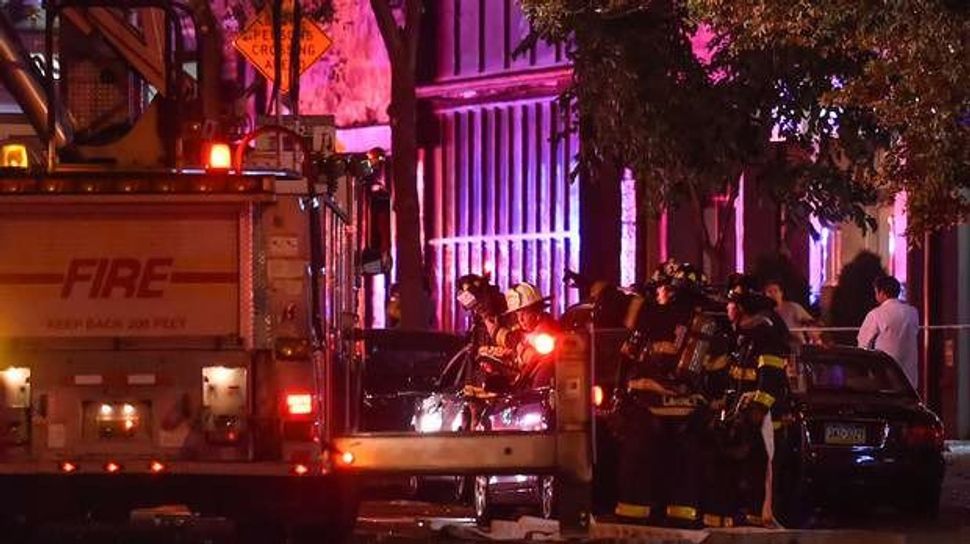 Maybe it was nothing. Maybe we’re over-anxious now, like the travelers who fled JFK when it was all a false alarm. Probably not, but maybe.

Maybe it was pranksters, or low-level wannabes. The devices were crude, the locations almost random. Whoever did this, maybe they read about terrorism and wanted to take part themselves. Luckily they were stupid.

Maybe it was terrorism. Maybe we have to debate how to name it: Muslims, Islamists, extremists. The Dalai Lama said last week that anyone who commits terrorist acts cannot be considered religious, whether Muslim or Christian or Buddhist. Donald Trump said within an hour of the attacks that we have to “get tough.” What if it turns out to have been one of his supporters?

Maybe it was anti-gay. One the one hand, those blocks in Chelsea aren’t particularly gay — plenty of bars nearby would’ve made better targets. On the other hand, Chelsea is “gay” in general, especially to someone ignorant.

Thank God nobody was killed. Thank God no one was seriously injured. Thank God the bombs were so primitive. Thank God the attackers didn’t have AR-35s or other assault weapons; just imagine, this is what terrorism could look like, if we actually had reasonable gun regulation.

Thank God the NYPD was ready for this. Thank God no one on the bomb squads was injured. Thank God for that robot. Thank God most cops are trying hard to do their job well. Thank God several bad apples don’t actually spoil the bunch.

Thank God Trump isn’t president. Can you imagine what would happen? All mosques would be on lockdown. My Muslim friends would be harassed on the street. Do you have Muslim friends? Have they told you what the last few months have been like for them? Do you think that the anti-Semitic tweets I get every day from Trump supporters compare with what they’ve been enduring?

Thank God the news cycle is fast these days, so the bump Trump gets out of this event will be short. If Alex Jones were on the far-left instead of the far-right, he’d say these are false-flag attacks, designed to boost Trump in the polls. Which they will do. People don’t like being scared, so they get angry instead. Thank God many Americans are able to rise above that reptile-brain response. Thank God we have prefrontal cortices. Thank God we have traditions that encourage us to use them.

And yet, so many people have jumped to conclusions already.

And yet, a Trump presidency would make these attacks more frequent, not less. Because there’s nothing you can do to stop pressure cookers and cellphones. We could very well spiral into a kind of martial law, as we desperately try to stop terrorism, and in so doing create more terrorists.

When are the moments when your, my, our thinking edges toward the extreme, makes room for violence, encourages the unstable?

When do we make the background of the terrorist the enemy, rather than the terrorism? While, in this liminal time before we know what really happened, so many narratives, so many backgrounds, so many motives seem entirely plausible?

The Conclusions We Jump to After the New York Explosion