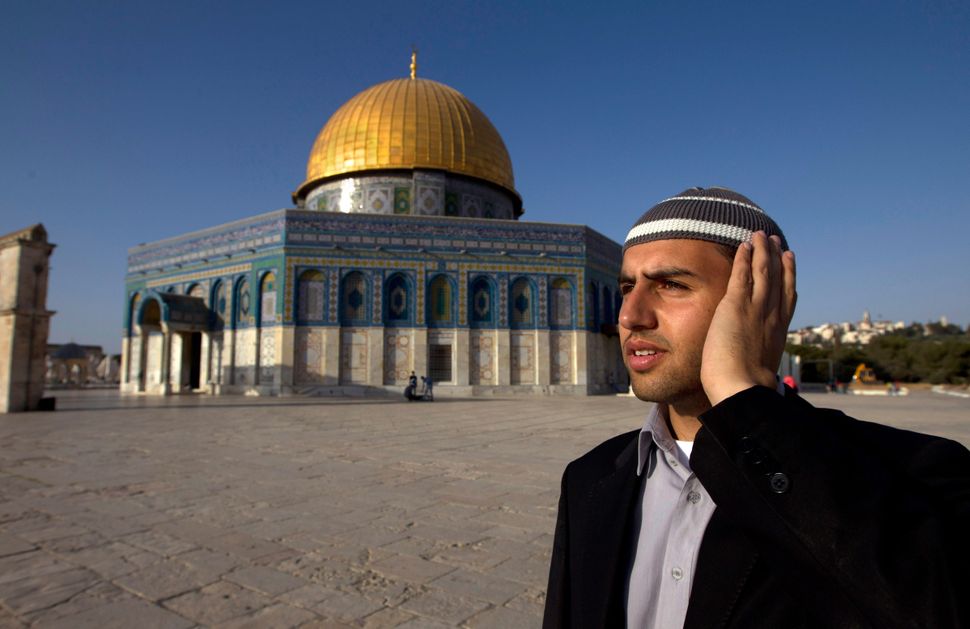 Israel’s Knesset has passed the preliminary reading of a bill that would bar mosques from using loudspeaker systems to amplify the muezzin, or Muslim call to prayer. The bill doesn’t actually say “mosques” — it says “religious institutions” — but that’s clearly a codeword for mosques, since they’re the ones that use powerful outdoor loudspeakers, and Israeli Prime Minister Benjamin Netanyahu himself has made special note of them. Of course, Muslims are none too happy about this, but they are now getting support from a perhaps unlikely quarter: ultra-Orthodox Jews.

The ultra-Orthodox Jews have joined the Muslim Arabs in forming a coalition against the bill, because they’re concerned that the same bill might also be used to silence the sirens that blare the announcement of the onset of Shabbat.

Turns out, what hurts religious freedom for one community often hurts another. And the sound of a threat can sometimes create unexpected cooperation.

After the bill passed a committee, but before it was submitted to the Knesset, Health Minister Yaakov Litzman, from the ultra-Orthodox United Torah Judaism party, filed an appeal against it. As health minister, Litzman should indeed worry about our ears, but that’s not why he opposed the bill. He did it because he suddenly realized that it could be used to silence the Shabbat sirens.

Ayman Odeh, the chairman of the Joint List party, is pleased, citing the advantages of cooperation. Odeh is not a fanatical Muslim, and I doubt he cares much about Shabbat sirens. Litzman is an ultra-Orthodox Jew and probably cares even less about muezzins. But if it works, it works, they say, hoping that the two peoples can enjoy one another’s support — at least five times a day and on Friday afternoons.

In the Middle East, religion can be very noisy, and the truth is that sometimes all the religious sounds annoy me; I hear them as a demand that I live in someone else’s time, and they encroach on my personal space.

But this current legislation wasn’t intended to decrease the volume; it was intended to silence. It’s not about sound, but about politics. The bill was proposed by right-wing Knesset members, one of whom threatened to storm the Supreme Court with a bulldozer. It is little more than an attempt to assert unilateral Jewish sovereignty and to make sure that the Arabs feel like strangers here.

Sometimes, I am able to welcome and appreciate this country’s religious sounds (well, except the pre-dawn ones) because they remind me just how wonderful this multicultural land really is. If the wind is right, a bit before dawn, I can hear the muezzin in the Palestinian village down the hill from my Jerusalem house as he calls the Muslims to prayer. On Sundays, the church bells from Mt. Zion echo across the valley. On Friday afternoons, sirens sound through the city, announcing that Shabbat is beginning. During the 40 days of the Ramadan holiday, we hear the cannon blast that tells the Muslims that the day of fasting is over. During the Hebrew month of Elul, in the dead of the night, Sephardic Jews go through the neighborhood calling Jews to say slichot, the penitential prayers.

In the old times, the muezzin called from the minarets of the mosque and didn’t use the loudspeakers. In the towns and villages in the Diaspora, Jews used the shofar or trumpets to announce that the Sabbath Queen had arrived, and didn’t need to tap into the civil alert siren system. Once upon a time, in some Muslim countries, according to my friend and teacher Dr. Meir Buzaglo, Jews used the call of the muezzin to evening prayers to know when the Sabbath was beginning.

But not now, and not here.

Honestly, I find the whole idea of trying to make anything quiet in this country somewhat hopeless. Anyone who’s ever walked down an Israeli street — whether in an Arab neighborhood or a Jewish one — knows just how noisy we all are. But the noise that really bothers me is the noise of intolerance, whichever people it’s emanating from. That is noise pollution and it really does affect my wellbeing.

But bells, muezzins, Shabbat sirens — it’s up to us to decide whether we hear them as the noise of conflict or the music of learning to live together.