Why Do Israel’s Arabs Keep Playing by the Rules? 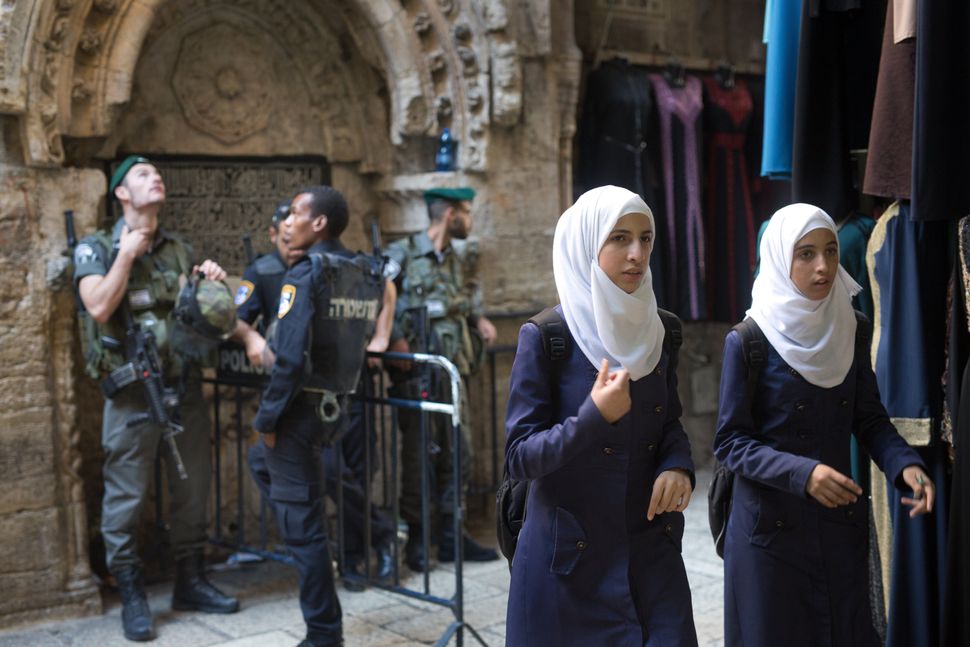 Israel has a Palestinian minority (17.5% of Israel’s citizens) hidden behind the enormous Palestinian question. Can a Palestinian Arab citizen be equal in Israel and identify with the state of and for Jews? Can an Arab be loyal while committed to the Palestinian people who are Israel’s active enemy? Can Jews and the state trust and treat Arabs equally?

When these questions are discussed in Israel, a bleak picture emerges. But the situation looked more sanguine and balanced in the conference on “Relations Between Arabs and Jews in Israel: Recent Developments and Future Trends,” held on November 13 at New York University. It was organized by the Taub Center for Israel Studies (with the support of the center and department for Near East studies) and the University of Haifa. The goal was to bring to the U.S. academics and officials (mostly Arabs) to tell Americans (mostly Jews) about the fate of the Arab minority in the Jewish state.

We heard about the agony of three generations of Negev Bedouin women, the unresolvable land question of the Bedouin of the Negev and the control and failure of Arab education. But we were much more exposed to the great investment of the government in the development of the Arab sector in order to bring it to a par with the Jewish sector. We were also briefed about the regional cooperation between Arab and Jewish localities and educational projects to draw Arabs and Jews closer.

This was a conference of hope. The problematics of the relations of Israel’s Arabs with the Palestinians across the Green Line and the Diaspora was not analyzed. Dr. Sufian Abu Zaida, a Palestinian leader most acceptable to Jews in Israel despite his past involvement in terrorism, was supposed to speak about this issue, but he was denied a visa. In fact, he was supposed to spend the entire fall 2016 semester at the Taub Center, but was denied entry to the U.S.

The picture that many in the academic world, media and government paint of the present and future of the Arab citizens is very gloomy, best captured by their depiction as a ticking bomb. We are told time and again that the Arabs are increasingly disaffected with Israel, rejecting their minority status, developing a Palestinian identity, embracing fundamentalist Islam, boycotting Knesset elections, and sympathizing with Palestinian terrorism. Arab academics and public figures published in 2006-07 four Future Vision documents in which they portrayed the Jewish state as a colonial and undemocratic state and called on it to become binational and democratic.

This widespread view ignores basic facts. Arab citizens have not turned into a fifth column during Israel’s wars with the Arab world, did not join the Intifadas, were not engaged in terrorism, and did not revolt (the October 2000 unrest was triggered by police repression and killing of Arab protesters). They regularly vote in Knesset elections (63.5% in 2015) and want their political parties to join coalition governments (51.5% said so in a national public opinion). They support a two-state solution (71.3% in 2015) and vehemently oppose plans to cede some of their villages and towns to a future Palestinian state. There is a steady rise in the number of Arab volunteers to civil service (from 240 in 2005 to 4,500 in 2015) despite the objections of Arab leaders.

How can we account for the quiet in Arab-Jewish relations? Here are five reasons for the continued stability and non-violence:

The Arabs have been undergoing “Israelization,” becoming bilingual and bicultural, adopting Jews as a frame of reference and tying their fate and future to Israel’s. Israelization goes along with Palestinization, turning Arab citizens into Palestinians who have strong ties with Israel. Lacking Israelization, the Palestinians in the West Bank and Gaza conduct a struggle for sovereignty and disconnection from Israel while Arabs in Israel seek equality and dignity as an integral part of Israel.

Arab citizens are reconciled with Israel as a country with a Jewish majority (60.3% in 2015), as a state run by the Hebrew language (63.4%), a state whose dominant culture is Hebrew-Israeli (56.2%), and a state whose day of rest is Saturday (60.7%). Deeply disillusioned with the Arab Spring turmoil, a majority (58.9%) said in 2015 that “in the area of culture, Israel should integrate more into Europe-America than into the Middle East.”

Since its inception Israel recognizes Arabs as a non-assimilating minority and provides them with all the mechanisms to retain their identity and culture. Israel’s law and policy grant Arabs separate state-funded education, acknowledge their religions, set up separate religious courts, and allow freedom of Arabic media and the right to form cultural institutions. Israel’s steady democratization (until 2009) empowered Arabs. It is the policy of all Israeli governments to treat differently Arab citizens and Palestinian non-citizens.

In Israel, the Jews have learned over the years to distinguish Arab citizens from non-citizen Palestinians and to accept them. A majority (79.7%) of Jews in 2015 agreed that “Arab citizens have the right to live in Israel as a minority with full citizenship rights” and 69.5% declared that they “accept Arab citizens as full members of Israeli society.” They concur with the state’s granting Arabs ethnic and cultural collective rights, although at the same time 66.5% believe that “an Arab who defines himself as a ‘Palestinian Arab in Israel’ cannot be loyal to the state and its laws” and 65.3% think that “in the case of a contradiction between the democratic and Jewish character of the state, they would prefer the Jewish character.”

4) Abstention from the Resistance

Finally, the international community supports Israeli Arab NGOs but does not intervene in Israeli internal affairs. It does not pressure Israel to change its national character or to radically change its policy toward the Arab minority.

So what’s in store for the future? Explosion is possible but unlikely. The Arabs, the Jews and the state know the red lines in their relations with the other side and are cautious not to cross them because of the high price to be paid.

Whether the situation remains calm or not, Israel needs to balance its Jewishness with democracy. Democracy should be strengthened and protected. Israel will become more democratic and fair to its minority by recognizing the Arabs as a Palestinian-Arab national minority, with legitimate Palestinian identity and ties with the Palestinian people, according them cultural autonomy, compensating them for land confiscations, sharing power with them, giving them a proper share of the state budget, and consulting with their leaders about matters vital to them as a minority.

These reforms will improve Arab status without compromising Israel’s identity as a Jewish, Zionist and democratic state. Still, their feasibility is pre-conditioned on the establishment of a Palestinian state alongside the Jewish state — one with which the Arabs in Israel can identify.

Sammy Smooha is a professor emeritus of sociology at the University of Haifa. He studies and conducts opinion surveys of Arab-Jewish relations in Israel.

Why Do Israel’s Arabs Keep Playing by the Rules?