Americans Love the Jews. They Really Do. For Now. 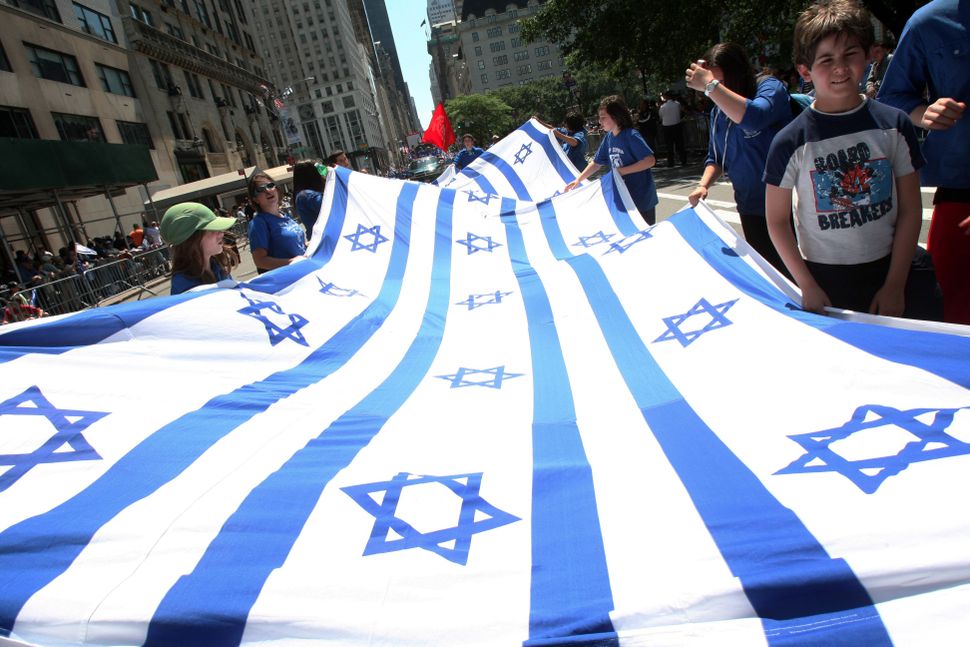 With all the hateful stuff being said about Jews by the “alt-right”, with a White House that somehow neglected to mention Jews on Holocaust Remembrance Day, with hate crimes spiking and even placid Jewish Community Centers on the receiving end of bomb threats, the results from a survey released today by the Pew Research Center may come as a surprise.

It’s true: Americans feel more warmly about Jews than any other religious group. And that sentiment has swelled since the last survey in 2014.

To test the temperature of public opinion toward individual religious groups, or those with no religion at all, Pew has created what it is calling a “feeling thermometer,” with a scale from zero to hundred, the highest being the warmest attitudes one can have. Perhaps counterintuitively, given the vitriol that passes for political debate these days, Americans generally express more positive feelings toward nearly every religious group than they did a few years ago, even those — like Muslims and atheists — at the bottom of the ersatz thermometer. This is true for men and women, Democrats and Republicans, young and old.

We Jews top the charts — at a mean rating of 67, four points higher than in 2014. Catholics earned a close second place, at 66, just edging out Mainline Protestants at 65. But those numbers include Catholics and Protestants, who obviously feel kindly toward themselves and skew the numbers somewhat. The thermometer rating for Catholics without Catholics in the sample drops to 62, for example.

Jews comprise such a small percentage of the American population — less than 2% — that excluding us only lowers our favorability rating by a point. Meantime, it should be noted that Jews soared to 91 when asked to rate their feelings toward other Jews, which pretty much tracked the 94% of American Jews who told Pew in 2013 that they were proud or somewhat proud to be Jewish. So much for self-loathing. That is so 20th century.

Amid all these warm feelings, there are some cautionary findings in this latest survey, for Jews and others. Evangelical Christians might be concerned that they were the only religious group whose rating did not budge in the last few years, remaining stubbornly at 61 overall and dropping to 54 without other evangelicals in the sample.

Muslims and atheists might be buoyed by the fact that they engender warmer feelings overall than they did in 2014, but they still are the least loved groups in America today. The trend lines, however, are in their favor, as younger Americans were more likely to actually know someone who is Muslim or an atheist, and — no surprise here — are therefore more likely to view them warmly.

But while familiarity also works in Jews’s favor, age does not. The 18 to 29-year-olds in this survey rated Jews 12 points lower than those 65 years and older. In fact, the youngest cohort is the only one not to give Jews the highest ranking, placing us below Buddhists, Catholics and Hindus.

We are not engaged in a popularity contest, of course, but even a single survey like this ought to give us pause. Is there a reason younger Americans do not view Jews as warmly as their parents and grandparents? Is it because we are seen as part of the establishment, unlike say Buddhists and Hindus? Do attitudes about Israel play a role here?

And, I wonder, does our prodigious self-love blind us to a coming challenge?

Americans Love the Jews. They Really Do. For Now.