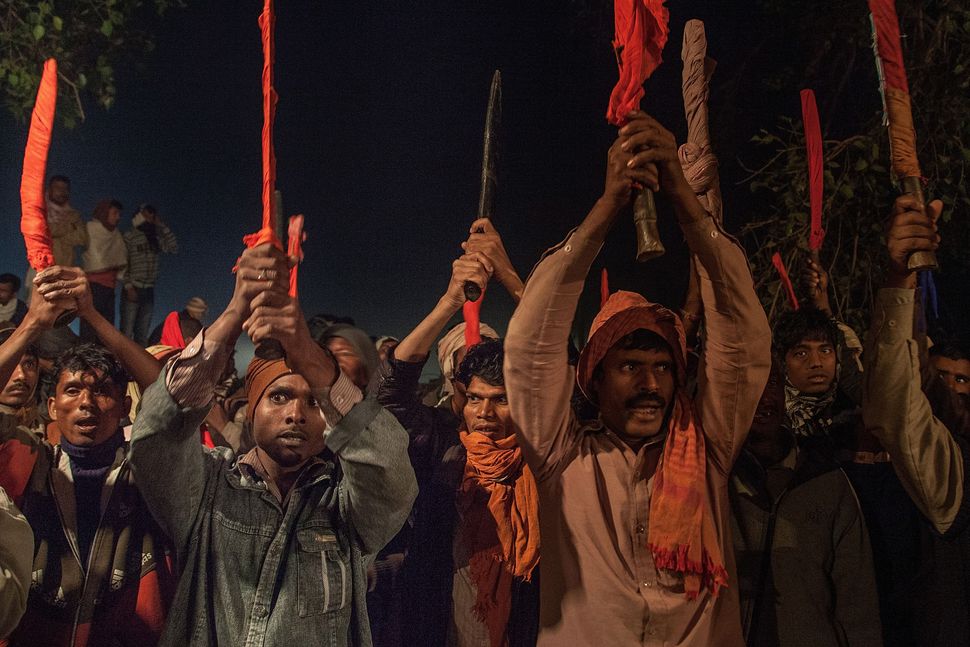 A few months before I began rabbinical school in Jerusalem, my father proposed that we take a trip to Nepal. I was 22 and in the middle of writing the Great American Novel, but I didn’t mind the interruption. I welcomed the prospect of trekking together through the rugged and remote mountain kingdom, a father and son bonding in the shadow of Everest.

Going to Nepal was his idea. But it was my idea to watch the animal sacrifices at a shrine in the Kathmandu Valley. I’d read about Dakshinkali in our guidebook, about the weekly pilgrimage of men and women from the surrounding towns and villages and about the offerings they made there. I was intrigued by it all.

As a Westerner, a Jew and now as a future rabbi, I wanted to witness firsthand this bizarre and (so I thought) alien event.

I went to the shrine with a seminarian’s zeal, fully expecting to find a den of heathenism. What I found instead was spiritually of sacrifice that we in the West have rightly rejected, but a spirituality that was once a vital part of my own religious tradition.

The concept of sacrifice is central to the High Holy Days, when Jews from around the world read the story of Abraham’s binding and attempted slaying of his son Isaac. Sacrifice is important, not simply because it is one of the historical foundations of the Jewish and Christian traditions, but because it is a spiritual value that still has much to teach us.

Dakshinkali buzzed with activity. Hundreds of people stood in line, their various animals in tow, waiting for their turn. Everybody followed the same procedure offering prayers at the shrine, handing over the animal and a few coins to the slaughterer, taking the carcass away for their feasts. The blood drizzled from the courtyard down to the stream below. The barefoot man killed with such precision that when he cut the heads off chickens it looked like he was just snapping his fingers.

One family gave him a goat. Taking out a much larger knife, the man swiftly slit its throat, and the goat let out a stunted scream as it was decapitated. My father grimaced and grabbed me, holding on to me as if his embrace would shield me from the knife. In that embrace, I felt my father’s greatest fear. But I also sensed his deepest love.

The role of sacrifice in the relationship between a father and his son also in one of the Bible’s most famous and powerful passages. In Chapter 22 from the book of Genesis, the patriarch Abraham receives a command from God to offer up his son Isaac on Mount Moriah. The two of them ascend the mountain in silence, and it isn’t until Abraham has bound his son, placed him on an altar and lifted a knife above his throat that a second divine call prevents the slaughter. It was merely a test of faith. A ram is sacrificed instead. 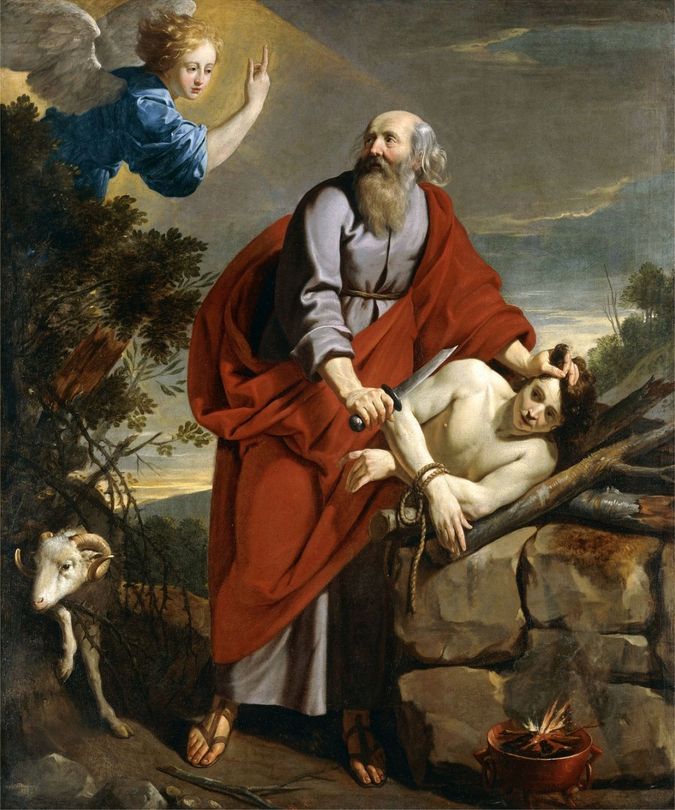 Painting of Abraham preparing to sacrifice Isaac. Image by wikipedia

The story of the binding of Isaac is a disturbing one, and it has been commented on for centuries by rabbis and priests, philosophers and poets. Every year I am faced with the homiletical dilemma of trying to explain the seemingly inexplicable, the willingness of Abraham to slay his own son. Yet my experience in Nepal has given me an insight on the issue that no book could possibly offer.

Though my father’s outer behavior differed dramatically from that of Abraham, the inner impulse of the two men was the same: trying to do the right thing, as they understood it, regardless of cost. Through Abraham’s hindered attempt to sacrifice Isaac, and my father’s instinctive attempt to protect me, both men were poised to give up that which was most precious to them. For Abraham, it was his child. For my father, an emotionally inward man, it was his guard. Since Nepal, I’ve never again been able to read the passage from Genesis, or view my father, in quite the same way.

In today’s social climate, the notion of sacrifice is about as absent from our sensibilities as Nepal is distant from or soil. Yet the idea of giving up, for a higher purpose, that which we treasure most isn’t a primitive idea. It is a good one. By relinquishing not just part of our income, but also some of our time and love for the sake of our families and fellow citizens, we will make America a more caring, less lonely place. And in the process we might even find some meaning for our lives.

Rabbi Niles Goldstein is the author of “Forests of the Night: The Fear of God in Early Hasidic Thought.” (Jason Aronson)

This article was first published in the Forward in July 1998.