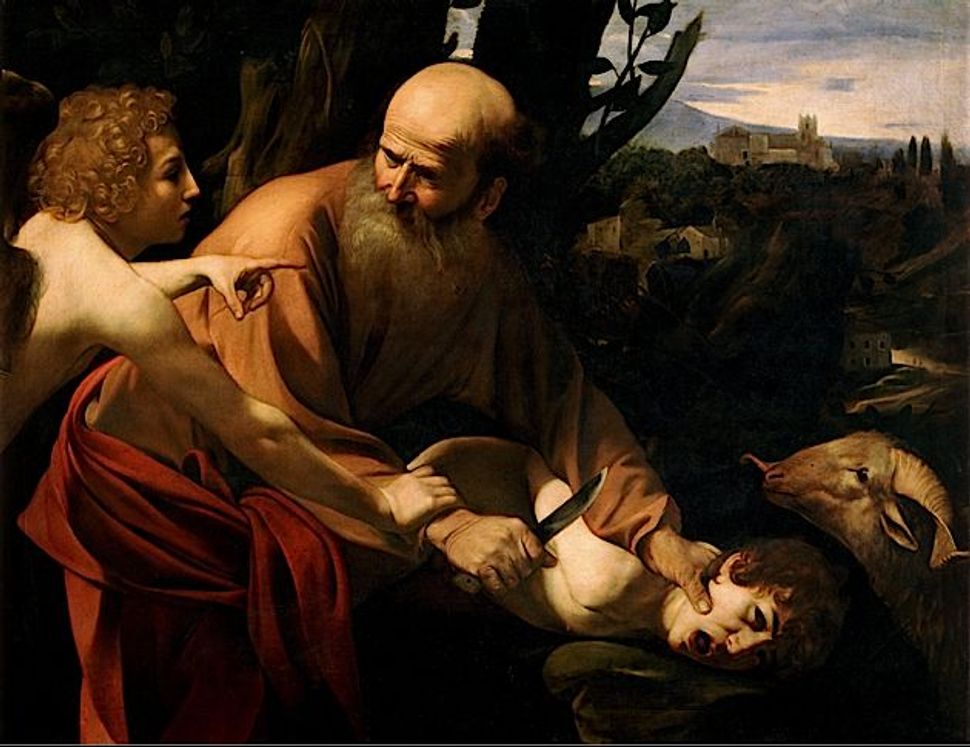 Writing of Kafka’s tales, Walter Benjamin pointed out that Kafka’s tangled meanings “do not modestly lie at the feet of the doctrine, as the Haggadah lies at the feet of Halakah… they raise a mighty paw against it.” Benjamin, ultimately, juxtaposed the Jewish law (halachah) with mythic storytelling (aggadah), envisioning the rise of the latter from the downfall of the former. One can only imagine how pleased Benjamin would be reading Alexander Nemser’s poetry collection “The Sacrifice of Abraham,” released earlier this month from Bookieman.

It is hard to name a genre that would encompass Nemser’s work: these are prose poems with an aphoristic scent, reminiscent of Borges, Kafka, Calvino and Jabes, among others. Each prose poem imagines an aggadah-like talmudic conversation between rabbis, who are struggling to interpret the Akeida, that is, the story of the binding of Isaac. Though framed in traditional Jewish rhetoric, Nemser’s tales are surreal, disturbing, funny, smart and anything but pious. The prominence of the transgressive element of Nemser’s writing is in perfect accord with his spiritual vision and concern for Judaism’s formative and perhaps most inexplicable myth.

“The rabbis floated down the river in an ark containing two copies of each dream their masters had dreamt on the story of Abraham and Isaac,” opens one of the tales. Another starts with: “A group of rabbis gathered at the wedding feast as fiddles and trumpets played faster and faster, until they spiraled into delirium, and guests spilled dark wine across the lace tablecloths. The cantor began chanting the story of Abraham and Isaac.” Both openers set a stage for the speakers to create their interpretations in altered, visionary states, through dream and delirium.

If the first opener is frankly surreal, the second one uses a traditional setting — a wedding party — yet the normalcy quickly spins out of control. The wedding party, where the foundation of a new family is established, is perhaps the most inauspicious place to bring up the story of Abraham and Isaac; one can be certain no cantor would recite that story in the proximity of the chuppah. The juxtaposition is only logical for Nemser, however, who descends to the very psychodynamic roots of the myth, and its bearing upon us.

In another tale, one of Nemser’s rabbis posits that as the father and son were walking up Mount Moriah, they heard a sound, though neither “could identify the sound or its source, it were high or low, soft and shrill, coming from beneath the ground, or up in the sky.” It was then that Isaac, according to Nemser’s speaker, discussed “his interpretation of the sound, founded on an alternative view of God’s judgment as the proliferation of chaos, an animal howl, a disturbance beneath the street, and grinding of the spheres, rattling past on unequal tracks.”

One imagines some sort of a dark dream-blasting shofar, blowing its silent message across the centuries. What a perfect metaphor, too, for Nemser’s very idea of interpretation, of carrying on the mad midrashic legacy, of spinning an ancient myth into a blissful and challenging aggadic dizziness.