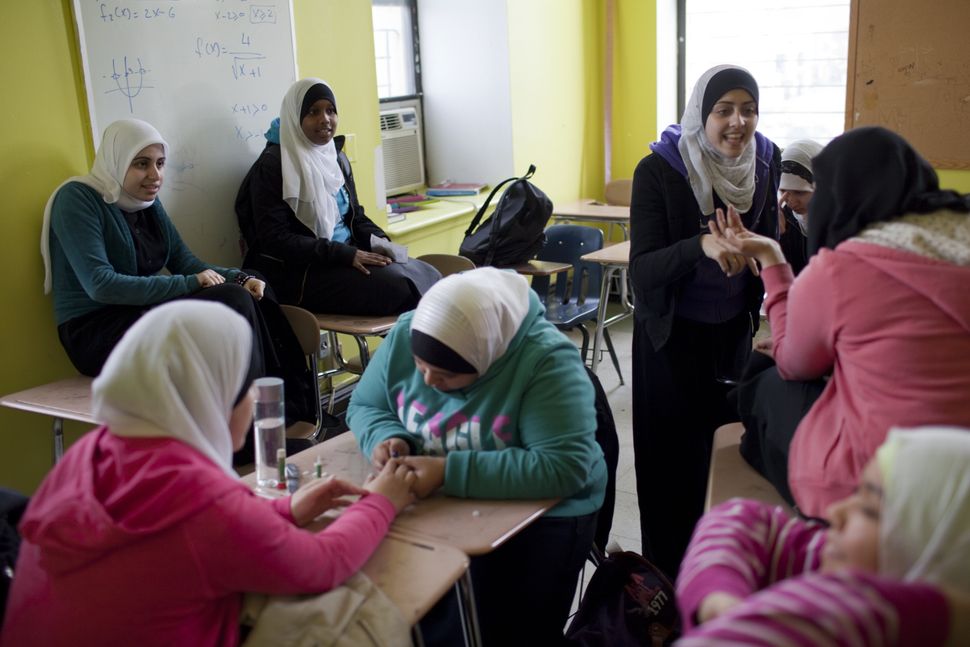 President Trump has changed that. Not only does he ensure Israel’s capacity to deny Palestinians basic rights, he doesn’t even claim that Palestinians deserve those rights. He’s the first president since Bill Clinton not to endorse the two-state solution, which is to say, the first president since Clinton not to say that Palestinians in the West Bank should be citizens and not colonial subjects. His State Department spokeswoman won’t even say the West Bank is occupied. He boasts about having taken Jerusalem “off the table,” and then threatens to punish Palestinians for refusing to participate in negotiations that could only enshrine their subjugation. More than any president before him, he is an active partner in the strategy long advocated by the Israeli right: Entrench Israeli domination on the ground, and make Palestinian life so miserable that they accept whatever Israel deigns to give them.

For hawkish American Jews, this is a kind of fantasy. Israel gets to keep the West Bank without all that annoying American hectoring. Israel remains, permanently, a Jewish state: democratic for Jews, undemocratic for millions of Palestinians who finally experience the international indifference they richly deserve.

America today contains roughly twice as many Jews as Muslims. But when it comes to political influence, the discrepancy is far greater than that. As of last January, 30 Jews and only two Muslims served in Congress. Of The New York Times’ 14 regular columnists, eight are Jewish; none are Muslim, Arab or Palestinian. On its website, The Washington Post lists 25 regular columnists. By my rough count, 14 are Jewish. One, Fareed Zakaria, is Muslim. Four of the last six American ambassadors to Israel have been Jews. None have been Arabs, Palestinians or Muslims.

In the decades to come, this will probably change. By 2050, according to the Pew Templeton Global Religious Futures Project, America will contain one-third more Muslims than Jews. More important, Muslims will have established firmer roots in the United States. According to Pew, 58% of American Muslims (compared with only 14% of American Jews) were born overseas. In terms of their integration into the United States, Muslims are thus roughly where Jews were in the early decades of the 20th century. In the future, Muslim political influence will thus likely rise for the same reason Jewish political influence rose in the mid- to late-20th century: because the children and grandchildren of those immigrants will feel more comfortable participating in America’s democratic institutions than their did their forefathers. 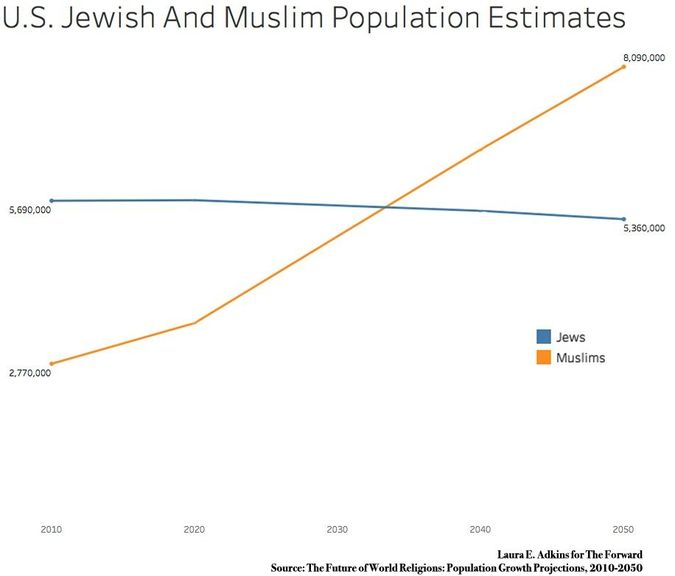 Obviously, there are caveats. Donald Trump’s immigration policies could keep down the American Muslim population. Islamophobia could prevent Muslims from participating actively in American politics. But American history suggests that, over time, even once-demonized immigrant groups generally gain greater political influence as their offspring integrate into American society.

Not all American Muslims identify with the Palestinians, of course, just as not all American Jews support the government of Israel. Most American Muslims are not even Arabs, let alone Palestinians. But while both religious communities are politically diverse, they contain different centers of gravity. Among American Jews there remains a Zionist consensus, rooted in the memory of the Holocaust and the belief that Jews are safer with a state of their own. There are plenty of high-profile Jewish critics of Israeli policy, but not, as far as I’m aware, a single Jewish columnist for The New York Times or The Washington Post, or a Jewish member of Congress, who questions Zionism itself.

Among American Muslims, who are more likely to see Israel through the prism of the Palestinian experience, Zionism is a more open question. It’s virtually impossible to find polls of American Muslims’ opinion about Israel. (Which is itself a sign of their lack of political influence.) But Palestinian-American intellectuals and activists are overwhelmingly anti-Zionist and increasingly supportive of one, secular, democratic state that encompasses Israel proper, the West Bank and Gaza. The Intercept’s Mehdi Hasan, one of America’s most influential Muslim columnists, has endorsed that view, too. Many American Muslims might support a two-state solution if one actually would actually come to be. But they’re less likely than American Jews to show support for a state for Jews if it precludes one for Palestinians.

And they’re not alone. It’s not just American Jews who will likely lose political influence in the decades to come. White evangelicals — the other mainstay of Israel’s American political support — are declining numerically, too. Demographically, they’re losing ground to both secular Americans and Americans of color, both of whom are less staunchly pro-Israel.

This is the future American Jews should consider as they applaud Trump and Netanyahu’s burial of the two-state solution. In 20 years, there will be more Muslims, agnostics, Latinos, Asians and African Americans, and fewer Jews and white evangelical Christians, in Congress and the elite media. Debates over an independent Palestinian state in the West Bank and Gaza will be a distant memory. Large swaths of the Palestinian national movement will be demanding democracy and equal rights between the river and the sea. And Israeli leaders who sound like Naftali Bennett will be quoting the Bible, and playing on racist stereotypes of Muslims, to justify their control over millions of stateless, oppressed human beings.

In this brave new world, how will Israel fare? And how will Jewish history judge the American Jewish leaders who contributed to the two-state solution’s demise? Like many things in life, political power — when plentiful — becomes nearly invisible. You really notice it only when it starts to slip away.

Peter Beinart is a senior columnist at the Forward and an associate professor of journalism and political science at the City University of New York. He is also a contributor to The Atlantic and a CNN political commentator.