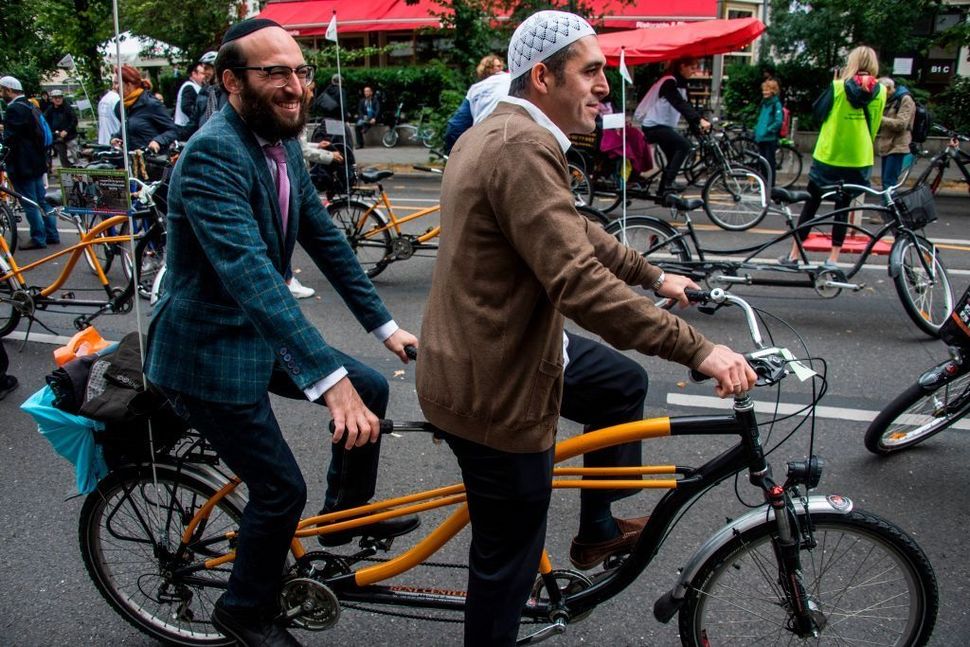 An intriguing alliance, ad hoc but no less notable for the fact, took place in Israel’s Knesset recently. Two Haredi parties, United Torah Judaism and Shas, came to the defense of the Joint List of Arab parties to block a bill that would ban religious institutions from using loudspeakers. The legislation was clearly aimed at mosques, from which muezzins, or Islamic beadles, publicly call the faithful to prayer, beginning in early morning. Synagogues have no similar custom.

MK Moti Yogev of the religious Zionist Bayit Yehudi party blasted the alliance, claiming there was a quid pro quo, that the Arab party, to garner the Haredi ones’ support, agreed to back a particular version of a bill about Haredi military conscription that is less onerous than other ones.

Whether or not such political calculations in fact played a role is something we can’t know. In every democracy, deals are certainly made in smoke-filled rooms (and hookahs produce haze no less dense than cigarettes’). But the Orthodox parties’ declared reason for opposing the “muezzin” bill is entirely plausible; it was even predictable.

UTJ’s Moshe Gafni said that, after meeting with Joint List MK Ahmad Tibi to discuss the bill, he concluded that, if enacted, it would “just [create] anger” and anti-Israel incitement. He also said that the legislation would accomplish nothing, as there is already a law limiting undue noise at night and in the early morning.

Unlike some in the “religious Zionist” camp, Israeli Haredim, while no less focused on security issues, are deeply sensitive to not stirring up ill will on the part of the Arab population. Back when it seemed that a two-state solution was a realistic proposition and that Israeli and Palestinian leaderships might negotiate in good faith, the Haredi leadership, unlike many in the religious Zionist camp, considered the relinquishment of territory to be entirely justified if it could lead to peace.

Back in 1978, the late Rabbi Elazar Menachem Man Shach, the undisputed leader of the “Lithuanian” Haredi world, wrote then-Prime Minister Menachem Begin to say that there was no reason not to give up parts of the Land of Israel for the sake of peace.

Here, on the other side of the ocean, there has also been — and still is — cooperation between Orthodox Jews and Muslims.

In 2014, seven national Orthodox Jewish groups filed a Supreme Court brief in favor of a Muslim woman’s right to wear a head scarf at her workplace, the clothing retailer Abercrombie and Fitch. The case ended up before the Supreme Court, which found in the woman’s favor.

Agudath Israel of America, for which I work, has filed amicus briefs in a number of cases involving Muslim or Christian plaintiffs. In one, in 2006, a Muslim woman sued the Alamo car rental company for not permitting her to wear a hijab, the traditional head scarf, on the job.

The next year, Agudath Israel hired attorneys to represent a Pentecostal female bus driver fired by New York’s MTA for refusing to wear pants in her complaint before the Equal Employment Opportunity Commission.

Agudath Israel’s executive vice president and the director of the Islamic Schools League of America serve together as commissioners of a school choice group.

Agudath Israel and the Orthodox Union have also joined with Islamic groups in amicus briefs in religious liberty cases, and have opposed “anti-sharia” laws.

In reaction to the first incarnation of President Trump’s travel ban, which was being portrayed as a “Muslim ban,” Agudath Israel issued a statement that noted that the executive order would be justified only if temporary, if “tempered by true concern for innocent refugees” and “if its focus is on places, on countries that are hotbeds of violent radicalism, not on religious populations.”

Many, if not most, Muslims have a very different perspective on the Israeli-Palestinian issue than that of most Orthodox Jews. Just as the Joint List in Israel doesn’t see that issue the same way the Haredi parties do.

But the coming together of Orthodox Jews and Muslims in common causes happens, both in Israel and in the religious scene here in the U.S.

Differences, even about important things, needn’t create an “us” and a “them” polarization of populations or parties.

Considering the current political tenor of American society, that would seem to be a most timely, worthy and urgent lesson.