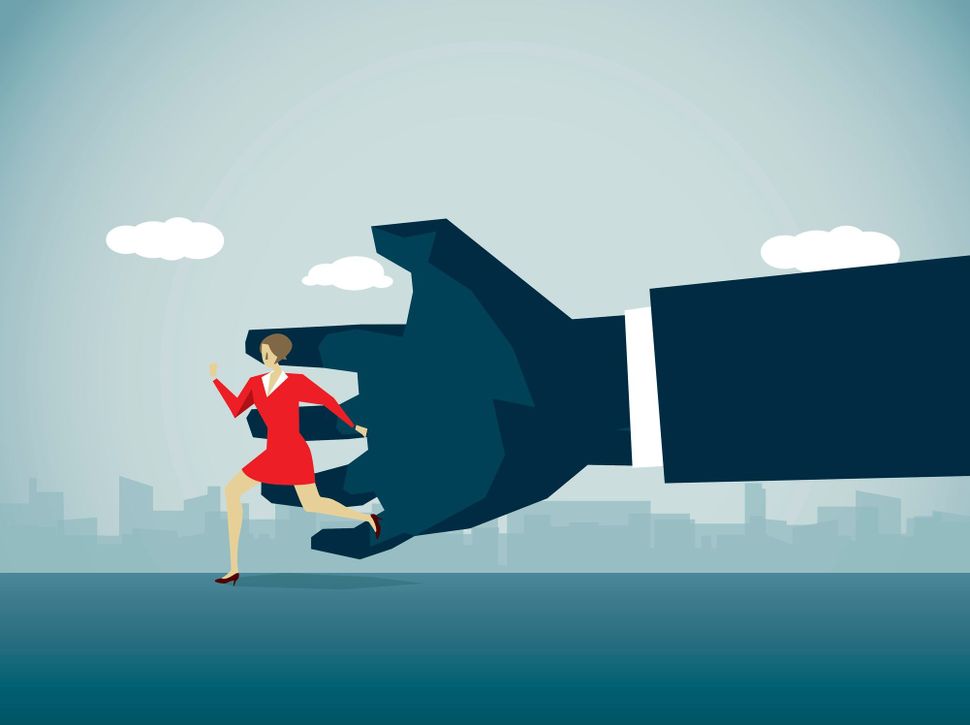 Steven M. Cohen is perhaps the most important Jewish sociologist in America. A prolific writer and popular speaker on the Jewish circuit, Cohen is best known as the architect of the intermarriage “crisis” discourse; he has for decades used sociological surveys to insist that intermarriage is “the greatest single threat to Jewish continuity today.”

But as of this week, he will end up being known not for his sociological work, but for the shocking allegations of sexual assault and harassment levied against him.

In a Jewish Week investigation, women have alleged conduct that goes back decades, ranging from inappropriate conversations with subordinates to unwanted touching to sexual assault.

We must of course demand to know how institutions will address accusations against a prominent and trusted member of the community.

But just as importantly, these allegations compel us to ask how deeply are Cohen’s sexist attitudes and allegedly abusive behaviors embodied in his work? For in addition to grappling with the impact of having an alleged abuser as gatekeeper at the highest levels, these latest accusations force us to reckon with the darker, even more problematic, gendered aspects of Cohen’s continuity-driven agenda.

Put simply, how surprised can we be that a man whose entire worldview hinged on women having more babies turned out to have no respect for women when it came to personal sexual boundaries?

I’ve been a sharp critic of this agenda, in which research is driven by pre-determined conclusions and based on outdated, unexamined assumptions about who American Jews are and what is good for them.

I criticized Cohen for acting less as an impartial investigator and more like what I call an “ethno-political entrepreneur.” I accused Cohen and his colleagues of pushing the so-called intermarriage crisis in order to shift blame to ordinary Jews and their private choices, instead of reflecting on the failures of those in power.

With the advent of the pill in the early 60s, and legal abortion a decade after that, for the first time fertility was placed almost entirely within the control of individual women. Birthrates consequently fell sharply, especially among non-Haredi American Jewish women. Making marriage and fertility a subject of greatest communal interest, and giving it the quasi-scientific cover of academic inquiry, legitimizes the erosion of Jewish women’s control of their own fertility, and thus independence, in the service of the greater cause of “continuity.”

Indeed, Cohen’s “continuity” looked a lot like old fashioned, anti-feminist backlash. As Kate Manne has written on the logic of misogyny, “Patriarchies … depend on loving mothers, good wives, cool girlfriends, loyal secretaries.” And, I would add, good Jewish girls, the kind who marry other Jews and make Jewish babies, at least two, please, to meet replacement rates.

This view of women as baby-makers and wives is totally consistent with the personal abuses Cohen stands accused of. According to one of his accusers in the Jewish Week, “Cohen would justify his invasive questioning [of female subordinates] by citing his profession as a sociologist and demographer.”

According to his accusers, Cohen saw himself as an authority figure and thus entitled to the private lives and bodies of his female colleagues and subordinates, just as he saw himself entitled to dictate policy and control the fertility of American Jewish women.

It becomes very hard to disentangle the sexism of the alleged abuse from the patriarchal agenda Cohen spent decades pushing.

And it’s not just about Cohen. The Jewish institutional world has an inescapable gender problem, with older men occupying the majority of well paid, high prestige leadership positions and the bulk of the work being done by (often under-compensated) women, many of whom are told they shouldn’t complain about the lack of pay and benefits because it’s an honor to work on behalf of the community.

It’s hard not see the rampant exploitation of women’s labor in the Jewish world as connected to the expectations that Jewish women should sacrifice their independence to Cohen’s biologically driven vision of “continuity.”

It is within this already deeply gender-imbalanced context that Cohen allegedly continued a pattern of abuse and inappropriate behavior, for decades, even as many knew and whispered about it. And yet, during all that time, he racked up an eye popping list of teaching positions, academic society honors, paid consultancies and directorships (including yes, the Pew Research Center Survey of American Jewish Life.)

Instead of slowing him down as concerns and whispers about his inappropriate behavior accumulated, Jewish institutions enabled Cohen to reach ever-higher positions. He had power over the careers of innumerable men and women, as well as the authority to enact a communal agenda with control of private romantic choices, and women’s bodies and fertility, at its heart.

Asked for comment by the Jewish Week, Cohen didn’t bother with denials. “I recognize that there is a pattern here,” he wrote. “It’s one that speaks to my inappropriate behavior for which I take full responsibility.”

The allegations against Cohen once again force us to ponder what will happen the day after #MeToo. What will be considered adequate reparation or teshuva? And once the named has been removed from his many positions and sinecures, will he then be eligible for new ones upon showing adequate repentance?

In Cohen’s case, the questions will go much further than the matters of repentance and rehabilitation.

Cohen has shaped an enormous part of the Jewish communal conversation over decades. It is up to us to ask tough questions.

To what extent do traditional patriarchal values shape our vision of modern, liberal American Jewish life? What might continuity look like if not focused on literal, biological reproduction? How has our communal conversation been colored by sexism and misogyny? How did Cohen’s gatekeeping keep certain kinds of women, ideas and points of view, out of the conversation? How can we know what might have been?

These are huge questions that extend to every level of Jewish life. It won’t be easy, but these distressing allegations against a trusted communal leader may prove to be an unprecedented opportunity for reckoning within the American Jewish community.

Maybe we will take this chance to ask who gets to speak, who controls the agenda, and how individuals are, for good and ill, allowed to impose their own values on the community as a whole.

Rokhl Kafrissen is a cultural critic and playwright in New York City.