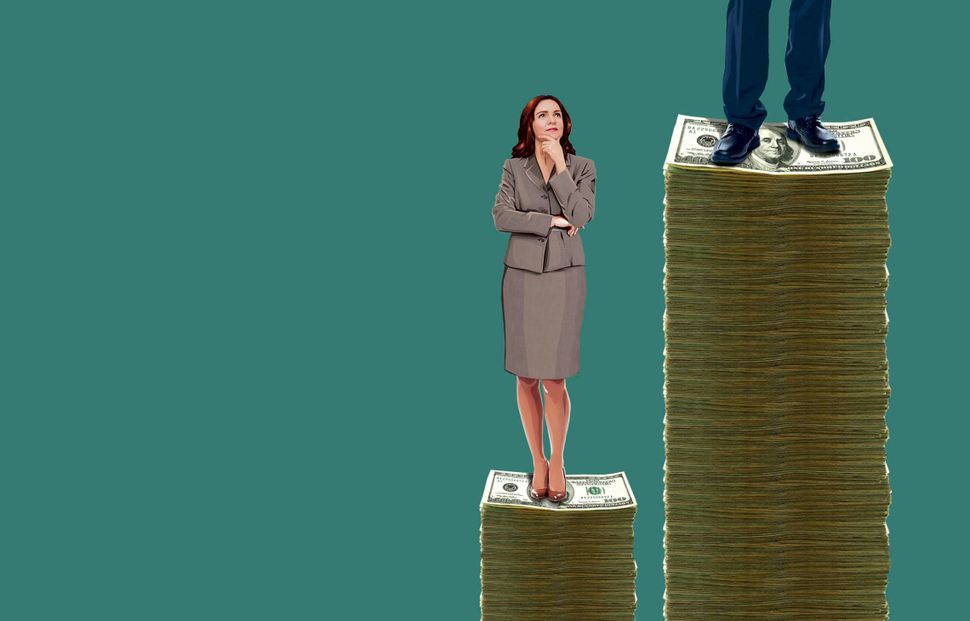 Early this morning, I received an email from a friend who has worked for years with leaders of national nonprofits. “Tell me I read the Forward figures wrong,” she wrote. “I saw no woman in the top 28 earners.”

Unfortunately, there’s nothing wrong with her eyesight. The eighth Forward salary survey was published this morning, and it once again shows the dearth of women leading national Jewish nonprofits, a persistent gender gap in pay, and the resistance of religious groups to be transparent about their finances.

To those of you new to this work, here’s how it began and why we do it.

After I became editor of the Forward in 2008 and started meeting with leaders of Jewish communal organizations, I was struck by how few women there were. Was that just my perception? I created a reporting project to test the hypothesis, and to provide the kind of information and context that our readers deserve when assessing support for American Jewish charities.

We created a list with three components, based on advice from experts in the field. For federations, we used the list of large city agencies designated by the Jewish Federations of North America. For service and advocacy groups, we selected national organizations with at least a million dollars in revenue. (We don’t have the resources to include large regional nonprofits or Canadian charities.) In the religious and educational sphere, we listed the major Jewish universities and organizations representing all denominations. The list has shifted slightly over the years, as some groups have shut down and others rose in prominence.

All the financial information is derived from the public forms every nonprofit is required to file with the federal government; we then spend months trying to verify the data with each organization, and put it all into context.

That’s where the trend lines emerge. Compared to our last survey in 2015 (we skipped last year) the number of women leaders has actually gone down to 11. And, as my friend noted, 28 men earn more than Naomi Adler, CEO of Philadelphia’s federation, the top woman earner on the list — including ten male federation leaders.

Beyond salary, it is important to note that Adler is the only woman at the helm of a large city federation in the U.S. — meaning that, once again, there are more Jewish women on the United States Supreme Court than in the upper echelons of federation leadership.

In the stories accompanying our survey, you can read about our methodology, about the large payouts some executives received this year, and a longer piece exploring the broader gender landscape.

Another persistent source of frustration is the unwillingness of most religious groups to disclose their finances. Only Agudath Israel of America, which represents ultra-Orthodox communities, admirably releases the salary of its executive vice president, David Zweibel. A few years ago, I wrote to all the religious leaders on our list asking them to be more transparent. No one did. Perhaps if donors, volunteers, recipient and employees raise their voices, someone will listen.

Publication of this year’s salary survey has already sparked a vibrant debate on Facebook, and I hope it will continue. This type of accountability journalism takes much time and effort, and is designed to be a service to our readers. Please write to me at [email protected] and let me know if the salary survey is useful to you, and ways it can be improved.

The Jerusalem capital controversy. Our response to President Trump’s announcement last week that the United States would recognize Jerusalem as the capital of Israel showed the Forward at its best, reflecting opinions from across the political spectrum, here and in Israel.

In an unscientific but still interesting Twitter poll, we asked readers to weigh in on whether Trump’s decision was good or bad. The results: 52% thought it a bad idea, 32% a good one, and the remaining 16% wanted to wait and see.

I decided to explore a different aspect of this story to better understand the role that Jerusalem plays in the faith traditions of the white evangelical Christians who make up Trump’s base. My takeaway? Whatever we think of these beliefs, we need to take them seriously, because the guy in the Oval Office does.

What else I’ve been writing. Once upon a time, I taught American government at the University of Pennsylvania. Jared Kushner’s alleged role in trying to stop a U.N. resolution unfavorable to Israel prompted me to go back to first principles.

Looking forward. Hanukkah begins tomorrow night, and before you light the first candle, take a few moments to read this brilliant, insanely fascinating history of light by David Zvi Kalman. We have published lots and lots of terrific Hanukkah content. This story is one of my all-time favorites.

May the holiday fill your home with joy. May your latkes be crispy. May your sufganiyot be sweet. And may we all be inspired to bring a little more light into the world.