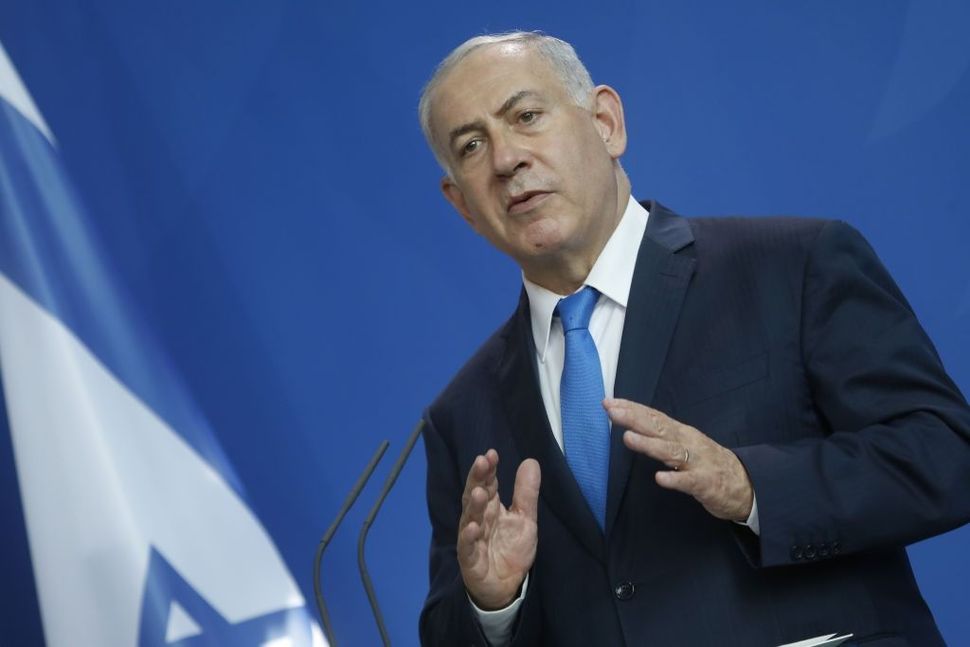 It is time for the Jewish Diaspora to update some of its favorite lines for advocating on behalf of Israel.

For example, “Arabic is one of Israel’s two official languages” is now a factually incorrect statement after Israel’s new Nation-State bill was passed by the Knesset last week. The bill downgraded Arabic from an official language to having “special status.”

More broadly, the bill defines Israel as the national homeland of the Jewish people without mentioning the equality of all its citizens anywhere in the law. So much for the only democracy in the Middle East.

Another catchy Hasbara talking point refers to Israel’s full freedom of religion. This, too, is outdated, after Rabbi Dov Haiyun was taken from his home at 5 a.m. and detained by police for performing weddings outside the auspices of the state-run Chief Rabbinate.

Moreover, proudly referring to Israel as a country with full freedom of expression is nowadays, likely, an inaccurate statement, after Meyer Koplow, chair of Brandeis University’s board of trustees, was questioned on his way out of Ben-Gurion Airport over a Palestinian brochure in his luggage. The nature of the interrogation was not about him posing a security threat, but rather about his political positions.

Last week also saw the erosion of one of Israel’s biggest achievements — equal rights for the LGBTQ community — which were attacked by the government coalition last week when it voted against a clause that would allow surrogate births for same-sex couples.

It was a bad week for Israeli democracy, to say the least.

But it was also not surprising. The weakening of Israel’s democracy is a trend that has been happening for a while now. A recent report by the V-Dem institute downgraded Israel from being a “Liberal Democracy” in 2007 to an “Electoral Democracy” in 2017, as a result of a weakening of the legislative and judicial oversight of the executive and the deterioration of protection of individual liberties and minorities.

Like a cancer, the deterioration of democracy is spreading through the different institutions that, since the foundation of the state, have guaranteed the existing (and unique) balance of Israel as a democracy and a homeland to the Jewish people.

For instance, it is more and more common for Arab representatives in the Knesset, who represent the largest minority in the country, to be disqualified in one way or another. And in 2016, a bill was introduced enabling their suspension from their elected positions if a qualified majority of their fellow parliamentarians decide so.

More recently, a conference on the occupation held at the Knesset — organized by several opposition MKs — was disrupted and severely condemned by members of the government, some of them describing the conference organizers as a “fifth column.”

Similarly, the government, through Minister of Justice Ayelet Shaked, has engaged in a battle to “change the face of the Supreme Court” as “part of a process of returning the court to its basic function: interpreting the norms that parliament decides, not replacing it.”

Esther Hayut, Israel’s Supreme Court President, reacted to a bill limiting the power of the High Court of Justice by saying that Israel’s Judiciary is “under unprecedented attack” and that the bill threatens the human rights of every individual in Israeli society.

Some important institutions of civil society have endured constant attacks by the government. For instance, Minister of Culture Miri Regev — a close political ally of Netanyahu — has made government funding to cultural institutions conditional on political stances. Recently, she responded to a funding request by the well-regarded Israel Museum by insisting the cash be used to pay for an extravagant fundraising gala, with Sara Netanyahu as the guest of honor.

In parallel, the press has also been under constant attack by Prime Minister Netanyahu himself, who has on several occasions dubbed Israeli media outlets as “fake news.” This has only intensified with the media reporting the ongoing investigations against Netanyahu and his wife on open corruption cases. In 2017 Freedom House ranked Israel 33 out of 100 in terms of freedom of the press.

The only significant establishment of the state apparatus that has been, so long, untouched is the defense establishment (whose recommendations very often contradict the current government’s political philosophy). It would come as no surprise were they to be the next ones attacked for their professionalism.

On almost every front, Israeli democracy is under attack.

Those Israelis who are fighting for democracy — hopefully a majority — cannot do it alone. They need the help of all Jews around the world who believe Israel’s democratic character is an essential part of it.

This attack is, perhaps, the most important threat to the future of Israel as it was envisioned by its founders and all the Jewish people. Thus, maybe the best course of action for Jews in the Diaspora is not to worry about updating or replacing now-outdated Hasbara lines, but rather, to be first to acknowledge this systematic attack on Israel’s democracy, ironically led by its own government.

We cannot keep defending the indefensible. It is time for Jews in the Diaspora who love Israel to confront Netanyahu and his government for slowly destroying Israel’s democracy. The future of Israel depends on it.

Dany Bahar is an Israeli and Venezuelan economist. He is currently a David M. Rubenstein Fellow at the Brookings Institution and an associate at Harvard Center for International Development. He tweets under the handle @dany_bahar.