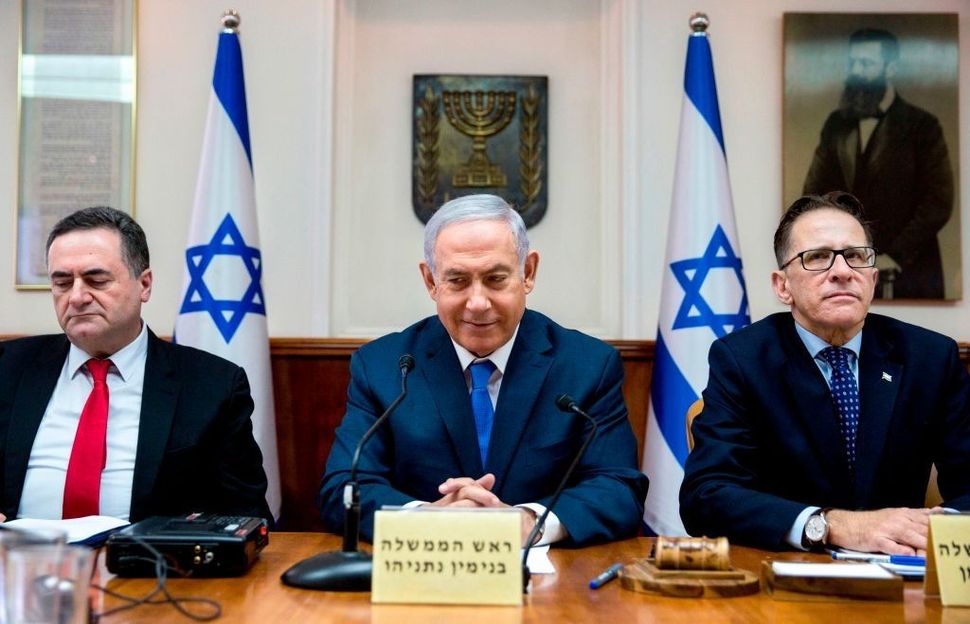 Should we be concerned about the state of Israeli democracy?

Recent worrying events have included the passage of a Nation-State, as well as prime ministerial efforts to corral the press and ongoing campaigns to limit judicial independence.

But are these signs that democracy and civil liberties in the Jewish proposed?

What Is a Democracy?

To judge whether any state is democratic, we first need a clear operational definition of democracy. It is striking how frequently this is ignored in discussions of Israel.

We also need workable criteria that are universally applicable. An austere standard that ruled all states non-democratic would not be very useful.

Some serious scholars — both Palestinians and Israelis — have flunked Israel as a democracy on the grounds that Arab citizens are not treated equally. As a fact this is undeniable: Neither in law (consider the new Nation State law) nor in practice are Jews and non-Jews in Israel on equal footing.

A 1952 statute gives the World Zionist Organization and the Jewish Agency special status, while the State Education Law (1953) invokes “the values of Jewish culture.” The Foundations of Law Act (1980) calls for reference to “Israel’s heritage” when courts face a gap in existing statutes. Though all religious communities in Israel have their own courts in matters of marriage and divorce, the Jewish Chief Rabbinate has unique statutory status and powers. The Jewish Sabbath and holidays are official days of rest (though non-Jews observe their own days of rest), and laws dealing with cultural, educational, and memorial institutions (for example, the Holocaust Memorial, Yad Vashem) relate to Jewish culture and history.

But would the United States qualify as a democracy by these standards? Can any nation with ethnic or national minorities — nearly every nation in today’s world — lay credible claim to achieving full and complete equality, in law and in practice, for all groups within its borders?

The answer might surprise you. None of the major rosters of democratic states have required complete equality as a sine qua non for recognition as a democracy. All of them have classified Israel as a democracy or, in some cases, as a flawed democracy.

From Dankwart Rustow in 1967 to the 2017 Report of the V-Dem Institute (using 350 indicators), Israel has been judged to meet the minimal criteria of contested elections, free flow of information, universal suffrage, peaceful change of government and other hallmarks of what is generally understood as democratic politics.

More recent surveys have moved away from the simplistic dichotomy of democratic/non-democratic, instead ranking states on a scale of democratic practice. The annual “Freedom in the World,” in its 2006-2017 editions, ranked Israel among the “Free” nations with its highest ranking on political rights and its second-highest ranking on civil liberties, citing “deficiencies in a few aspects” regarding the latter.

V-Dem ranked Israel 48th among the 177 nations studied — just outside the top quartile — on its summary Liberal Democracy Index.

Was Israel Ever Democratic?

Some of Israel’s critics say that it never was democratic to begin with. It was not until 1985 that the democratic nature of Israel was officially codified in an amendment to the Basic law, and early Zionists focused much more on the Jewish (and often, secular socialist) nature of the ideal Zionist state than on democratic ideals.

Most Israelis, and most Jews generally, see their Jewishness as a national or ethnic identity. If an “ethnic” state is deemed undemocratic by definition, this would challenge the legitimacy of the basic concept of “nation-state” upon which much of the modern international order is founded.

What Does It Mean to Be a Jewish State?

The Israeli Supreme Court has addressed the issue of what, minimally, the “Jewishness” of Israel means. In a 1988 case, it ruled that it means three things:

(1) the maintenance of a Jewish majority

(2) the right of Jews to immigrate

(3) ties with Jewish communities outside Israel.

These attributes do not conflict with democratic principles as generally understood, and they are not unique to Israel.

A “Jewish” state, as a state with a largely Jewish population and a dominantly Jewish culture, is not necessarily less democratic than any state structured around a dominant ethnic group or groups. The question is whether the dominant group practices democracy within its own circles, and whether it extends this practice to citizens of other ethnic groups.

What Are the Weaknesses in Israel’s Democracy?

The richness of the V-Dem data also helps identify points of relative weakness in Israeli democracy. In freedom of association, Israel is ranked 88th, barely in the top half of states, given limits on eligibility of political parties and other constraints. Freedom of expression is also a lower ranking — 62nd — than the overall score, reflecting government censorship and other influences in the media, media self-censorship, and harassment. There are, quite expectedly, also weak points on equality, specifically a ranking of 69th on equality before the law and 68th on equal access (to political power), both matters involving the position of Israel’s Arab citizens.

In this context, recent developments do raise legitimate concerns about the further erosion of democracy.

Does Israel Have Freedom of Expression?

Recent Knesset laws have added other specific restrictions on expressions of opinion.

A 2016 law increased penalties for disrespect to the flag.

And in March 2017, the Knesset adopted a law denying entry visas to supporters of boycotts against Israel or territory it controls, including Jewish settlements on the West Bank.

A comprehensive anti-terrorism bill also from 2016 criminalized support for terrorist acts and other broadly defined offenses. And while counterterrorism is certainly a justifiable ends, the bill is so broad that it ends up penalizing some things that should fall under the category of free speech.

There has also been an increase in attacks on the media by the prime minister and other government officials, including defamation suits brought on grounds of libel. Prime Minister Benjamin Netanyahu. In addition, the Ministry of Culture has made continuing efforts to cut public funding to the arts, on non-artistic grounds, when unpopular views have been expressed.

Efforts have been made in recent years to delegitimize groups that criticize official policies or publicize matters that are potentially embarrassing to the state. In July 2016, the Knesset approved a bill requiring all non-governmental organizations (NGOs) that receive most of their funding from foreign governmental sources to disclose this in all of their publications. Another law passed in March 2017, as an amendment to the political parties funding bill, introduced a broad definition of “bodies active in the elections,” and imposed strict restrictions on their funding and activities.

Public opinion on Arab rights has been ambivalent. A majority agree that Arabs are discriminated against, but when asked whether crucial decisions on peace and security should only be made by a Jewish majority — that is, that Arabs should be excluded from these decisions — 72% of Israeli Jews agreed.

So What’s the Verdict?

The bottom line, however, is that political scientists using generally accepted operational criteria, applied equally to all states, have concluded that Israel is a democracy — perhaps a flawed democracy, but basically in the democratic camp.

This matches the common popular understanding of democracy. For example, in a 1999 survey of Palestinians, 75% rated the status of democracy and human rights in Israel as either “Good” or “Very Good,” against 32% for the Palestinian Authority.

Of course, none of this takes into account the ongoing occupation. The West Bank can’t be considered a democracy, because the two ethnic populations who live there — Jews and Palestinians — have different legal systems that govern their actions.

But in Israel proper, defined by the vague 1967 borders, the verdict does seem to be that Israel is a (flawed) democracy.

Alan Dowty is Professor Emeritus of Political Science at the University of Notre Dame. He has published widely, and lectured in over 30 countries. In 2017 he received the annual Lifetime Achievement Award in Israel Studies from the Association for Israel Studies and the Israel Institute.