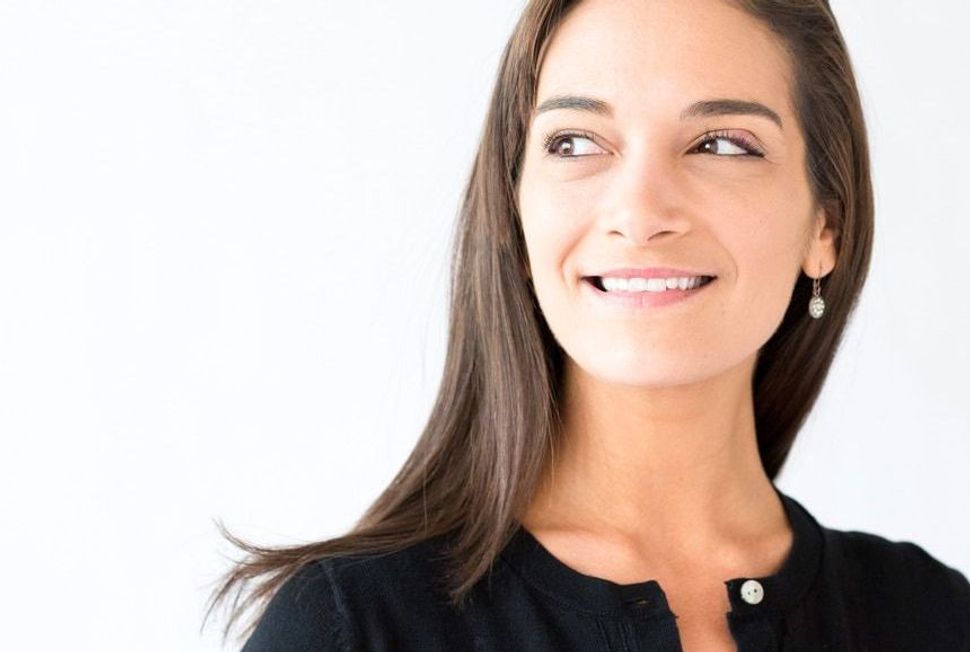 Image by Courtesy of the Salazar Campaign

The Jewish world is in an uproar over Julia Salazar, a candidate for state senate. Salazar portrayed herself in multiple interviews as a Jew of Color, claims that a recent exposé called into doubt.

The article split the Jewish community in two. Salazar’s detractors called her a Jewish Rachel Dolezal, a reference to the woman who told people for decades that she was black yet turned out to be white. Meanwhile, Salazar’s defenders called the whole affair a witch-hunt.

But the inquisition into Salazar’s Jewish identity says as much about those eager to defame her as it does about Salazar herself.

Far from anomalous, Salazar’s amorphous Jewish identity is not untypical of Jews from Latin America, who see themselves not in the “standard” ways of American Jews with their stable, organizational affiliations.

In Latin America, dislocation, shame, and genealogical fog have been prime contributors to a muddying of the waters. Instead, Latin American Jews look at identity, including Jewish identity, as endlessly malleable –- just like Julia Salazar.

The 27-year-old Salazar is running for the New York State Senate in north Brooklyn’s 18th district against incumbent Martin Dilan. In the wake of Alexandra Ocasio-Cortez’s stunning victory in June, Salazar, a Democrat Socialist like Ocasio-Cortez, got an enormous amount of attention, especially on social media.

That’s partly why an exposé by Armin Rosen, published in Tablet Managzine last week, was so shocking. As opposed to the largely favorable portraits of Salazar in the press, Rosen paints Salazar as somewhat of a con artist.

Though she has portrayed herself as a longtime progressive, Rosen uncovered evidence that Salazar was avowedly pro-Israel while a student at Columbia, belonging to Christians United for Israel and even appearing on Glenn Bleck’s online show.

Far more controversial than her change of heart over Israel is the change in her narrative about herself. Throughout her campaign, Salazar has described herself as a “Jew of Color from Colombia.” She told the Forward her late father was Jewish and that she immigrated to the U.S. from Colombia. She also told some people that she converted under the supervision of a Reform rabbi, though she didn’t put too much emphasis in that rite of passage.

Both her Jewishness and her Colombian nationality have now been called into question. Her brother, quoted in the Tablet article, said that both of her parents were Catholic, and that she was born in Miami. Their mother is Italian-American.

And yet, to me, this all feels inquisitorial. Who cares how Salazar portrays her Jewish identity? What purpose is served by trying to disprove her? Is that how American Jews want to be perceived, as gatekeeping who is a Jew and who is not based on whether they conform to a set of Jewish stereotypes? Shouldn’t some thought be put into how this concept of purity has been used before and by whom?

The inquisition into Salazar’s Jewish identity is not just unseemly. It’s counter-factual, for it erases the very real experience of Latin American Jews.

Officially, there are about half a million Jews in the region today. But according to some scholars, the number is actually much higher.

This is because Latin America as a whole has a conflicted relationship with its Jewish past, to put it mildly. Hiding it is a sport, not only among descendants of crypto-Jews. Sephardi and Ashkenazi Jews and even descendants of Israelis play the hide-and-seek game.

The history of Latin American Jews has made our Jewish identity something amorphous, something malleable, rather than something crystalline.

I was born in Mexico. I am personally familiar with these ways. But it’s not just personal experience. I have spent the last five years traveling all across that vast territory, from the Southwest in the United States border to the Patagonia, where the so-called “Plan Andinia” is supposedly under way for Israel to build an alternative Jewish state where Jews won’t have to be in constant conflict with the Arabs. The trek is part of a forthcoming travelogue called The Seventh Heaven.

In my conversations with hundreds of Latin American Jews, from rabbis in Lima to families of the desaparecidos in Buenos Aires to conversos in Santa Fe, New Mexico, to coverts in Havana to kabbalists in Montevideo, I have learned that my experience is common.

For Latin American Jews, Jewish identity is creative and fungible and never pure. Just like it is for Julia Salazar.

Salazar isn’t a “pure” Latin American Jew because no such profile exists. Even if she wasn’t born in Colombia but in Miami, her Jewishness is a distinct immigrant concoction.

Rather than rejecting Salazar’s claims to Jewish heritage, American Jews would do well to get used to them. There are close to 60 million Latinos in the United States. As a result of exile, immigration, and other demographic reconfigurations, the amount of Jews, albeit small, is growing among them, and, judging by what they are doing in Latin America as well, seeking public office is likely to be a norm in the next decades on both sides of the Rio Grande.

It is outsiders who want to impose a simplistic identity on Julia Salazar. It is time to go beyond simple categorization.

Ilan Stavans is Lewis-Sebring Professor of Humanities, Latin American and Latino Culture at Amherst College, publisher of Restless Books, and host of NEPR’s podcast “In Contrast.” His latest books are the graphic novel adaptation of Don Quixote of La Mancha (illustrated by Roberto Weil), due out in October, and On Self-Translation: Reflections on Language, in November.