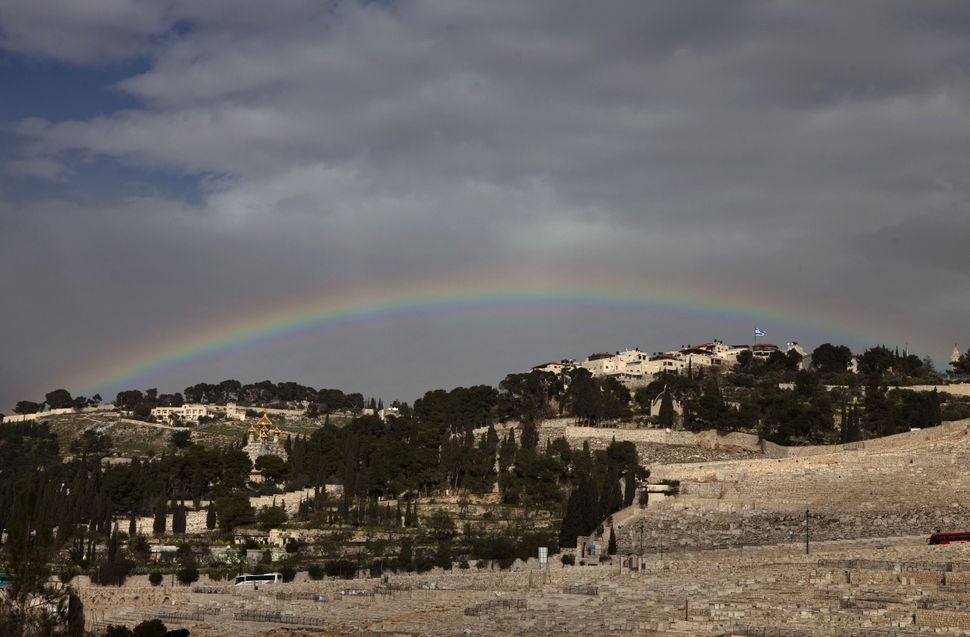 Last week I received an email from a woman I have never met. She told me she had lived in Israel earlier in her life and that, while critical of some of its policies, loves the country in ways she can scarcely express.

Then she outlined her problem: Her niece has declared herself an anti-Zionist. Not a critic of Benjamin Netanyahu or of Israeli settlements but someone who “believes Israel is on stolen land” and “shouldn’t be there.” Those sentiments, my correspondent explained, “took my breath away and left me crushed.” Then she asked me a question: “If your niece, whom you dearly love, suddenly announced that she was an anti-Zionist, what would you say?”

Ten years ago in the American Jewish community, this family drama would have been exotic. Now it is increasingly common. Here’s my answer.

Congratulations: You’re part of a long Jewish tradition. Jews have opposed Zionism since its birth as a political movement more than a century ago. Your tradition is not mine; I believe in a certain kind of Jewish state. But my goal is not to convince you of my point of view. It’s to make you think about yours. If you’re going to be an anti-Zionist, be a good one.

First, listen. You’re rightly ashamed that so many American Jewish Zionists never listen to Palestinians and are thus ignorant of their trauma and dismissive of their opinions. Don’t make the same mistake with your own people.

Find a Jew born in Europe before 1948 and ask them about the moment they heard—or their parents heard, if they were lucky enough to still be alive—that Jews had recreated a country after two thousand years. Listen and try to imagine how it felt to watch the nations of the world permit the destruction of two-thirds of the Jews of Europe and then learn that there would be one nation on earth dedicated to ensuring that Hitler’s successors never completed his work.

Imagine how it felt to watch anti-Semitic armies wield the flag of the country of your birth and then witness the creation of a flag with a Jewish star.

But don’t stop there. Find a Jew your own age from the former Soviet Union or Sweden or France and ask what Israel means to them. Listen and try to imagine what Israel might mean if you lived in a country where you couldn’t safely wear a kippa or a Jewish star walking down the street.

These people may not change your mind. But let them into your heart.

Recognize that your experience — growing up in perhaps the most privileged, assimilated and secure (Trump notwithstanding) Diaspora Jewish community in the history of the world — is atypical. It is atypical and there is no guarantee it will grow more typical in the years to come.

Yes, the Israeli government and its supporters fan and exploit Jewish fears. But those fears aren’t imaginary. You have likely never felt you needed the refuge that Zionism offers. Imagine what Zionism means to people who do.

Second, after listening to Zionists, learn about Zionism itself.

Understandably, a lot of people today identify Zionism with whatever the Israeli government does. But like any nationalist movement, Zionism has come in many flavors.

For instance, the writer known as Ahad Ha’am — perhaps the second most influential turn of the century Zionist thinker after Theodor Herzl — wasn’t focused on creating a Jewish state. What mattered to him was that Jews create a society in the land of Israel, a society that—because of the land’s unique religious and historical significance—enriched Jewish life around the world.

Do you ever watch Israeli films, read Israeli novels or listen to Israeli music? Have you ever been to Israel and marveled as Jews from Yemen, Morocco, Lithuania and everywhere in between—communities separated for thousands of years—bicker with each other in a language that hadn’t been spoken on the street since the 3rd century?

If any of these experiences have enhanced your life as a Jew, you’ve tasted what Ahad Ha’am hoped Zionism would achieve.

Some of Ahad Ha’am mid-twentieth century successors — Judah Magnes, the founder of Hebrew University, Henrietta Szold, founder of Hadassah and the philosopher Martin Buber — opposed a Jewish state because they believed, like you, that it would come at the Palestinians’ expense. Instead, they wanted a binational state in which Jews and Palestinians lived as equals, each respecting each other’s cultural autonomy.

Yet they still saw themselves as cultural Zionists. The point is not merely semantic. Magnes, Szold and Buber opposed a Jewish state in the land of Israel but they believed passionately in a Jewish society there. I know you agree with them on the first point. But to figure out what you mean by anti-Zionism, you must figure out how you feel about the second.

If you don’t care about a Jewish society in the land of Israel, then being an anti-Zionist is simple. Eliminate the hard shell of a Jewish state — a state that undoubtedly oppresses millions of Palestinians — and let the chips fall where they may.

But if you do care — if you want to preserve the achievements of Ahad Ha’am — then being an anti-Zionist is complicated. It’s complicated because it’s hard to know what might happen to Jewish life in the land of Israel without the state of Israel.

Eighteen years ago, a renowned anti-Zionist scholar said that, “The question of what is going to be the fate of the Jews [after a Jewish state] is very difficult for me. I really don’t know. It worries me.” The scholar was Edward Said. “The history of minorities in the Middle East has not been as bad as in Europe,” he added, “but I wonder what would happen.”

In the eighteen years since that statement, as Arab Christians have endured mounting oppression, the experience of minorities in the Middle East has grown considerably worse.

Sure, you might respond, but Zionism is complicated too, more complicated than many American Jews admit. Absolutely right. There is a deep tension between a national movement built to safeguard and represent one ethno-religious group and the principle of liberal democracy, in which everyone is equal under the law. That tension is most brutally obvious in the West Bank. But it exists inside Israel proper too.

As Zionists who care about liberal democracy, we must both admit that tension and work to minimize it. Ending Israel’s occupation of the West Bank and Gaza Strip is only the beginning. Even inside the green line, Israel must become far more inclusive of its Palestinian citizens.

For me, the only aspect of Jewish statehood that is non-negotiable is that Israel must remain a haven for Jews in distress. I’d change Israel’s discriminatory land laws, add a stanza to Hatikva that speaks to the hopes of the twenty percent of Israel’s citizens who aren’t Jews, and break the tradition that excludes Arab parties from Israel’s coalition governments.

Given the direction Israel is going, this may strike you as utopian. It may also strike you as insufficient. That’s fine. Pursuing a decent Zionism is difficult.

But if you care about the Jewish society between the river and the sea, your project is difficult too. Buber, Szold and Magnes wanted a binational state. But binational states—from Belgium to Czechoslovakia—don’t have a great track record.

It’s hard to run a democracy when people are more loyal to their national communities than to the state that supposedly supersedes them. What is the army of Israstine going to look like? And what will keep it from fracturing into sectarian militias when things get tough? It was the prospect of civil war that led the British to propose partition back in the 1930s, and the divisions and hatreds of that era have only grown in the decades since.

When you dream about a country after Zionism, you may envision post-apartheid South Africa. But consider the possibility that you will get Lebanon instead.

And, above all, remember that we are a family: Not just you and me but the Jewish people itself. We are a family that has endured the greatest perils and the deepest divisions. We can endure the renewed division between Zionists and anti-Zionists too. But families only function well when there is both honesty and solidarity. Zionists must be honest enough to invite you to our communal tables and face your searing challenge.

This is the compact that can sustain our people. Zionism without Jewish exclusion. Anti-Zionism with Jewish solidarity. We need each other more than we know.

Correction: An earlier draft of this article misstated the year Edward Said worried about the fate of the Jews. It was in 2000, not 2010. We regret the error.