Jewish Anti-Zionists Are Betraying Jews – And The Intersectional Left 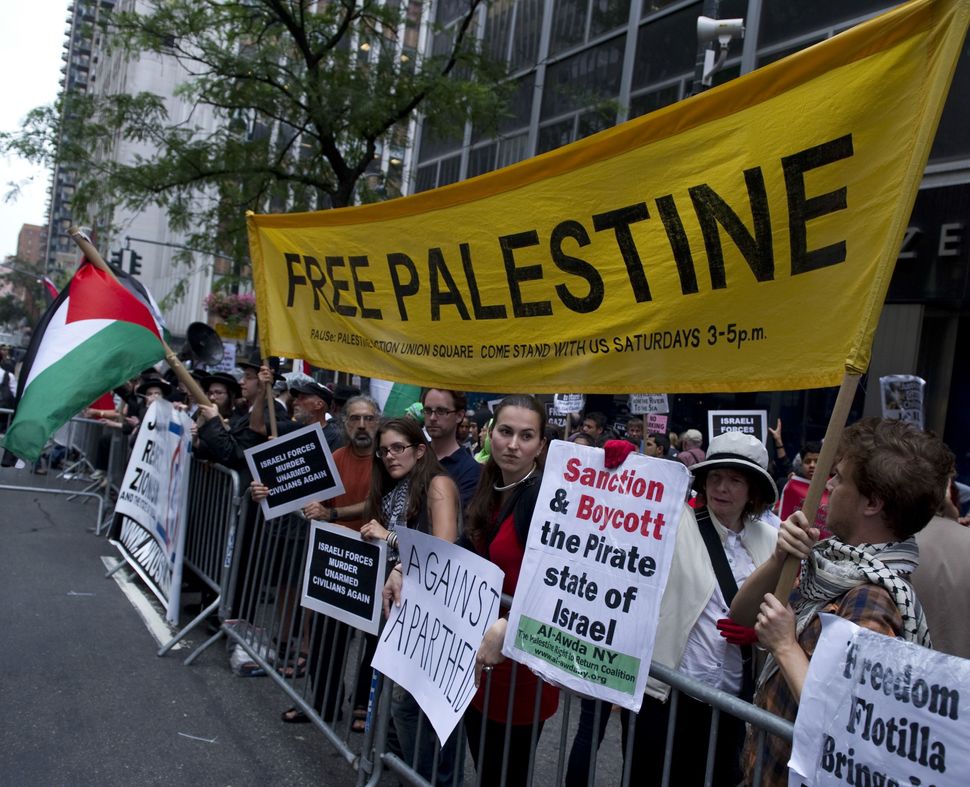 Once upon a time, anti-Zionist Jews vowed they’d stand up to anti-Semitism within their own ranks on the intersectional left.

That claim is no longer credible. Unless it hits them straight in the face, it’s clear they are either not able or not willing to recognize anti-Semitism, at least when it’s coming from the left to whom they are “allies.”

The latest evidence from this came in the form of a recent fiasco of a Twitter exchange between Glenn Greenwald, Congresswoman Ilhan Omar, and Batya Ungar-Sargon, this paper’s opinion editor, in which Omar used an anti-Semitic trope.

While I don’t think there is evidence that Omar is an anti-Semite, her immediate association of Jews, money, and control over the levers of social and political power, plus the insinuation of dual loyalty, was recognized by most Jews and across the broader U.S. public as anti-Semitic.

Omar apologized, amid censure from Democrats and Republicans alike, and a big media maelstrom. But Omar also had a lot of support, with many saying she didn’t say anything wrong, even tweeting the hashtag #IStandWithIlhan. And in that group was the Jewish far left.

The Jewish anti-Zionist left joined hands with the rest of the intersectional left this week to gaslight the majority of an American Jewish community appalled by Omar’s tweets. They claimed that Omar said nothing anti-Semitic; rather, she bravely criticized Israel and AIPAC. And when the House leadership condemned Rep. Omar’s expression, this was proof to everyone of the Israel lobby’s power; lo and behold the power of AIPAC to bend the U.S. political class to its will.

Then they escalated the tension by falsely claiming that everyone critical of Omar’s tweet is ipso facto anti-Black and anti-Muslim.

In short, anyone appalled by Omar’s tweet was a racist.

It’s become part of a pattern: Accuse a person of color of anti-Semitism, and the hard Jewish anti-Zionist left will join a chorus calling you Islamophobic or racist. The role of the hard anti-Zionist left is a supporting one, to shut up and be good allies to people of color and to Palestinians.

These Jews on the intersectional left are allies without allies. For the far left doesn’t take Jews, Jewish history, the history of Zionism, and anti-Semitism seriously. They don’t think anti-Semitism is systemic. While making much of their own good intentions, they don’t see how anti-Semitism is structural, and deny that it is still a problem. They conflate Jews with whiteness, money, and power; and Israel with racism, colonialism, and genocide.

And here’s where the anti-Zionist Jewish left comes in, playing the role of “useful idiots,” an old term of art in Stalinist circles. They are Jews who tell people spewing anti-Semitism that No, that’s not anti-Semitic! That’s just anti-Israel!

And in licensing these people to speak in anti-Semitic tropes, they are betraying them, just as they have betrayed their Jewish brothers and sisters. Needless to say, non-Jews on the left are not helped by this. They are only hurt by it.

Gentile anti-Zionists turn to hard anti-Zionist Jews for cover and then proceed to trigger large segments of the Jewish community. Jewish activist groups like Jewish Voice for Peace, a Jewish Palestinian advocacy organization, and — alas — If Not Now, a group on the Jewish left that opposes the 1967 Occupation, do nothing to stop this, do nothing to slow this down.

They too refuse to take the problem of anti-Semitism seriously, or at least they don’t seem to recognize it on their own side. In not doing so, they play their due part contributing to this poisonous environment.

To date, the best leadership has been by Rep. Alexandria Ocasio-Cortez, who wrote, “Unlike this President, Rep. @IlhanMN demonstrated a capacity to acknowledge pain & apologize, use the opportunity to learn abt history of antisemitism,+grow from it while clarifying her stance. I’m also inspired by Jewish leadership who brought her in, not push her out, to heal.”

And she followed up with an even more revelatory note, specifically calling out people policing Jews for speaking up: “Lots of people here proclaiming to be ‘woke’ trying to police communities on what they are/aren’t allowed to be upset by. I’m proud @IlhanMN raised the issue of lobbyist [money] in politics & equally proud of her sensitivity to communities. Both are possible.”

I’m proud @IlhanMN raised the issue of lobbyist ? in politics & equally proud of her sensitivity to communities. Both are possible.https://t.co/Jq2Y1txFCS

Rep. Ocasio-Cortez is a deft political voice. But it’s really not that hard.

Jewish Anti-Zionists Are Betraying Jews – And The Intersectional Left