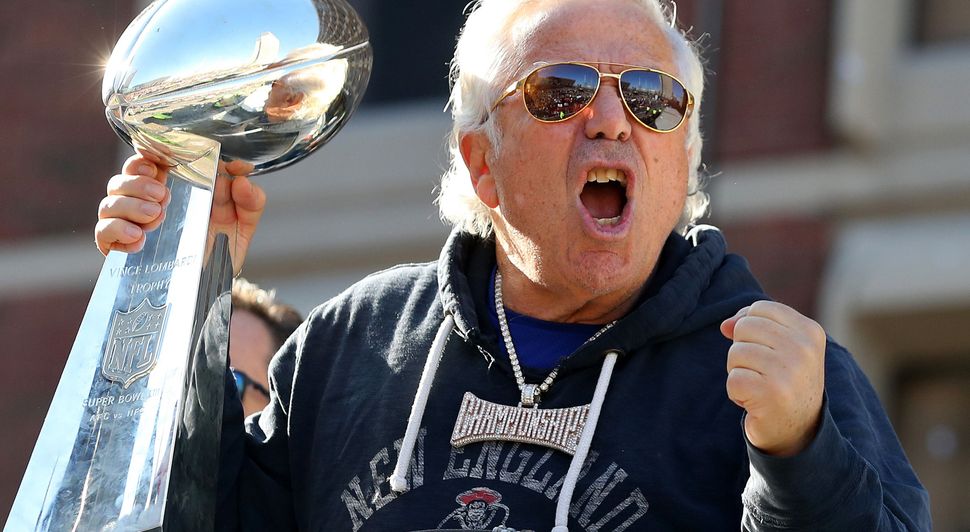 In another professional life, I was in charge of the Liberty Medal ceremony at the National Constitution Center, where every year the medal is given “to men and women of courage and conviction who have strived to secure the blessings of liberty to people around the globe.”

One year, I lobbied hard to select Aung San Suu Kyi to receive the award. At the time, the Burmese leader was under house arrest by a brutal military regime, and her renown as a secular saint symbolized the courage and conviction the medal was supposed to honor. Even if she couldn’t attend the televised ceremony in Philadelphia, I argued, we could place an empty chair on stage and focus attention on her dramatic story and the plight of the people she represented.

Which, in retrospect, was a wise move.

Since that time, Suu Kyi was freed — to worldwide celebration — only to then essentially assume power in her country and preside over a government that has brutally massacred its Rohingya Muslim minority, raping women, burning villages, and creating a humanitarian crisis on its border with Bangladesh, where more than a million refugees have fled, 55 percent of them children.

I thought back to that experience as I watched yet another embarrassment for the Genesis Prize, which like the Liberty Medal, seeks to honor professional accomplishment, charitable contribution — and in Genesis’ case, service to the Jewish people. This time, the designated 2019 winner, New England Patriots owner and philanthropist Robert Kraft, was charged last week with two misdemeanor counts of soliciting prostitution in Florida.

Of course, Kraft’s predicament cannot in any way be compared to Suu Kyi’s crimes; he’s denied the accusations, and deserves the presumption of innocence supposedly accorded anyone in our judicial system. Stan Polovets, chairman of the Genesis Prize Foundation, has said that Kraft has his “full support.”

But unfortunately, this comes a year after another embarrassment, when Genesis Prize laureate Natalie Portman abruptly pulled out of the award ceremony in Jerusalem over her objections to the policies of Prime Minister Benjamin Netanyahu, who would have awarded her the prize. Personally, I thought it was wrong for Portman to stay home, and I said so at the time; Genesis salvaged the ceremony by giving a lifetime achievement award to Justice Ruth Bader Ginsburg, but the awkwardness remains.

And the year before that, the ceremony was cancelled after artist Sir Anish Kapoor said it would be “inappropriate” to convene in Jerusalem when the Syrian civil war was being waged nearby.

Many people — myself included — have been skeptical of a prize that gives one million dollars to the already-famous and wealthy to then distribute to the Jewish causes of their choice. (Kraft is worth an estimated $6.6 billion.)

Even so, I can’t blame the prize organizers for this series of mishaps. The peril is more intrinsic: We live in a culture that continually elevates the individual over the communal, turning less-than-perfect celebrity men and women into icons, only to discover that they are as flawed as the rest of us.

It is not even clear that recognizing individual achievement actually serves its stated goal. Ronald R. Krebs, a political science professor at the University of Minnesota, studied the most lauded prize of all — the Nobel Peace Prize — to try to answer the question: Does it change the world?

“Expecting the prize to bring world peace would be an unfair standard to apply,” he wrote in 2017. “However, my research shows that the winners and their causes have rarely profited from the award. Even worse, the prize has at times made it harder for them to make the leap from aspiration to achievement.”

When I review the list of Liberty Medal recipients, dating back to before the Constitution Center administered the award, there are a few names that make me cringe. Victor Yushchenko brought about Ukraine’s Orange Revolution, but that has not exactly worked out as planned. James Watson, honored with Francis Crick for essentially discovering DNA, subsequently was criticized for racist remarks and tried to sell his Nobel Prize medal on eBay. (Not sure what he did with the Liberty Medal.)

It seems to me that there are two responses to this dilemma. The first is to limit our expectations for these awards.

Genesis Prize recipients are also supposed to be role models and provide inspiration for young Jews. If the tapes Florida police say they have of Kraft turn out to be incriminating, he’ll be an example of a different sort. It may be a silly goal anyhow — I’m not sure that young Jews find much value in role models. Let the person’s actions stand as his or her achievement, without expecting others will try to be inspired to follow.

The second response is actually what Genesis does already, which is to use the prize money to fund worthwhile organizations. Last year, $1 million went to 37 Israeli women’s rights organizations representing Jewish, Arab Israeli, Druze and Bedouin groups — without Portman showing up at the ceremony.

Perhaps if funding went directly to worthy causes, without relying on the celebrity middle-person to oversee the transaction, we’d not be so dependent on expecting our heroes and heroines to remain on the shaky pedestal we’ve erected for them.

Jane Eisner is the Forward’s writer-at-large and the Koeppel Fellow in Journalism at Wesleyan University.