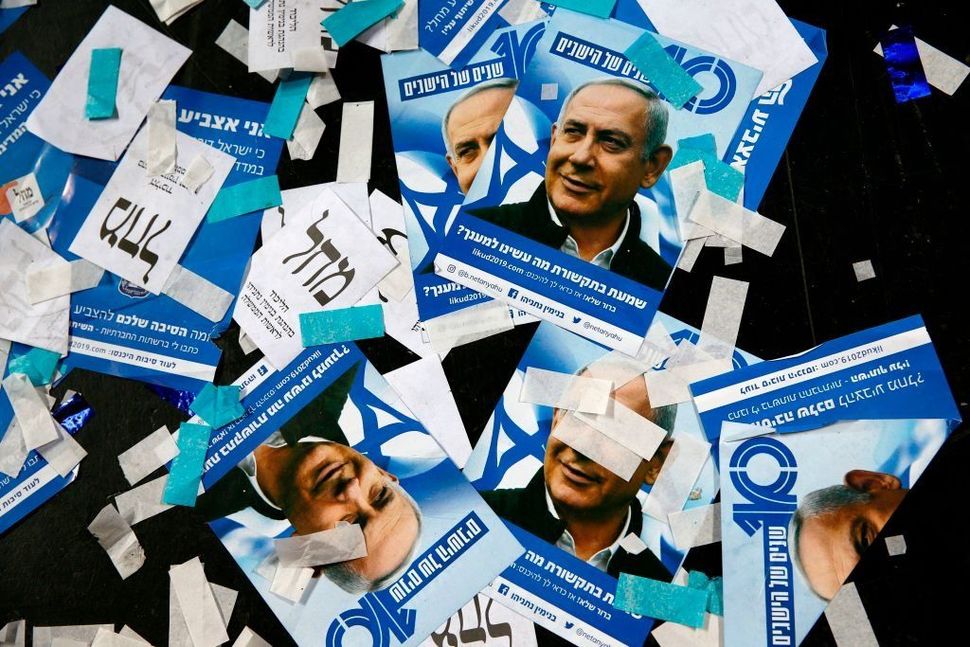 This is the Bibi-Trump moment. The recent Israeli elections not only reinforced Israeli Prime Minister Benjamin Netanyahu’s ironclad grip on his country’s political life, but affirmed the mutual benefits of the bromance between these two pillars of the global movement of illiberal democrats.

Netanyahu’s pro-settlement agenda pumps up President Trump’s evangelical base; and Trump bestows gifts that reinforce Netanyahu’s base (such as the embassy move to Jerusalem or recognition of Israeli sovereignty over the Golan Heights). In the process, the two seem to symbolize and even promote the end of the long reign of liberal democracy. Who today heralds the cherished ideals of the French Revolution: liberty, equality, and fraternity?

Are we indeed witnessing the end of democracy — and maybe history — as we know it? Sober-minded scholars such as Steven Levitsky, Daniel Ziblatt, and Yascha Mounk point to long-term trends that have eroded democratic principles and institutions. These trends suggest that the arc of history is bending away from principles of justice and equality toward a muscular and xenophobic majoritarianism.

But just in this moment of despair, we notice that two long-time autocrats, Abdelazziz Bouteflika of Algeria and the Sudanese genocidalist Omar al-Bashir, have been pushed out of power. It reminds us that the pendulum of history never stops moving. Indeed, one of the few constants of history is unceasing change. While we seem to be heading in one direction, we must remember that there will surely be pauses, turns, and reversals.

The twentieth century offers up many examples of this point. Take the case in this country of the Great Depression, triggered by the Black Tuesday stock market crash of October 29, 1929. Soaring unemployment rates and plunging income induced a sense of despair and hopelessness for millions of Americans, and many more millions around the world.

And yet, shortly thereafter — and indeed, in dialectical reaction to the Great Depression — President Franklin Roosevelt introduced the New Deal. Democrats replaced Republicans not only in the White House, but in both houses of Congress. The WPA and a host of other federal programs were created to provide jobs and income to millions of Americans. A new set of far-reaching government policies including unemployment insurance and Social Security were introduced, providing the foundations of the American welfare state that endured throughout the twentieth century.

Later in the century, the unimaginable occurred in the Middle East, when two hated rivals, Egypt and , commenced a process of negotiation in 1978 that culminated in a peace treaty that has held to this day. Declared enemies since 1948, the two countries had engaged in deeply scarring wars in 1967 and 1973. Egyptian President Anwar Sadat realized that decisive military victory over Israel was not possible and made a stunning about-face by coming to Jerusalem to address the Knesset with a call for peace. Even more surprisingly, Sadat found a partner in Israel’s newly elected right-wing Prime Minister, Menachem Begin, who beat back opposition within his own party to seize the strategic opportunity.

These two examples remind us of the radical contingency of history, which provides both evidence of and hope for change. And this brings us to today. Bibi Netanyahu has been riding a ten-year wave of political control during which much of the world has moved significantly to the right: Turkey under Erdogan, Hungary under Orban, and the United States under Trump, to mention only a few of the most prominent illiberals. Netanyahu, for his part, has also drawn from a longer-term local process in Israel, where the Six-Day War in 1967 unleashed a new form of messianic Zionism that was exclusionary, chauvinistic, and wedded to territorial gain above all.

At times, it seems as if this direction in Israeli political life is irreversible. Netanyahu and his allies have attempted to enshrine their vision in the Nation-State Law of 2018 that aims to relegate Arab citizens to second-class status by referring only to Israel as a Jewish state without mention of democracy or equal rights for all. The anti-Arab rhetoric that Netanyahu and his allies feed to the base only deepens the sense of alienation of the twenty percent of Israel who are Palestinian.

But here’s the rub. Nothing remains static in history. The demographic future of Israel, surely within the Green Line and all the more so if Israel retains control over the West Bank, will dictate new realities. For example, it is estimated that a majority of Israelis in 2059 will be Arab and Haredi Jewish. While at present these two groups represent starkly opposing political camps, they may well develop a shared interest in pushing for political and economic enfranchisement in Israel society. This presents an opportunity for new alliances that requires long-term strategic vision and imagination.

As of today, Palestinian citizens of Israel feel alienated and excluded. During the recent campaign, both main parties, Likud and Blue-White, repeated the anti-democratic assertion that they would not include Arab parties in a governing coalition. This is simply not sustainable. The future of Israel depends not on a majoritarian vision of democracy that excludes, but on an inclusive one built upon a robust partnership between Arabs and Jews. Today’s despair will yield to tomorrow’s promise. The pendulum of history will swing toward another day.

Correction: An earlier draft of this essay misidentified Abdelazziz Bouteflika as the leader of Tunisia, not Algeria. We regret the error.

David N. Myers is the President of the New Israel Fund. He is the Kahn Professor of Jewish History at UCLA, where he directs the Luskin Center for History and Policy.