This Was A Week Of Jewish Blessings: Gay, Orthodox Ordination, An 80-Person B’nei Mitzvah, And A Spelling Bee 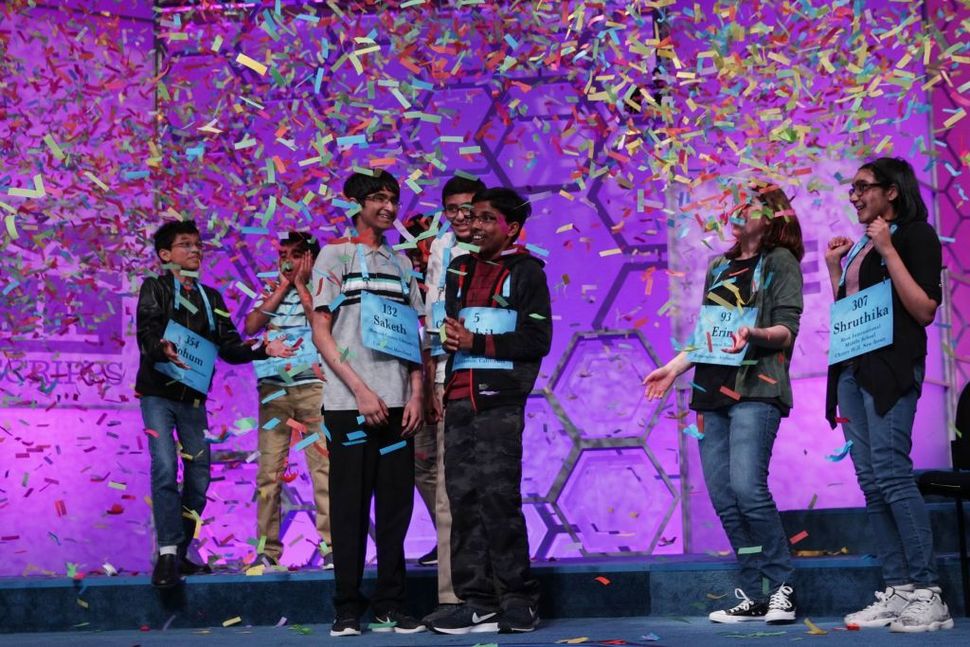 It was a huge week for world news: Robert Mueller celebrated an eerie last day of school, Israel made plans to hold a Groundhog Day-style election, and in the biggest upset, Guy Ritchie revealed impressive conversational Hebrew skills. Let’s get to the good stuff.

Blessings: The world can be a dark and a dangerous place, but this week you can say that you lived to see the first out-gay Orthodox person become a rabbi. Rabbi Daniel Atwood received smicha, rabbinic ordination, along with a group of men and women, from Israeli-American Rabbi Daniel Landes, after New York’s Yeshivat Chovevei Torah declined to ordain Atwood after his years of study at that institution. Think of the shehechianu prayer, which Jews say when we experience something for the first time — blessed, truly, is the God who sustained us and brought us to the season of seeing an openly gay man be ordained to serve his God and his community.

Celebration: In Jerusalem this week, 80 children who are deaf or hearing-impaired celebrated a massive, joint bar and bat mitzvah celebration. The new-inductees to Jewish adulthood used Israeli sign language to lead a service sponsored by the Jewish Agency and the International Young Israel Movement, the Jerusalem Post reports.

Color: Hey, new demographic studies show that there are way more Jews of color than you thought. They have been undercounted, ignored, erased, and excluded. So what’s the good news? We have more ethnic diversity in Judaism than we imagined, and we’re ready for a radical change. Not sure how to move forward? Tamar Manasseh’s essay about experiencing both racism and anti-Semitism as a black Jew might help. Or try Nylah Burton’s searing 2018 collection of real stories from black Jews who feel pushed out by their religious communities.

S-U-C-C-E-S-S: If you couldn’t spell these Hebrew and Yiddish words — Yiddishkeit, Holishkes, Tophet, Keriah, Lekach — don’t bother showing your face at a spelling bee, let alone at a JCC. These words all showed up at the Scripp’s National Bee yesterday, not fazing the largely apparently not-Jewish group of spellers in the least. On behalf of all Jewish people around the world, we have to give a particularly warm kol hakavod to 7th grader Rishik Gandhasri, who spelled both “Yiddishkeit” and “Keriah” correctly.

Torah: In the paraphrased words of Kander & Ebb. writers of the musical “Cabaret” — Farewell, mien lieber book of Leviticus, you were a fine affair, but now you’re over. This week we conclude the (arguably) most stressful book of the Torah with a hearty reading of parshat Bechukotai, which goes right ahead and tells you the dollar (shekel) value of every human — spoiler, men are worth more silver than women. Peep this outstanding outburst by the one and only gee-dash-dee, in the last pages of Leviticus:

If, despite this, you disobey Me and remain hostile to Me, I will act against you in wrathful hostility; I, for My part, will discipline you sevenfold for your sins. You shall eat the flesh of your sons and the flesh of your daughters. I will destroy your cult places and cut down your incense stands, and I will heap your carcasses upon your lifeless fetishes.

We’ll let God have the last word on this one. May it be a peaceful shabbat, with zero carcasses heaped on your lifeless fetishes. And we say, Amen.

This Was A Week Of Jewish Blessings: Gay, Orthodox Ordination, An 80-Person B’nei Mitzvah, And A Spelling Bee