Guy Ritchie Made Israeli Media Interview Him About ‘Aladdin’ In Hebrew — He’s Good! 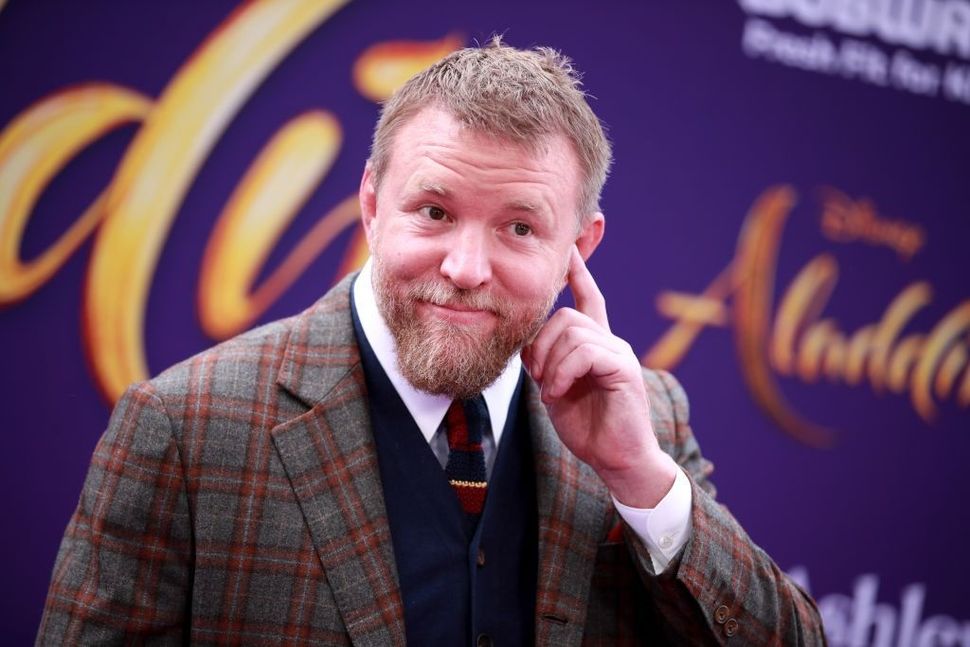 And yet Ritchie — and the very patient Israeli journalist speaking to him about the premiere of Disney’s “Aladdin” — conducted their conversation solely in Hebrew.

“My wife — she speaks Hebrew,” Ritchie slowly recited for Ynet journalist Shirit Gal, in very charming Hebrew. “So, um — sometimes when we are in front of our children, we speak in Hebrew.” He added, “So they don’t understand anything.”

It’s a tactic that many a Jewish-American parent has employed to circumvent their children, but Guy Ritchie is neither Jewish, nor American. The same is true for his wife, Jacqui Ainsley, with whom he has three children, who, interestingly, bear the names Rafael, Rivka and Levi. Ritchie’s ex-wife Madonna is also not Jewish, though it was during his relationship with the artist that Ritchie became compelled by the study of Jewish mysticism, or Kabbalah.

Ritchie, who comes from a highly pedigreed British family, has an obvious fascination with Judaism. His relationship to Kabbalah — rumored to include the installation of a fully kosher mikveh in his home — is most publicly demonstrated in his 2005 gangster movie “Revolver,” which Ritchie himself made clear was a thinly veiled parable of quasi-Kabbalistic beliefs.

Ritchie and Ainsley wed in 2015, and he turned her on to Kabbalah, followed by Hebrew, as she preferred to read the text in the original language. In an interview in the Evening Standard, the writer notes that Ritchie, with little prompting, “launch[es] straight into a conversation about its medieval massacre of Jews — ‘the darkest day for British Jewry,’ quoting a history book he’s just read.”

Okay! Guy Ritchie likes Jews. What’s not to like?

In the three minute interview, he managed to convey his feelings about Will Smith taking on Robin Williams’ iconic role of the Genie (“Yesh a challenge po”) as well as taking a Disney movie from animation to live-action (“Anachnu tzrichim l’hargish seret…hadash!”) But we should also give credit to Shirit Gal, the reporter who came prepared to do an interview in her second language, then pivoted to pull off an interview only using Hebrew vocabulary a fourth-grade Jewish day school student would know.

Ritchie’s teacher, he tells Gal, lives in Haifa. “This is hard for me,” he says, chuckling, and going on to explain that it was his daughter’s idea that he direct the movie musical. “Mah efshar l’asot?” he shrugs. “What can you do?”

Guy Ritchie Made Israeli Media Interview Him About ‘Aladdin’ In Hebrew — He’s Good!