Israel’s Democracy Is On The Ballot In The Upcoming Elections 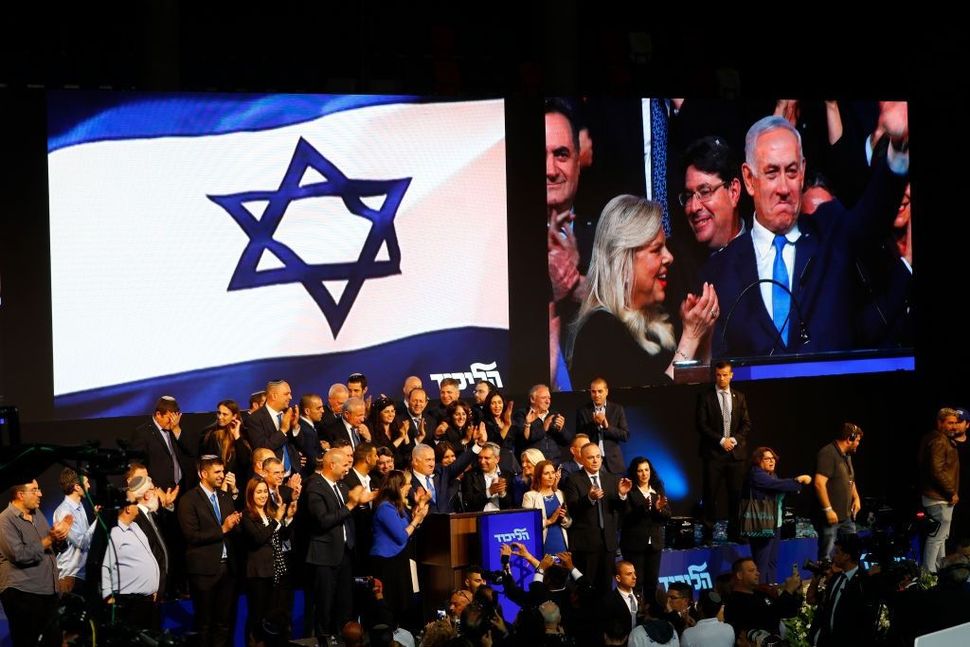 Since Prime Minister Netanyahu chose to have another general election later this year—rather than give Benny Gantz of the Blue and White party a chance to form a governing coalition—all attention has been focused on whether Netanyahu’s gamble will pay off and enable him to form a new government and possibly avoid criminal prosecution for corruption.

The future of the man who has dominated Israeli politics for the last decade is certainly a compelling political drama, but there’s a lot more at stake in the next Israeli election than just Netanyahu’s political future and personal freedom. The future of Israel’s democracy is also on the line.

I’m not suggesting that Israel’s democracy is in imminent danger. It isn’t. Proclaiming that Israel is on a fast-track to fascism or authoritarianism, as some of its harshest critics do, is inaccurate and alarmist. Indeed, the very fact that Netanyahu could not muster a majority in the Knesset and that another election will take place is evidence of Israeli democracy’s continued vitality. But there’s a lot more to democracy than just having a multiparty system and competitive elections.

Democracy, more specifically liberal democracy, also rests upon institutional checks and balances—including an independent judiciary—to prevent a concentration of power and the ‘tyranny of the majority.’ It also requires watchdogs like a free media to scrutinize and, when necessary, criticize the actions of policymakers and keep the general public informed. And there must also be an active civil society, with non-government organizations able to operate openly and freely. Israel still has all of these essential features of a liberal democracy, but over the past decade they have come under sustained attack and their future cannot be taken for granted.

Israel has a fiercely independent judiciary, at the top of which is a powerful Supreme Court that is able to overturn laws and overrule government decisions it deems unconstitutional. This power of judicial review, however, is now under threat from a so-called “override bill” that was first proposed by then Justice Minister Ayelet Shaked and has recently been backed by Netanyahu (as a way out of his legal troubles).

The bill would allow a simple majority in the Knesset to reinstate laws and actions that the Supreme Court invalidates (such as a future decision to grant Netanyahu immunity from prosecution). If passed, the bill would significantly weaken the Supreme Court’s ability to oversee the government and safeguard human rights and minority rights.

The rights of Israel’s Palestinian-Arab minority—roughly 21 percent of Israeli citizens—could be particularly at risk if the Supreme Court loses its power of judicial review.

Israel’s lively civil society is also under threat. Israeli NGOs that mostly receive funding from foreign governments—typically human rights and minority rights groups—are now required to state this in all their communications (thereby labeling them as foreign agents).

Groups that supposedly “act against the IDF,” like B’Tselem and Breaking the Silence, have been banned from entering public schools and speaking to students. These groups, which are outspoken in their criticism of the Israeli army’s treatment of Palestinians, have also been frequently denounced by Israeli policymakers, and activists working for them have been publicly vilified. Consequently, it’s becoming harder for certain kinds of civil society organizations to operate in Israel, and more risky for their employees.

Rightwing Israeli policymakers have not only taken aim at Supreme Court justices and leftwing activists. Artists and professors have also been assailed and their artistic and academic freedom challenged.

For instance, a so-called “Loyalty in Culture” bill proposed by the Minister of Culture, Likud’s Miri Regev, would allow her to withhold government funding to any cultural institution (such as a theater or film festival) that features work that is deemed to reject Israel’s identity as a Jewish and democratic state, or that commemorates the Nakba (what Palestinians refer to as the “catastrophe” of Israel’s founding in 1948 and their mass dispossession and expulsion). Although this bill has not yet been enacted, it could be passed in the next Knesset if the rightwing-religious bloc of parties wins a decisive majority of seats in the election on September 17.

The outcome of the upcoming election could have far-reaching implications for the quality of Israeli democracy. If the rightwing and ultra-Orthodox parties stay in power, then more illiberal laws and government actions are bound to follow.

To be sure, Israel will not suddenly become an autocracy, let alone a theocracy, but its democracy could gradually become less liberal and less inclusive—as has already been happening in recent years.

And if the next Israeli government officially annexes parts of the West Bank (a move that Netanyahu recently endorsed), then Israel could, sooner or later, completely lose its democratic character.

The slow decline of Israeli democracy is a prospect that should worry Israeli citizens first and foremost since it is their freedom and rights that could be endangered, especially the rights of Israel’s Palestinian-Arab citizens.

But American Jews—who are mostly liberal—cannot be indifferent to this development. For decades, they have taken comfort in the belief that whatever Israel did beyond the “Green Line” (its pre-1967 de-facto border), within it Israel was a flourishing democracy, unlike its neighbors. If American Jews can no longer take pride in Israel’s proclaimed status as “the only democracy in the Middle East,” then their support for Israel, and their identification with it, will also slowly wither.

Israel’s Democracy Is On The Ballot In The Upcoming Elections