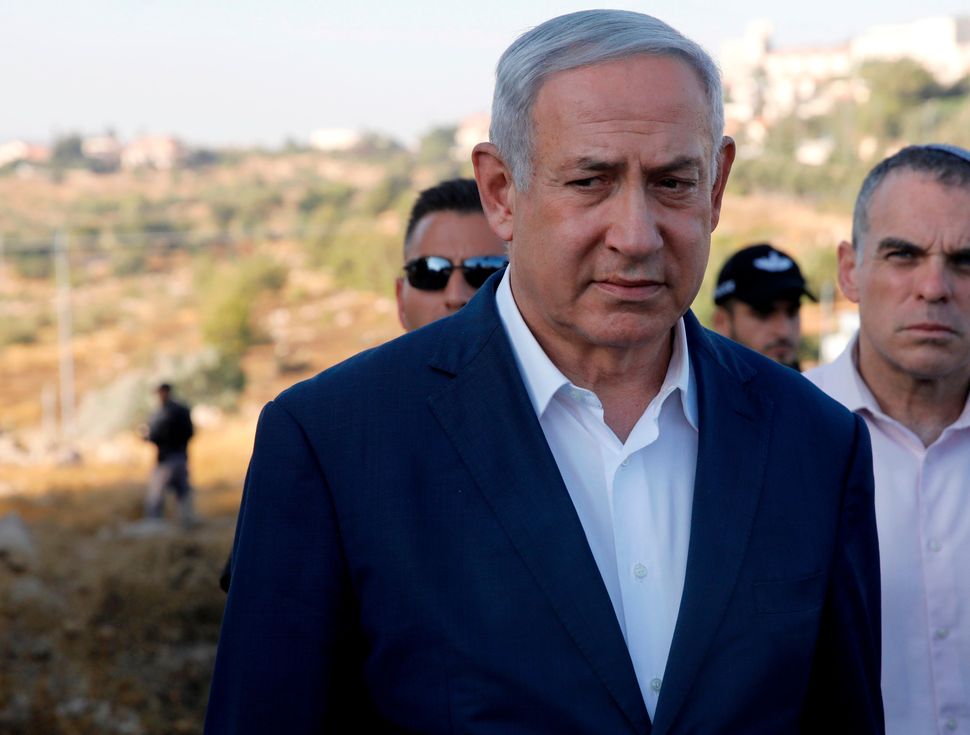 This morning, it was reported that Israel would be denying entry to two U.S. Congresswomen, Ilhan Omar and Rashida Tlaib, who sought to visit the West Bank and Jerusalem — this after Ambassador Ron Dermer said that they would be allowed entry. Israeli Prime Minister Benjamin Netanyahu has apparently bowed to pressure by President Trump to deny them entry.

The decision to bar them is foolish. While I understand the desire to close the door to people who have been extremely negative towards Israel, who have made anti-Semitic comments, and who promote and defend the boycott movement against my country, I think it’s the wrong move. Not allowing them into the country simply feeds their narrative that Israel is intolerant, has something to hide, and is bigoted.

It seems clear that the decision was made due to pressure from Trump, and Netanyahu’s fears of jeopardizing their good relationship. According to Axios, Trump said that if Omar and Tlaib wanted to boycott Israel, “then Israel should boycott them.” The site reported that this was related to top Israeli officials, though the White House denied it.

But today, the President of the United States erased all doubt, tweeting that it would “show great weakness if Israel allowed representative Omar and representative Tlaib to visit. They hate Israel and all Jewish people and there is nothing that can be said or done to change their minds. Minnesota and Michigan will have a hard time putting them back in office. They are a disgrace!”

It would show great weakness if Israel allowed Rep. Omar and Rep. Tlaib to visit. They hate Israel & all Jewish people, & there is nothing that can be said or done to change their minds. Minnesota and Michigan will have a hard time putting them back in office. They are a disgrace!

And if they really wanted to find ways to understand the conflict, to create peace and stability for the people of this region, they could visit the Tel Aviv Port at night as I did this week, where I found Muslims and Jews all enjoying a hot summer evening, ultra-Orthodox Jews pushing their children on the swings beside religious Muslims.

They could learn about the organizations in East Jerusalem working with the local Arab populations to empower them and help them integrate, could step inside the Hebrew classes of the Institute for Zionist Strategies, which offer alternatives to day camps that teach hate. They could spend the day with Muslim and Jewish first responders who volunteer for United Hatzoloh, saving lives together across the city.

They could come to Haifa, where Arabs make up 41% of the student body of the schools and universities. And I wish they could come and sit with the coexistence groups who work together such as the interfaith dialogue group which brought together Israeli Jews and Palestinian Authority Arab youth for meetings every two weeks.

I wish they would come and see with their own eyes how people here who actually live this conflict work to resolve it. It’s impossible to come to this country, to see the reality in which we live, and not understand a bit more. Even just interacting with Israelis, as human beings, has value.

Thanks to our Prime Minister, this will not happen.

Of course, the Congresswomen’s itinerary did not include my suggestions. The itinerary of their trip to “Palestine” — not Israel — is loaded with meetings with some of the most anti-Israel and anti-Semitic activists, as well as supporters of terror. It is a fully one sided trip, sponsored by an organization that spreads anti-Semitic blood libels, and includes no efforts to speak to Israelis or those working together towards an end to the conflict.

And yet, even just interacting with Israelis in the most minimal of ways, as human beings, has value. I’m sad that my Prime Minister has denied us the chance to show them what we are made of, how much we want peace and security for both peoples. Perhaps we could have found a way to get through. Now, we’ll never know.

At the end of the day, this country is a democracy, one that I’m very proud of. And while we do have a law that says we can bar people who boycott us, I think not admitting these to Congresswomen will simply feed the vitriol that they so willingly dish out. It will add fuel to the blazing inferno that feeds anti-Zionism and anti-Semitism. It will be said that they are being barred only because of their religion, in blatant disregard of their anti-Israel activity. In fact, Congresswoman Alexandria Ocasio Cortez is already on it, as is Congresswoman Betty McCollum.

MoC are frequently asked to visit Israel to “see things for ourselves.”

But Netanyahu choosing to ban the only 2 Muslim women in Congress from entering tells the US that only *some* Americans are welcome to Israel, not all.

Far from avoiding conflict, this move will only add to the negative perception of Israel and her government. It’s already done damage to our image, even among our allies, with AIPAC, Nancy Pelosi and others calling for the decision to be reversed. We cannot alienate those who stand by us. US political battles should not decide Israeli political decisions. The people of this region, all of us, deserve better.