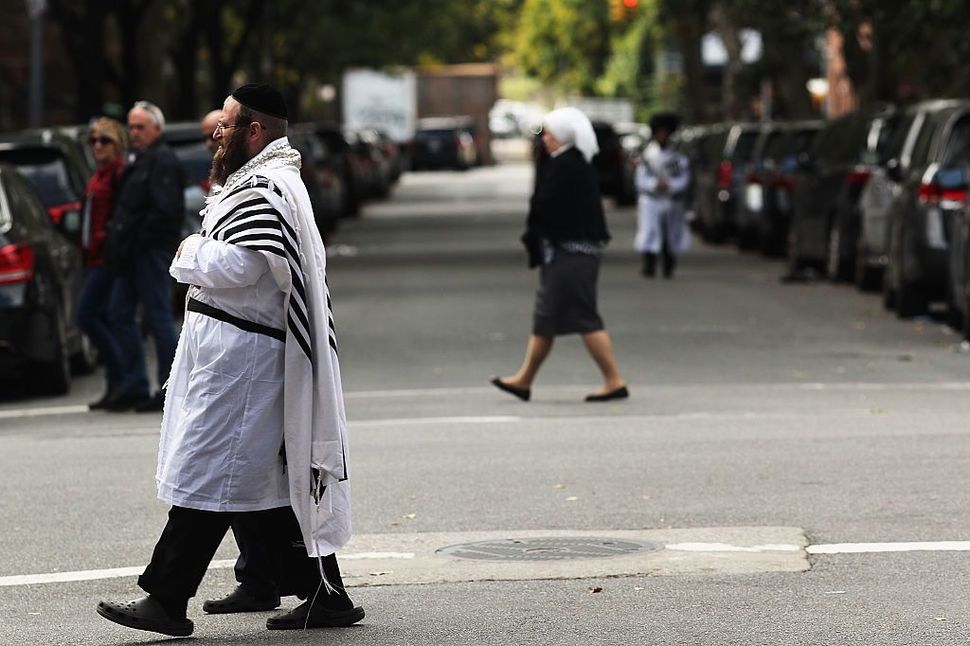 As anti-Semitism continues to rise in our streets and Jewish identities are being stolen by white supremacists intent on stoking division, many in the Jewish community are calling for unity. But an insidious infighting of a new sort has begun to take shape over whether we are allowed to criticize Jewish groups at a time when we are all feeling so threatened. What do we do about legitimate criticisms at a time of rising hate speech against us? What role does for example legitimate concerns and advocacy for better education in Hasidic schools play when a major political party of a county with an exponentially growing Jewish population puts out a shrill video that would make Goebbels proud?

Many believe that in situations like we Jews find ourselves in, criticism is no longer valid. It’s just too dangerous.

The problem, as I see it, is the conflation of legitimate criticism with blatant anti-Semitism, by both by Jewish apologists for problems in the Hasidic community who know better, and by the anti-Semites themselves. The solution lies, as it usually does, in scraping the barrel for nuance.

I have observed this phenomenon over the past few months, on Twitter and offline, and I am angry. I am angry at how this debate has divided the Jewish community, but more importantly, I am dismayed at the obtuseness of Jewish men and women who point to activists and those who dare criticize the Haredi community as feeding anti-Semitism.

I have written prolifically about growing up and leaving the stringent Hasidic community of Kiryas Joel. I have written about the dismal lack of a rudimentary secular education for boys, and the viciousness of my former community’s modesty police — men who deemed me unfit to live amongst them.

I have also gone to great lengths to tell my story with nuance and respect for my family, whom I love dearly. But, as one would imagine, my writing does not typically portray my former Hasidic community in a positive, uplifting light.

For that, I’ve been called a traitor and a muckraker, an angry expat with an axe to grind. Apologists and spokespeople on Twitter have labeled me a self-hating Jew, and worse yet, a kapo. My inbox is filled with lengthy missives about my soul rotting in hell for the life I have chosen to live.

I heard through the grapevine of yentas that my mother is still pitied for her grown daughter’s life choices. “Poor mother of hers cries at lecht bentchen every Friday night,” a cousin said.

Is my mother aware that she’s the source of pity parties, I often wonder? If she is, she certainly never lets on. She has shown tremendous love and acceptance over the years, far beyond what her peers have shown their wayward children. She attends my children’s school celebrations, proudly standing out in her Hasidic attire, and barely flinches at the display of modernity that challenges the tenets of her beliefs.

She pinches her grandson’s cheeks at his non-traditional bar mitzvah and tells him she loves him, sentiments she hadn’t expressed in my own childhood. To say I love her would be the understatement of my life.

When I write about her community, I consider that she might read or hear of it. I think of my sisters and their burgeoning families. They didn’t earn the ire of those who are incapable of reading past clickbait and holding two complementary truths: injustices and systemic oppression are commonplace in Hasidic and ultra-Orthodox communities, and being born into this society doesn’t make you responsible for its ills.

Despite my efforts at presenting the community with nuance, these ad-hominem attacks have forced me to sit with the uncomfortable truth that exposing the grimy underbelly of an insular community can, in fact, produce good fodder for haters and anti-Semites. Many fellow journalists from communities that are typically targeted — be it Jewish or otherwise — have told me they have experienced similar dilemmas.

This dilemma is all around me. I live in Rockland County, the hub of contentious zoning and school board battles between secular suburbanites and an ever-growing ultra-Orthodox and Hasidic population, bursting at its seams. Orthodox Jews send their children to private Jewish schools, and expansion outside its longstanding parameters often involves changing school districts. Zoning laws are modified to accommodate growing families, and old-timers go to town accusing the newcomers of a kind of urban decay/reverse gentrification.

The fear is palpable on my side of town, emanating from both ends of the battlefield. We live in a mostly secular neighborhood that has seen a steady trickling in of Hasidic Jews. The state border runs through my street, turning into Mahwah, New Jersey, a township that made the news last year for opposing extension of an eruv in their borders, and for an attempt to restrict Orthodox Jews’ access to the township through its parks.

I could not ignore the overt anti-Semitism rooted in these actions. Living in this town, I often wonder if I carry some responsibility for the perception of Hasidic Jews. Their growing presence in my neighborhood and my own complicated feelings that ensue only amplify my ambivalence over the role my writing plays.

But while I am as concerned of othering and fearful of hate as the Jew who wears their Judaism in their tzitzit or head-covering, I also refuse to accept that we cannot expose wrongdoings and injustices lest we feed the beast that is anti-Semitism.

Jews of all stripes can — and should — vociferously denounce anti-Semitic attacks against our brethren, and we should raise our voices in unison against those who try to use our words of criticism to justify hate, bigotry and outright violence. But ignoring the injustices in our midst would be a travesty in itself.

This summer, an Orthodox Jewish man in the Catskills uploaded a video of a driver in the lane next to him throwing profanities and verbally accosting him. The man, a resident of Monticello where another Jew was brutally beaten while walking to Sabbath prayers one Friday night, used old anti-Semitic canards. He called Jews pedophiles, leeches and inbreeders.

He could have used my words as inspiration. But acknowledging this reality is recognizing that, as with all other forms of bigotry — racism, sexism, xenophobia — words can be stolen and misappropriated, and there is nothing any one of us can do to change that.

While I shudder at the thought of an innocent Hasidic man being beaten bloody, and feel a spark of unease take rise when a political party in my community sanctions fear-mongering, calling the influx of Orthodox Jews a “takeover,” I reject the notion that exposing malfeasance that plagues the Jewish community — and thus delaying justice — is an antidote.

We must fight both. As Viktor Frankl wrote, “No group consists entirely of decent or indecent people.”

Frimet Goldberger is a freelance print and radio journalist, and a business owner. She is a regular contributor to the Forward, where she covers important issues within the ultra-Orthodox and Hasidic Jewish communities.