Forum: A Guide To Our Coverage Of Bernie Sanders’s Anti-Semitism Op-Ed 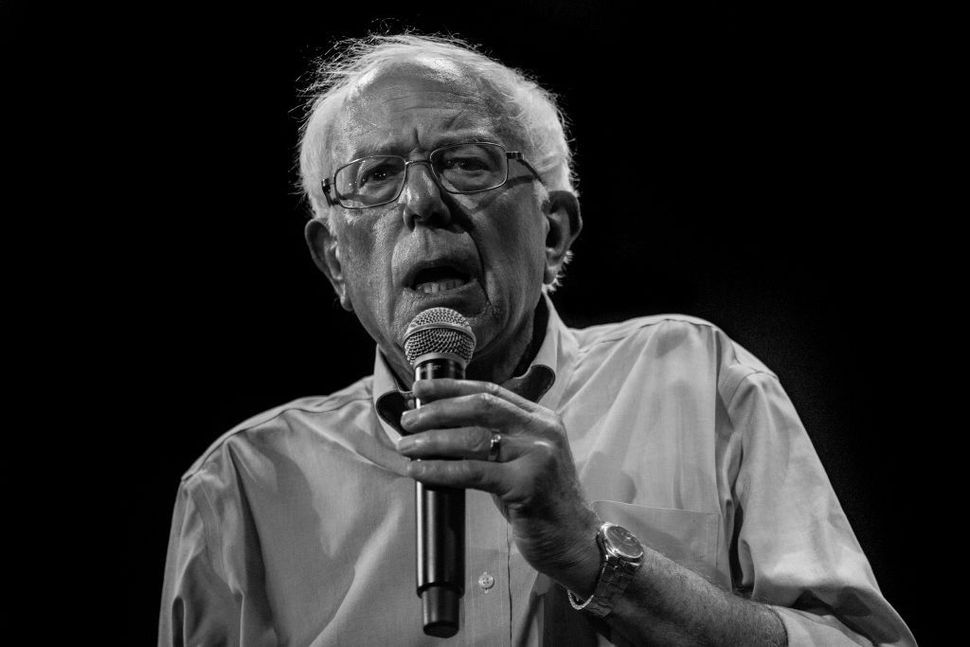 On Monday, the magazine Jewish Currents published an essay by Democratic presidential candidate Bernie Sanders, about his experience as an American Jew and his philosophy on fighting anti-Semitism.

Sanders’s article, his most personal yet, not only touched on anti-Semitism but also his views on white supremecy, the Israeli-Palestinian conflict and Zionism The piece generated so much traffic that Jewish Currents’s server crashed shortly after it posted.

Not surprisingly, a piece by America’s first serious Jewish presidential contender delving into hot-button issues now, when anti-Semitism is the highest it has been in decades, has sparked a myriad of conversations. Forward contributors have weighed in on all sides.

In opinion, writer and political commentator Abe Silberstein praised Sanders for taking what he considered a bold stance on Zionism, and said the piece “resembles more the political treatises that once appeared in the hallowed pages of Partisan Review and Dissent during their heyday than anything a contemporary American politician would typically say.”

Author and scholar Debora Lipstadt complimented Sanders’s shrewd analysis of right-wing anti-Semitism, but she found his essay ultimately fell short of its potential by failing to see the danger right in front of his face — among his progressive political colleagues here at home and abroad.

Writer and political analyst Alex Zeldin used the weighty substance of Sanders’s article as a jumping off point to imagine what it would really mean to have a Jew in the White House. He lays out what we already know a Sanders presidency would look like but ultimately shows us that Sanders has not really tipped his hand so much after all.

New Jersey writer, Eli Steinberg, called out Sanders for leaving the current spate of violence against Orthodox Jews in Brooklyn out of his treatise on American Judaism. Steinberg argues that by glossing over the needs and safety of the Orthodox community, Sanders’s assessment of anti-Semitism is dismissively incomplete: “In the end, Sanders is not telling us how to fight anti-Semitism. His piece would be more accurately titled ‘Don’t want to deal with your anti-Semitic allies? Blame everything on Trump.’”

Izabella Tabarovsky, a writer based in Washington D.C., warned Sanders against leaning too hard on progressivism as a cure for anti-Semitism, as many Jews did in the early days of the Soviet Union. “Thirty years after those promises were first made,” she writes, “Soviet Jews — and it is they, of course, that I’m talking about — found that anti-Semitism was still part of their lives. But their Jewishness was now gone, leaving them with fewer resources than ever to stand up for themselves.”

Forum: A Guide To Our Coverage Of Bernie Sanders’s Anti-Semitism Op-Ed