American Jews’ hysteria about annexation has nothing to do with Israel 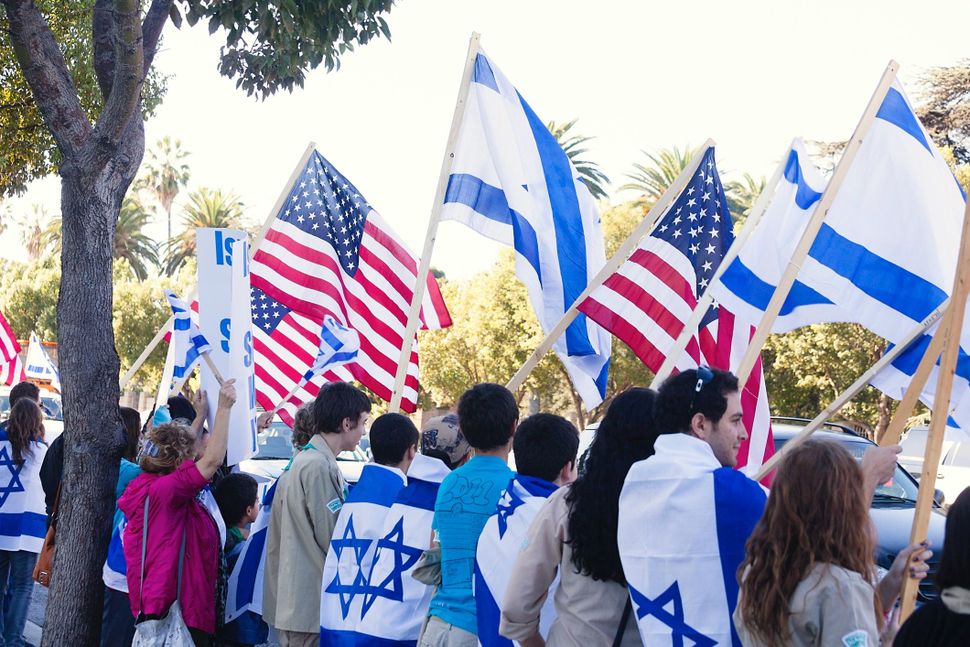 There are plenty of things to argue about these days. The presidential election is a mere 125 days away, and the country is enmeshed in a series of overlapping crises, fueled by long-simmering resentments and cabin fever months in the making.

And in the midst of all this, American Jewry is convulsed by the question of Israel annexing a handful of settlements in the West Bank and the Jordan Valley.

This is not, of course, a trivial question. The assertion of sovereignty is a fraught subject that touches on the future of the West Bank, the possibilities of Palestinian statehood, and the size and physiognomy of the Jewish State.

These are crucial questions that get to the heart of Israel’s character as a democratic state, so you might expect such questions to matter most of all to Israelis, who will have to live with the consequences. You would be wrong.

In fact, the numbers coming out of the Holy Land are muddled, suggesting a lack of enthusiasm for both annexation and the topic. According to the Israeli Democracy Institute, roughly half of Israelis support annexation. Reflecting the nation, Benny Gantz, a crucial factor in U.S. approval of the plan, has been unenthusiastic and ambivalent. And while Israeli doves who support larger territorial withdrawal are a miniscule flock, Netanyahu has caught flak from his right for the limited nature of the plans.

More than anything, Israelis have greeted news of possible annexation with a resounding “Meh,” more worried about jobs than settlements. “One million unemployed people do not know what we are talking about right now,” Gantz told Ynet.

But the American Jewish world is in an uproar.

The major Jewish American organizations are under intense pressure to have a position on annexation, a challenge they are not meeting with much success; the giants are showing the strain. A widely circulated essay from one of American Jewry’s most mainstream organizations, the American Jewish Committee, promised to “explain Israel to the wider world,” even as it struggled to explain where it stands on the crucial question of sovereignty. Meanwhile, the American Israel Public Affairs Committee released a statement claiming that it neither endorses nor opposes annexation. And a leaked memo reveals the Anti-Defamation League preparing to “game out how to respond to accusations of Israel being racist and an apartheid system and when to respond in public and when to respond in private.”

These institutions, already struggling to navigate a volatile moment, are providing confused guidance, alternatively alienating the right and an energized Jewish left that sees anything but full-throated denunciation of annexation as tantamount to endorsement of apartheid.

If Israeli Jews are shrugging, American Jews are stammering.

This gap between Israeli and American Jews’ response to annexation has laid bare an important truth: Israel is the main stage of the Jewish world, and American Jews are sitting in the cheap seats, a peanut gallery desperate for a voice and a vote. Sure, you can hear their grumbling from the stage, and they might occasionally disrupt the show. But you would never confuse them for the talent.

Annexation has provided an American Jewish community anxious about its own survival and importance with a renewed opportunity to jockey for position. In other words, what is actually at stake in Jewish American debates over annexation has more to do with New York than Jerusalem. The text is a debate about Israeli policy, the pretext a concern for Israel’s future, but the subtext is a larger fight for power in the American Jewish world, a struggle for institutional clout and public opinion and even survival. The consternation over annexation is less a referendum on Israel than a reflection of the Jewish American landscape, which reveals a community in flux.

This does not mean that the stakes are lower. On the contrary, because the front is here rather than there, the effects and outcomes are felt intimately. And while it’s true that American Jews have always followed events in Israel with boisterous attention, the dynamic is now more hysterical and twitchier, and less connected to any actual results on the ground; if annexation is delayed, it will certainly be because of the Trump administration, not because of American Jews.

Still, even as signs surface that American Jews are distancing from Israel, the awkward reality is that we can’t pull away quite yet. We have too little of our own by way of a new kind of Jewishness, and too many old feelings. Our identity is still bound up with what happens there, and our sense of self and tribe is too linked to Israel’s actions.

We would all benefit from realizing that what we talk about when we talk about Israel is really ourselves: what our community is, and where it’s headed. Israel is certainly a central part of that conversation. But as with all relationships, a little more introspection and a lot more honesty would make things better for everyone involved.

The future of Jewish life is being written here, too. And we’re the ones holding the pen. It’s time we started writing our own story, instead of using someone else’s to avoid it.

Ari Hoffman is a contributing columnist at the Forward, where he writes about politics and culture. His writing has also appeared in The Wall Street Journal, Tablet Magazine, The New York Observer, Newsweek, Mosaic Magazine, The Jerusalem Post, The Times of Israel, and The Tel Aviv Review of Books. He holds a Ph.D. in English Literature from Harvard and a law degree from Stanford.

American Jews’ hysteria about annexation has nothing to do with Israel