This Black Friday, commit to boycotting companies that use forced Uighur labor 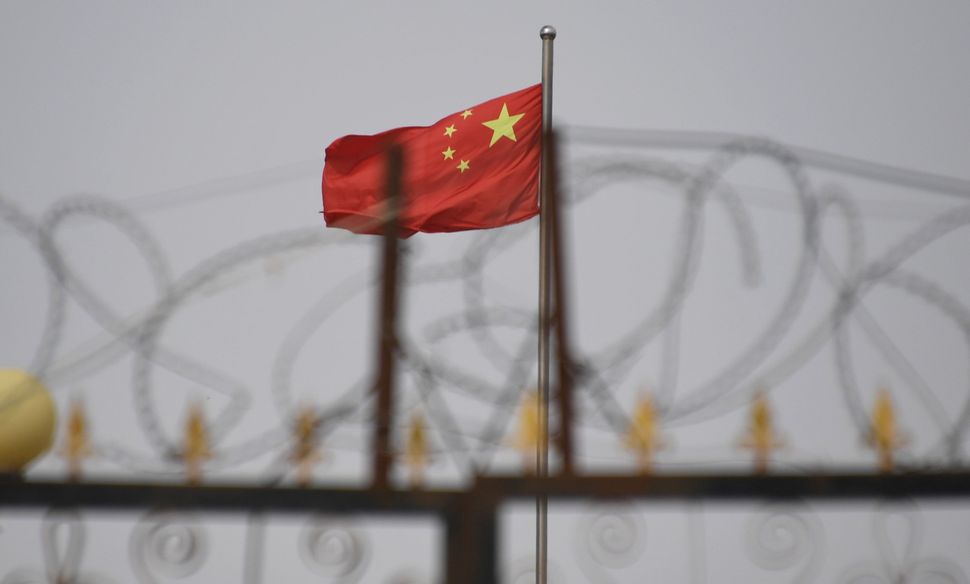 Many of us are familiar with the thrill of Black Friday shopping: anxiously counting down the minutes to the sale, frantically entering our credit card information, smiling with satisfaction as we receive our confirmation emails, happily awaiting our packages.

But this year, as we dive into the rush of holiday sales and bargains, our purchases may come at an unexpected cost.

Take those Nike sneakers you’ve been eyeing for a while. As of January 2020, nearly 600 Uighur workers from China’s Xinjiang region were forced into labor by Qingdao Taekwang Shoes Co. Ltd, Nike’s primary manufacturer. During the day, these laborers spend hours working in a factory, and at night they are forced to receive Mandarin lessons and ideological training. Uighur workers are barred from practicing Islam — their religion — and prevented from maintaining their dietary restrictions. They are kept in separate living quarters from paid laborers. When workers are allowed to roam the few meager blocks beyond the compound, Chinese officials monitor their every move.

Thousands of Uighurs across China currently face conditions similar to those in Nike’s factory. This involuntary labor, restriction of movement, and attempted re-education is disturbingly reminiscent of Nazi Germany. Many of China’s current actions against the Uighur people parallel the persecution Jews faced during the Holocaust: Hundreds of Uighur mosques and cemeteries have been demolished, thousands of Uighurs have been forcefully transported to labor camps in trains, and the Chinese Communist Party has been broadcasting propaganda videos portraying the camps in a spuriously positive light.

Yes, history is a mirror. just like how you even exactly copied Nazi Germany’s propaganda video that defended concentration camps 80 years later.pic.twitter.com/FUsOQknM72 https://t.co/6rP5loJ2BU

Under the guise of “vocational training” and “patriotic education” classes, Chinese officials attempt to strip Uighurs of their cultural identities. Uighur women endure forced sterilization, abortions, and birth control, all as part of China’s horrific attempt at genocide.

One way we can shepherd in meaningful change is through concerned political activism. The U.S. Senate is currently sitting on a bill called the “Uyghur Forced Labour Prevention Act.” If passed, this bill would generate a default assumption that any product produced in Xinjiang was made using forced Uighur labor, unless the company proved otherwise. Any product made with forced labor is illegal to import into the U.S. This would be a huge step in the right direction, both to end our own complicity as consumers and to economically pressure the Chinese government into ending the genocidal oppression of the Uighur people.

If you are in America, please reach out to your senators here to let them know that you care about the passing of the UFLPA. If it isn’t passed before the end of the year, it will need to go through the House again, and this much needed action may fall by the wayside.

But there’s something else you can do, too: By buying the products produced in Uiyghur concentration camps, we may be unwittingly involved in one of the worst human rights abuses of the century. Had we been consumers in 1939, many of us would have adamantly boycotted companies we knew to be complicit in the Holocaust. In fact, today, 81 years since the start of World War II, many Jews still refuse to buy cars from Volkswagen and BMW, which directly profited from the labour of enslaved Jews during the Holocaust.

Today, these very companies are still profiting off the backs of exploited workers, although now those workers wave a different flag. Thousands of Uighurs are currently detained in Chinese concentration camps, forced into working the supply chains of products we purchase every day.

As a nation so familiar with the atrocity of attempted extinction, Jews now have an opportunity, and indeed, an obligation, to help the Uighur people. It may seem impossible to help a person thousands of miles away, in a region you may have never even heard of. But through the simple act of choosing our products carefully, we can slowly erode the unethical supply chains that fuel Uighur abuse.

In fact, we’ve already seen positive changes made as a result of public pressure: Adidas, Lacoste, Tommy Hilfilger, Calvin Klein, Eileen Fisher, and Patagonia have all promised to cease business with suppliers who exploit Uighur labor.

This is promising evidence that changing our purchasing habits and calling out injustice can and will lead to concrete change.

This Black Friday, as you look into your shopping cart, remember that you are not as far removed from China as you might think. Since 20% of the world’s cotton comes from China’s Uighur region, many of your favorite companies are likely profiting from Uighur exploitation. Though these brands may not be using forced Uighur labor in their primary production, they source their textiles from Chinese factories that are likely exploiting Uighur workers.

We urge you to look into the brands you generally support, and to do your own research when buying new products. If you learn that a favorite brand of yours has an unethical supply chain, consider an ethical alternative, and let the company know about your concerns.

Check out a list of complicit and non-complicit companies here, on our website. It may seem hard to give up on that amazing deal you’ve been waiting for, or to make a consistent change in your consumer habits. But this year, in our quest to end China’s genocide of the Uighur people, let’s take a page out of Nike’s book: Just do it.

Fortune Manopla is a senior at Macaulay Honors College at Hunter College studying psychology. Chantal Polinsky is a junior studying psychology and human rights at Macaulay Honors College at Hunter College. Jonah Kaye contributed to this piece. The Jewish Movement for Uyghur Freedom is an international and multi-denominational Jewish movement seeking to organize Jewish communities around the world to take action against the Chinese government’s ongoing genocide of the Uyghur and other Turkic peoples in the Xinjiang/East Turkestan region.

This Black Friday, commit to boycotting companies that use forced Uighur labor